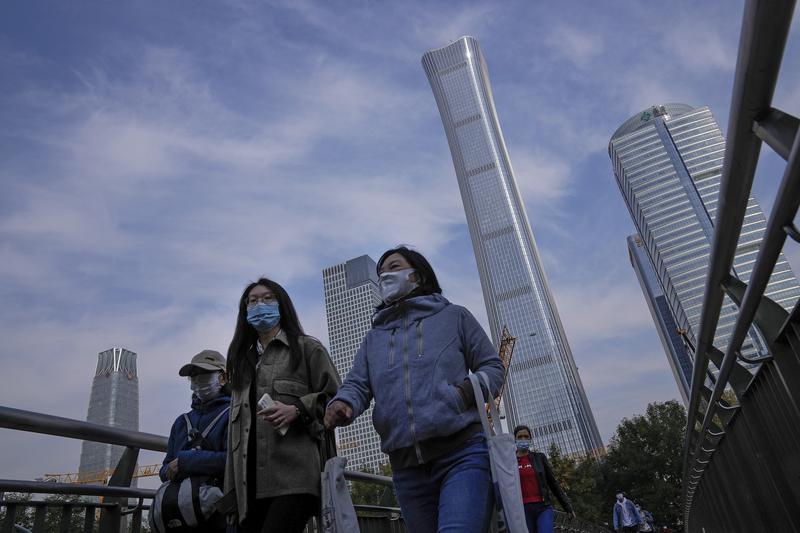 People wearing face masks to help protect from the coronavirus walk on a pedestrian overhead bridge past construction cranes at the central business district in Beijing, Oct 18, 2021. (ANDY WONG / AP)

Of the new local cases, 16 were reported in Inner Mongolia, six in Gansu, three each in Beijing and Ningxia, and one in Shandong, the commission said.

Monday also saw 14 new imported cases, of which four were reported in Guangdong, two each in Shanghai, Henan and Guangxi, and one each in Beijing, Fujian, Shandong and Sichuan.

Shanghai reported one new suspected case, which was imported from outside the mainland. No new deaths from COVID-19 were reported on Monday, it added.

The total number of confirmed COVID-19 cases on the mainland had reached 96,840 by Monday, including 603 patients still receiving treatment

The total number of confirmed COVID-19 cases on the mainland had reached 96,840 by Monday, including 603 patients still receiving treatment. Among them, 21 were in severe condition.

A total of 91,601 patients had been discharged from hospitals following recovery on the mainland, and 4,636 had died as a result of the virus.