Virus: S.Korea's Moon says country back to normal by Nov 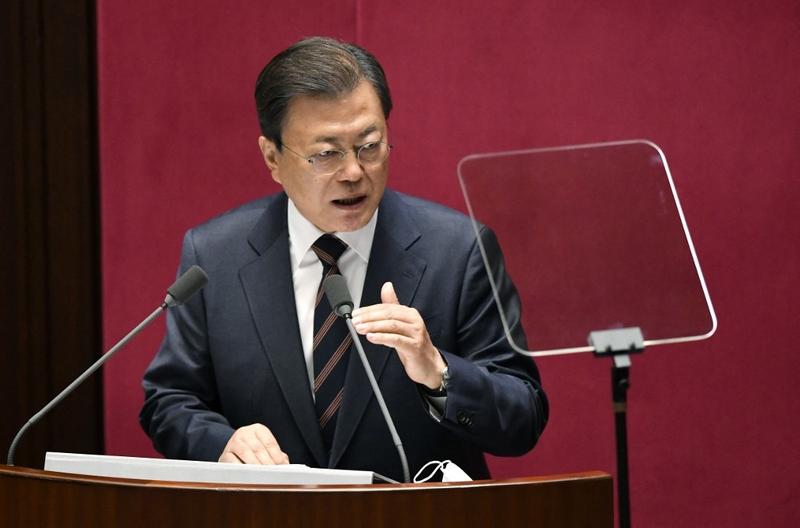 Moon made the remarks in his budget speech at the parliament, saying the country will launch a gradual return to normal life in November based on the stable virus containment and the high vaccination rate.

He said the businesses of small merchants and self-employed people, hit hard by quarantine measures, will gradually recover while offline classes will be normalized amid the normal operations of welfare centers.

The president, however, noted that the basic antivirus measures, such as wearing masks, will be maintained to switch into a sustainable system to tackle the pandemic.

Moon's remarks came as the country's full vaccination rate topped 70 percent of the population, which was seen by the government as a major precondition to gradually ease antivirus measures.

Moon noted that the government will maintain an expansionary fiscal stance next year to bolster economic recovery, narrow inequalities and raise investment for the digital and green economies. 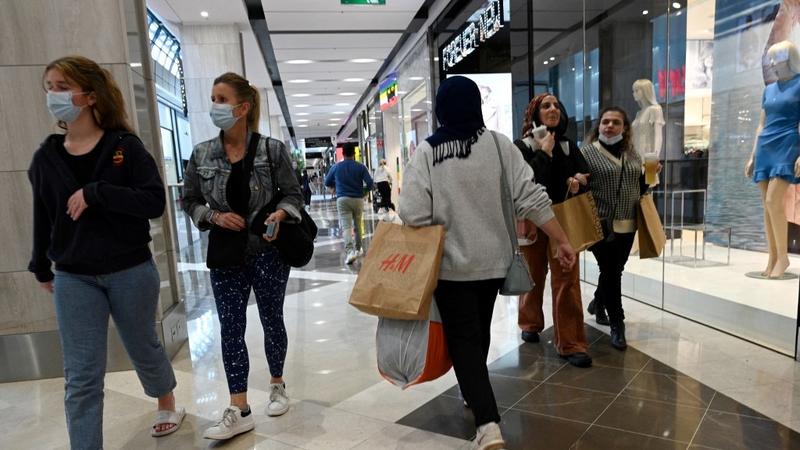 People walk in a shopping mall as retail businesses reopen to the public after a 106-day lockdown against the COVID-19 coronavirus, in Sydney on Oct 12, 2021. (SAEED KHAN / AFP)

Australian officials plan to roll out COVID-19 booster shots soon to prevent a resurgence of cases, as residents in the two largest cities of Sydney and Melbourne begin to enjoy more freedoms after months-long curbs.

Australia has ditched its COVID-19-zero strategy in favor of suppressing the coronavirus, after largely stamping out infections for most of this year, and is now aiming to live with the virus through higher vaccinations.

Officials are gradually shifting their focus to booster shots as double-dose vaccinations levels in Australia's adult population nears 75 percent. Almost 87 percent of people above 16 have received their first dose since the national rollout began in February.

"We think what is going to happen is that a booster shot will be made available from six months from your second dose," Lieutenant General John Frewen, head of the vaccination taskforce, told the Australian Broadcasting Corp on Monday.

Advice from the country's immunization advisory group on booster shots "is imminent", he said, adding health workers, and staff and residents in aged care and disability centers would be offered the doses in the initial phase.

Amid a surge in vaccinations, Victoria on Monday logged its lowest rise in daily infections in nearly three weeks at 1,461, while cases dipped for the fourth straight day in neighboring New South Wales to 294.

Officials in Victoria are looking to ease more restrictions on gatherings and movement on Friday, just a week after Melbourne, the state capital, exited its sixth lockdown during the pandemic. Sydney lifted its lockdown two weeks ago.

Double-dose vaccination rates in Victoria's adult population will top 80 percent by then - a level where masks will not be mandatory outdoors and people free to travel throughout the state.

That rate neared 85 percent in NSW, home to Sydney, with the state tipped to hit 90 percent next week. The next set of restrictions will be eased on Dec 1, when the lockdown rules will lift for the unvaccinated, according to the state's reopening plan. 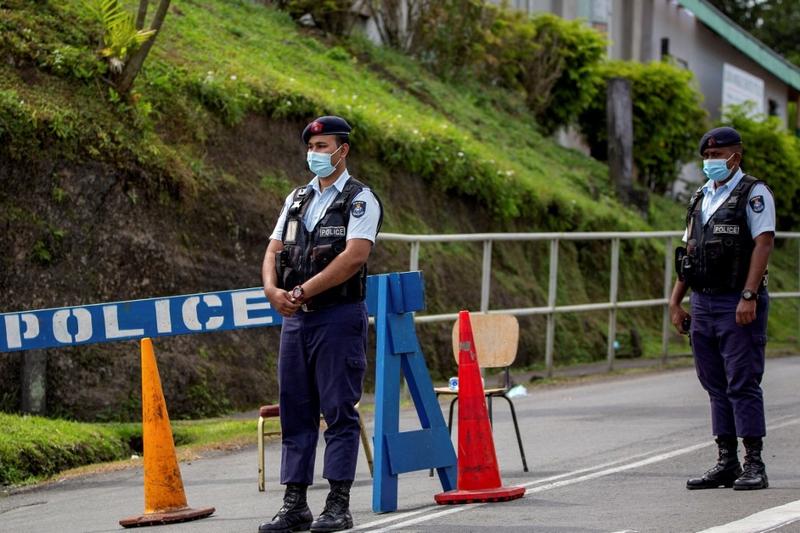 In this file photo taken on Aug 9, 2021, police officers keep watch at a security picket outside a vaccination center in Suva amid a rise in COVID-19 coronavirus cases in the Pacific nation. (LEON LORD / AFP)

Tourists from Australia, New Zealand, the United States, Britain, the United Arab Emirates, Canada, Qatar, Germany, Spain, France, South Korea, Singapore, Switzerland, Japan and most Pacific island countries and territories will be allowed to enter Fiji without quarantine requirements from Nov. 11, ahead of the official reopening on Dec 1.

The travelers are required to show proof of vaccination and test negative for the virus 72 hours prior to their departure. After arriving in Fiji, they will spend their first two days inside their hotel premises, and can use all hotel amenities.

A Rapid Diagnostic Test taken 48 hours after their arrival will allow them to explore the travel-safe areas, where they can take part in tours, shop for souvenirs and eat at restaurants.

Indonesia’s President Joko Widodo pushed for travel to reopen in Southeast Asia, saying this would help economic recovery in the region that has seen coronavirus cases recede.

He said the Association of Southeast Asian Nations needs to hit its vaccination target of 70 percent of the population of over 650 million people as soon as possible so that economies could reopen safely.

Jokowi, as the president’s known, has been pushing for a regional travel corridor arrangement since late last year. Instead, each country has set up bilateral deals with nations around the world, with Singapore reopening to North America and Europe while Thailand scrapped quarantine rules for 46 countries while excluding Indonesia.

Southeast Asia has one of the highest levels of restrictions in the world and it is crucial for the region to have a vaccinated travel corridor, Jokowi told the Asean Business Summit in Brunei via video link.

His remarks will be followed by other world leaders at the event, including UK Prime Minister Boris Johnson and Australian Prime Minister Scott Morrison.

Tokyo and three surrounding prefectures of Kanagawa, Saitama, and Chiba, as well as Osaka on Monday lifted the COVID-19 restrictions on eateries following an ongoing downward trend in infections across Japan.

Containing measures on the serving of alcohol and the operating hours in restaurants in the capital and Osaka was first lifted in 11 months.

Daily confirmed COVID-19 cases fell to 236 across the country on Sunday, compared to more than 25,000 reported in mid-August in the fifth wave of infections. Tokyo confirmed 19 daily infections on Sunday, the fewest since June 17 last year.

In Tokyo, around 102,000 eateries certified as having necessary anti-COVID-19 measures will be no longer subject to a request to stop serving alcohol by 8:00 pm local time. However, about 18,000 uncertified dining establishments will need to continue following the old restrictions and must stop serving by 9:00 pm local time.

In addition, all eateries will be requested to limit group sizes to four people per table, and for larger groups, proof of vaccination will be required.

The Tokyo metropolitan government said it would reinforce anti-COVID-19 measures through the end of November to promote the recovery of social and economic activities while preventing a resurgence in infections.

Malaysia reported another 5,666 new COVID-19 infections, as of midnight Sunday, bringing the national total to 2,431,716, according to the health ministry.

Twenty of the new cases are imported, with 5,646 being local transmissions, according to data released by the ministry.

Another 46 more deaths have been reported, bringing the death toll to 28,400. 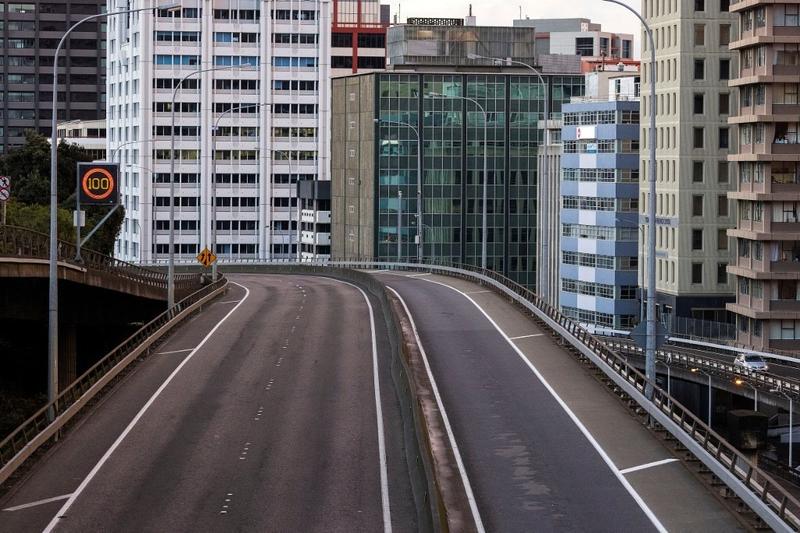 This file photo taken on Aug 18, 2021 shows an empty highway during a nationwide COVID-19 lockdown in Wellington. ( MARTY MELVILLE / AFP)

New Zealand reported 109 new locally acquired coronavirus cases on Monday, the bulk of them in its largest city, Auckland, as the country saw its second-worst day of daily infections since the pandemic began.

Once the poster child for stamping out COVID-19, New Zealand has been unable to beat an outbreak of Delta variant of COVID-19 centered in Auckland, despite the city remaining under a strict lockdown for more than two months.

The country over the weekend also reported the first community case of the virus in its South Island in nearly a year, a cause for further headache, though health officials said the risks of a further spread from the case remained low.

The spike in cases has forced Prime Minister Jacinda Ardern to abandon her elimination strategy and switch to living with the virus, and health officials have warned of an uptick in cases until vaccinations ramp up.

Coronavirus cases in the island nation of 9 million have been surging in recent weeks, with 385 new cases recorded on Thursday, according to latest available government data.

There have been 26,731 officially confirmed cases and 329 deaths in the country 150 km north of Australia.

Less than 1 percent of the population has been fully vaccinated, according to Our World in Data figures, although the government anticipated months ago that it would have enough shots by now for everyone who wanted to be vaccinated.

According to the PNG National Control Centre for COVID-19, all major hospitals have been hit with rising cases.

The approved guidelines dated Oct 13 generally recommend booster shots of the same vaccine brand. Those who got inoculated with COVID-19 vaccines from Moderna, AstraZeneca and Sinovac can also get an additional dose of Pfizer’s shot. For those with weak immune systems, including those undergoing cancer treatment and dialysis, a third dose of the same vaccine brand is being recommended. 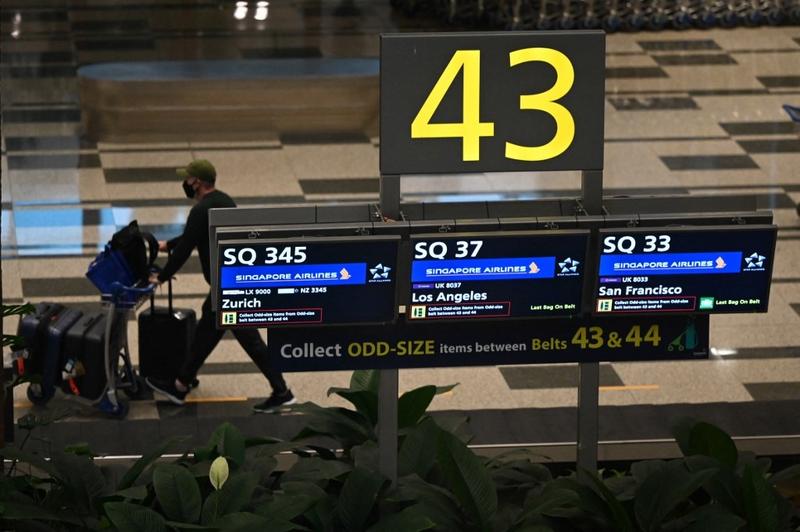 Singapore’s Ministry of Health issued a correction order to website Truth Warriors over claims that COVID-19 vaccines are not effective.

International evidence shows categorically that vaccines cut COVID-19 infection, as well as serious illness and mortality rates from the virus, the ministry said in a statement on Sunday. Truth Warriors, which says it is made up of a local community in Singapore, also claimed that Ivermectin is a potential treatment for such illness.

Vaccine hesitancy has been an issue as countries try to ramp up their numbers of fully vaccinated people to reach so-called herd immunity levels. Health officials around the world are also struggling with misinformation about alternative treatments for COVID-19.

Turkey on Sunday confirmed 24,792 new COVID-19 cases, raising its total tally of infections to 7,851,805, according to its health ministry.