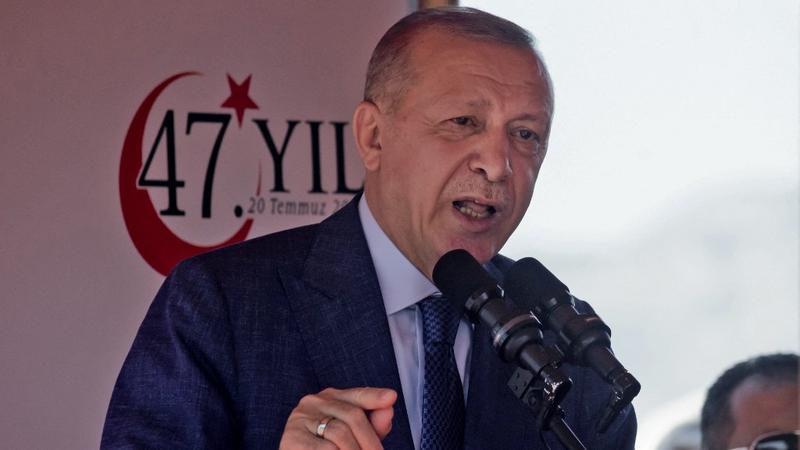 ANKARA- Turkish President Recep Tayyip Erdogan on Saturday said he instructed the Turkish foreign minister to declare 10 ambassadors of Western countries in the capital Ankara as "persona non grata" after they made a joint statement for the release of a jailed businessman.

"I gave the necessary order to our foreign minister. I said what must be done. These 10 ambassadors must be declared persona non grata. You will sort out immediately," Erdogan said during a speech in the central Eskisehir province.

On Tuesday, the Turkish foreign ministry summoned ambassadors of 10 countries over a joint statement calling for the release of activist and businessman Osman Kavala.

"Together, the embassies of Canada, France, Finland, Denmark, Germany, the Netherlands, New Zealand, Norway, Sweden and the United States of America believe a just and speedy resolution to his case must be in line with Turkey's international obligations and domestic laws. Noting the rulings of the European Court of Human Rights on the matter, we call on Turkey to secure his urgent release," the ambassadors said on Monday.

Kavala was acquitted in 2020 of charges related to nationwide Gezi protests in 2013. But his ruling was overturned and was combined with a probe into a coup attempt in 2016 on the accusation of spying.