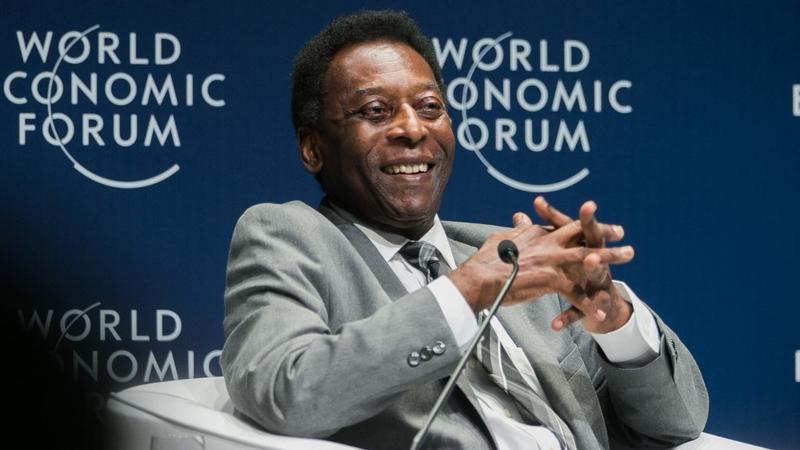 The former Santos and New York Cosmos star celebrated with his family at home in Sao Paulo, where he is recovering from surgery to remove a tumor from his colon.

One of the first to acknowledge Pele's milestone was current Brazil and Paris Saint-Germain star Neymar, who posted a message on Instagram that said: "Long live the king. Congratulations"

"I take this opportunity to thank all of my friends from Brazil and all round the world who have wished me good health and happiness on my birthday," Pele said in a video posted on Instagram. "I am becoming younger, not older."

In a message accompanying the video, he wrote: "This birthday will be celebrated even more. It's 81 years of life, with many victories. And the main one is to celebrate with you. I made this video to thank everyone for the gift of receiving so much love. Thank you so much for everything!"

One of the first to acknowledge Pele's milestone was current Brazil and Paris Saint-Germain star Neymar, who posted a message on Instagram that said: "Long live the king. Congratulations".

Former striker Ronaldo Nazario published a photo of the pair embracing in the aftermath of the 2002 World Cup final, in which Brazil beat Germany 2-0 in Yokohama.

"Today is the king's day!," Ronaldo said. "When I was just a kid dreaming of being a player, he was already a world football legend. What an example! Years later, the embrace of the idol when we won our fifth World Cup. What an achievement! Congratulations, Pele. Long live the king."

Cafu, the captain of Brazil's feted 2002 side said: "May you have many more years of life. I wish you all the happiness in the world, our eternal king."

Rivaldo and Roberto Carlos, other influential members of the 2002 Brazil team, also paid homage to the only player to win three World Cups.

"Congratulations, king. I am so proud to have worn the number 10 shirt at two World Cups, where you left your legacy," Rivaldo said.

"Congratulations, Pele. We are all rooting for your prompt recovery," the former Barcelona player said.

Widely regarded as one of the greatest footballers of all time, Pele scored a world-record tally of 1,281 goals in a 1,363-match professional career that spanned 21 years. He was capped 91 times for Brazil and scored 77 international goals.

The former No. 10 has battled a series of health problems over the past decade, including complications related to hip replacement surgery as well as kidney and prostate conditions. He was diagnosed with a tumor in his colon during a routine medical examination in August.

Upon his release from hospital on September 30, doctors said Pele would undergo chemotherapy, without providing details of his condition.