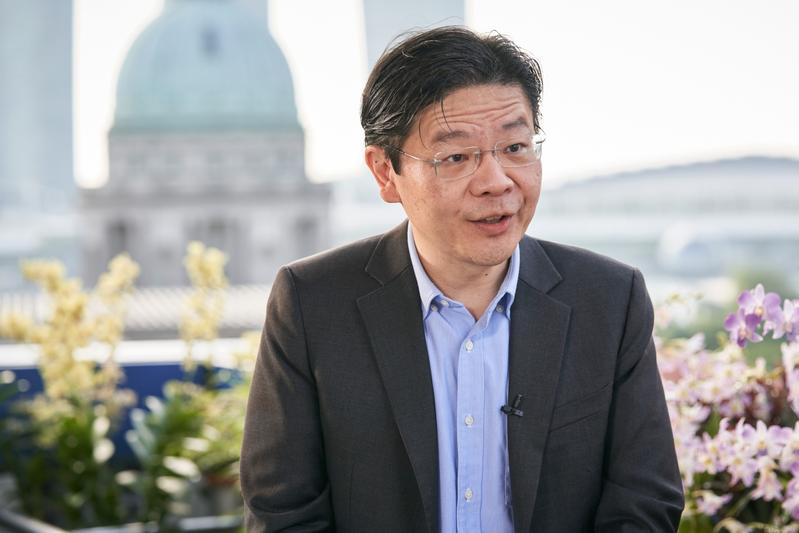 Lawrence Wong, Singapore's finance minister and co-chair of the multi-ministry COVID-19 task force, speaks during an interview in Singapore on Sept 27, 2021. (PHOTO / BLOOMBERG)

Singapore needs to guard against rising inequality and is studying options to expand its system of wealth taxes, said the country’s finance minister.

The city-state’s policies should continue to promote broad-based wealth accumulation, and the options being deliberated mustn’t undermine competitiveness, Lawrence Wong said in a wide-ranging speech at the Singapore Economic Roundtable on Friday, where he elaborated on the challenges posed by inequality, an aging population and an impending climate crisis. As Singapore considers different ways to raise more revenue to fund these needs, Wong said a planned increase in the goods and services tax between 2022 and 2025 wouldn’t be deferred.

Singapore is monitoring inequality closely due to the threat this can pose to society, Finance Minister Lawrence Wong

“Those who are more affluent should pay their fair share of taxes. One thing is clear: We already tax wealth in Singapore,” said Wong, pointing to various measures like property tax and stamp duties on residential properties. Elaborating later on the government’s thinking, he said: “Whatever we do, we want to ensure number one, that it is an effective way of taxation that will not be easily avoided.”

He said Singapore is monitoring inequality closely due to the threat this can pose to society. The government has been intervening to help the lower-income, for example during the COVID-19 pandemic, and is determined to tackle this issue.

Government officials have been seeking feedback on the business hub’s tax regime, including having conversations on wealth taxes with members of Singapore’s business elite and advisers to the rich, people familiar with the matter told Bloomberg News this month. Singapore is taking a cautious stance as the issue has the potential to roil the city’s wealthiest families and spook foreign ultra-rich investors.

Meanwhile, Wong said that the government will announce the revised carbon tax rate for 2024 in the budget next year, and indicate what can be expected up to 2030. He said the current carbon price was “too low”.

Wong also said that the import of green electricity was being “seriously” considered, and the government was looking at ways to overcome its high cost as well as technical and security challenges.

Separately, healthcare spending is expected to increase to 3 percent of GDP by 2030, up from the current 2.2 percent.