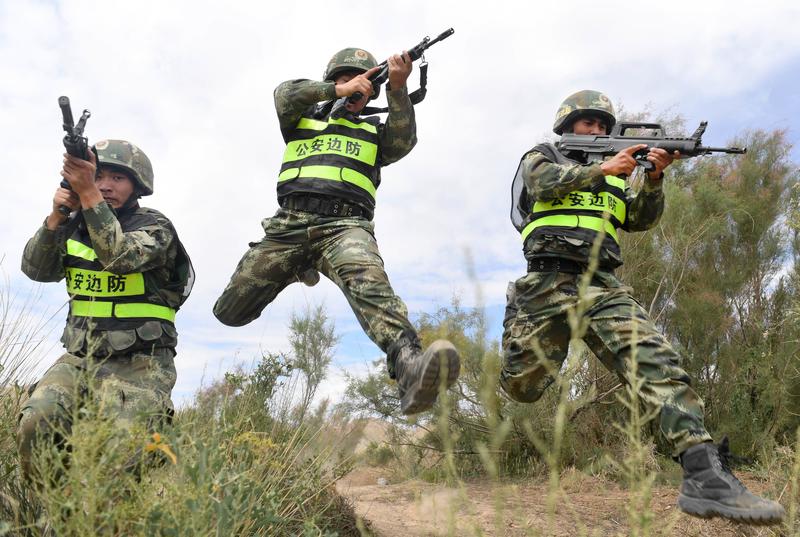 To date, no terrorist incident had been recorded in Xinjiang for more than four consecutive years, the expert pointed out

Held both online and offline Wednesday, the fourth global symposium on counter-terrorism, de-radicalization and human right protection attracted officials, experts, scholars and representatives from non-governmental organizations from countries including China, the United Kingdom, the United States, Sweden, Italy and Pakistan.

Jiang Jianguo, deputy head of the Publicity Department of the Communist Party of China Central Committee, said during the event that the global challenge posed by terrorism has reached an unprecedented level over the past two decades. Counter-terrorism has become a consensus of the international community and significant progress has been made in the global fight against terrorism.

Speaking by video link, Mushahid Hussain, chairman of the Pakistan Senate Defense Committee, said that the issue of human rights has been politicized and used as a political weapon by certain countries to exert pressure on others that do not serve their interests. The attacks on China by some Western countries using issues related to China's Hong Kong, Xinjiang and Tibet are also politically motivated, which reflect the double standards pursued by Western countries, he said.

Liang Yuchun, an expert at Xinjiang Normal University, said that China's counter-terrorism approach is not only consistent with the common practice of the international community, but also features Chinese characteristics. "This has effectively curbed the frequent occurrence of terrorist incidents and protected to the greatest extent the basic rights of people of all ethnic groups, including their right to subsistence and development," said Liang.

To date, no terrorist incident had been recorded in Xinjiang for more than four consecutive years, the expert pointed out.

Alfred De Zayas, former senior human rights expert at the United Nations, said via video link, "While the United Nations recognizes that terrorism is a scourge of our times that must be combated, we also know that we cannot defeat terrorism merely by brute force. It is necessary to look for the root causes and to try to correct the injustices and imbalances that lead some people to commit terrorist actions."

The expert also pointed out that one of the feasible means of combating terrorism is to achieve sustainable development goals, including the eradication of poverty worldwide.

The seminar was co-sponsored by the China Society for Human Rights Studies and the information office of the Guangdong provincial government, and hosted by Jinan University.