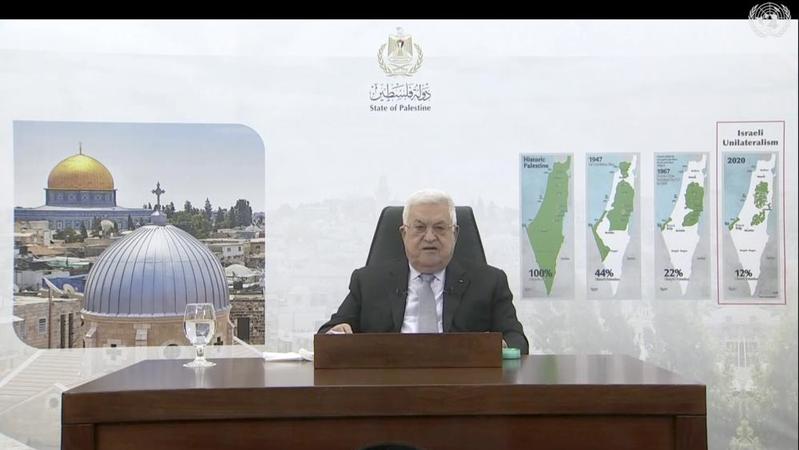 RAMALLAH - Palestinian President Mahmoud Abbas on Monday told a US official that he is ready to go for a peace process with Israel based on international resolutions.

The official Palestinian news agency reported that Abbas made the remarks during a meeting held in the West Bank city of Ramallah with Hady Amr, the US Deputy Assistant Secretary of State for Israel and Palestinian Affairs.

Abbas told Amr that it is necessary to hold an international conference for peace in the Middle East under an international framework to end the Israeli occupation and establish a Palestinian state based on 1967 borders, it said.

"The current situation is unacceptable," Abbas told Amr, calling for exerting pressure on Israel "to stop its practices against the Palestinians and stop settlement activities and annexation of the Palestinian land."

The report said that Abbas explained to Amr the meaning of the online speech he (Abbas) addressed last week before the UN General Assembly, which included initiatives aimed at ending the Israeli occupation of the Palestinian territories.

On Saturday, Abbas said that if Israel doesn't accept the principle of the two-state solution, the Palestinians will go for other options, including the implementation of the UN Security Council's resolution passed in 1947, or choose to establish a democratic state.

Direct peace talks between Israel and the Palestinians, which were backed by the United States for nine months, had stopped in 2014 due to deep disagreements on Israeli settlement and the recognition of establishing a Palestinian state based on the 1967 borders.

Israel occupied the West Bank and East Jerusalem, which are claimed by the Palestinians, in the 1967 Middle East war and has controlled them ever since.

The Palestinians want to establish an independent Palestinian state on the territories that Israel occupied in 1967, including the West Bank, the Gaza Strip and East Jerusalem.