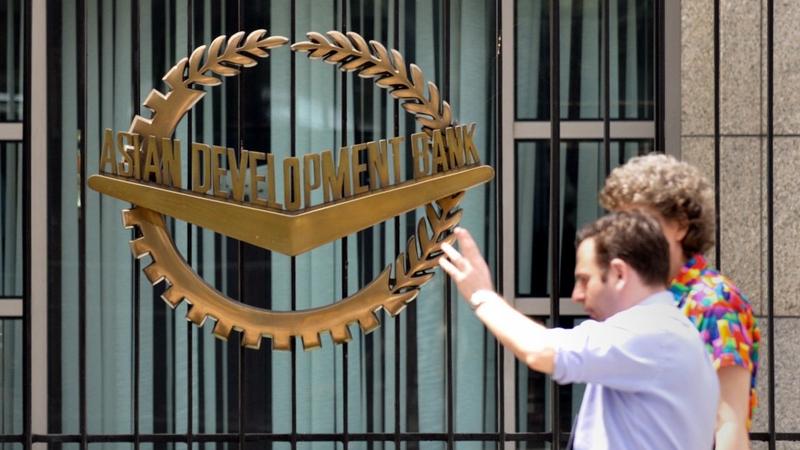 The logo of the Asian Development Bank is seen outside the lender's headquarters in Manila, Philippines, on Feb 17, 2009. (JAY DIRECTO / AFP)

Growth paths in developing Asia continue to diverge, as some nations struggle to contain virus outbreaks while those that avoided tough restrictions or have advanced vaccination campaigns gain from stronger global demand, according to the Asian Development Bank.

The region’s gross domestic product will expand 7.1 percent this year, down from 7.3 percent forecast in April and a turnaround from last year’s 0.1 percent contraction, the ADB said in its Asian Development Outlook Update released Wednesday. It sees developing Asia’s growth moderating to 5.4 percent in 2022.

The forecast for Southeast Asia was lowered to 3.1 percent from 4.4 percent amid reduced projections for Indonesia, Malaysia, Thailand and Vietnam

The region’s recovery path is uneven, with East Asia’s exports helped by a surge in global demand, the Manila-based ADB said.

The forecast for Southeast Asia was lowered to 3.1 percent from 4.4 percent amid reduced projections for Indonesia, Malaysia, Thailand and Vietnam. The growth estimate this year for India was cut to 10 percent from 11 percent.

“The uneven progress of vaccinations is contributing to the divergence of growth paths,” the ADB said. Some economies that quickly rolled out vaccines and contained outbreaks have avoided tougher restrictions, allowing them to capitalize on improving global demand, it said.

Southeast Asia was among the worst-hit areas by the COVID-19 delta variant earlier this year, with the region’s factory shutdowns contributing to supply chain hiccups across the world. The outbreak has since eased, and many of the region’s nations are now moving to reopen.

“Policy measures should not only focus on containment and vaccination, but also on continuing support to firms and households and reorienting sectors,” Zveglich said.

The ADB said inflation remained benign but will pick up in some economies. Regional inflation is forecast at 2.2 percent this year before accelerating to 2.7 percent in 2022.

A resurgence in outbreaks remains the main risk. But policy makers must also pay heed to other risks, including climate change, geopolitics and tightening financial conditions, it added.