Military base urged to better use, protect space assets 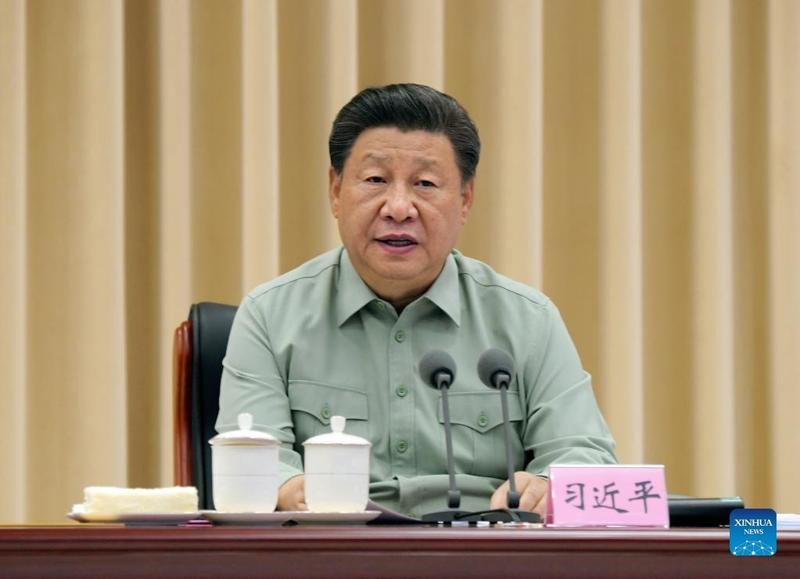 President Xi Jinping, also general secretary of the Communist Party of China Central Committee and chairman of the Central Military Commission, delivers a speech to soldiers and officers at a military base in Northwest China's Shaanxi province, Sept 15, 2021. (PHOTO / XINHUA)

President Xi Jinping called for improving management and protection of space-based assets as he inspected a military base in northwestern China's Shaanxi province on Wednesday.

After listening to the base's work report, Xi, who is also general secretary of the Communist Party of China Central Committee and chairman of the Central Military Commission, said space assets are of national strategic importance so they must be well managed, utilized and protected.

He said the base should comprehensively boost its capabilities in terms of safeguarding the overall security and reliability of spacecraft under its administration.

The facility should strengthen its space traffic management to ensure that the space systems of the People's Liberation Army operate in a stable and smooth manner. It should also engage in more international cooperation in space security to improve effectiveness in managing space crises and the overall governance of space, according to the president.

Xi said that given the increase in the number of space missions, the base should optimize its structure, innovate tracking and control technologies, and improve its management and operational efficiency.

He called on the base to uphold the Party's thought about military modernization and its military strategies in the new era, be focused on combat preparedness, speed up development, and strengthen its overall capability so it can better serve the goals of making the PLA a world-class force and China a space power.