Envoy calls on world to address both symptoms, root causes of Afghan issue 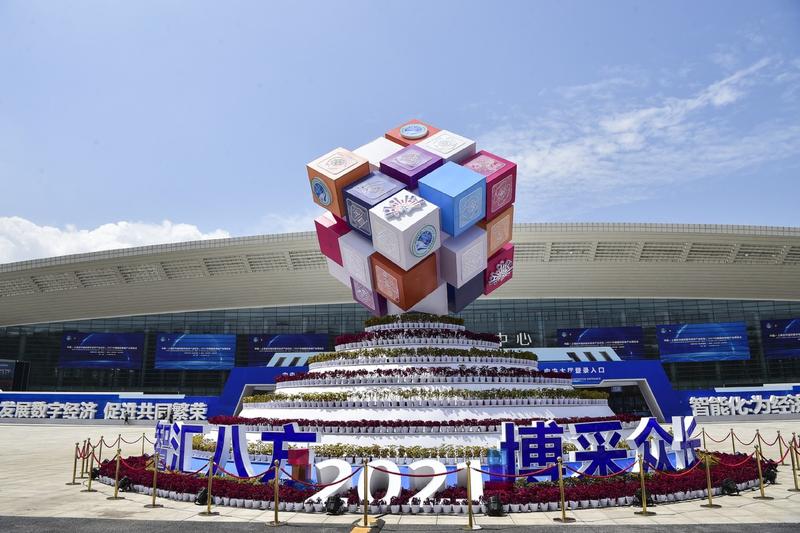 With President Xi Jinping set to attend two key regional meetings on Friday, Beijing is expected to shore up unity among countries for better handling of the Afghanistan issue and to boost the influence of the Shanghai Cooperation Organization, officials and experts said.

On Friday, Xi will participate in the 21st Meeting of the Council of Heads of State of the SCO via video link in Beijing, Foreign Ministry spokeswoman Hua Chunying announced on Thursday.

On the same day, Xi will also participate via video link in a joint summit of the leaders of the SCO and the Collective Security Treaty Organization member states on the Afghanistan issue.

Both meetings on Friday will take place amid rising concerns from around the world over the political stalemate, armed clashes, turmoil and looming humanitarian crisis in war-torn Afghanistan and other impacts of the United States' hasty troop withdrawal.

"Member states of both SCO and CSTO are Afghanistan's close neighbors, and they earnestly support Afghanistan's peace and reconciliation process," Foreign Ministry spokesman Zhao Lijian said at a daily news briefing on Thursday.

Senior officials of SCO and CSTO members and Afghanistan's neighbors have held numerous discussions and meetings over the past few months.

High on their agenda is tackling common challenges introduced by the Afghan issue, including the country's turmoil and refugee situation, the potential return of terrorists and drug production.

At a meeting on Wednesday, CSTO members agreed to reinforce the Tajik-Afghan border amid the worsening situation in Afghanistan, and the Russian Security Council said "enhancing cooperation within the CSTO and the SCO over the Afghan problem" was also suggested, Russia's TASS news agency reported.

Chen Xu, China's permanent representative to the United Nations Office at Geneva, said on Monday that the world should "address both the symptoms and the root causes of the issue of Afghan refugees and migrants".

"The international community should direct its attention to addressing both the urgent humanitarian needs and the need for sustainable development of Afghanistan, and deepen cooperation on counterterrorism and drug control," Chen said at a high-level ministerial meeting at the UN on the humanitarian situation in Afghanistan.

Li Shaoxian, director of Ningxia University's China-Arab Research Institute, said that "Afghanistan is now faced with a dire humanitarian situation" and many of its residents are having trouble providing for their families.

"Washington and its allies should be held accountable for the difficulties of the war-torn nation, and they should provide economic, livelihood and humanitarian assistance to the Afghan people," Li added.

Tajikistan holds the SCO presidency this year, which marks the 20th anniversary of the organization's founding.

In a meeting with Tajik President Emomali Rahmon in Dushanbe on Thursday, State Councilor and Foreign Minister Wang Yi relayed greetings from President Xi, saying that Beijing is ready to "play a constructive role" in making the SCO summit on Friday a success.

Rahmon hailed China's strong support for his country's SCO presidency, saying that Tajikistan will step up coordination with China on topics including the Afghanistan issue and jointly ensure the region's stability.

Yang Cheng, a professor at Shanghai International Studies University and executive president of the Shanghai Academy of Global Governance and Area Studies, said, "In the face of a number of challenges, it is now critical for the SCO to boost its capability in agenda setting, and China is expected to offer its wisdom and solution to help the SCO achieve its successful transformation."

At the SCO summit on Friday, Xi will work with his counterparts to sum up the organization's successful experience and exchange views on the grouping's cooperation in various fields and major global and regional issues.

In addition, they are expected to approve cooperative documents and chart the course for the SCO's future growth, according to Foreign Ministry spokesman Zhao Lijian.

"Currently, the organization is undertaking a more arduous task of ensuring the region's security and stability and promoting the development and revitalization of countries," Zhao said.