The art of community bonding 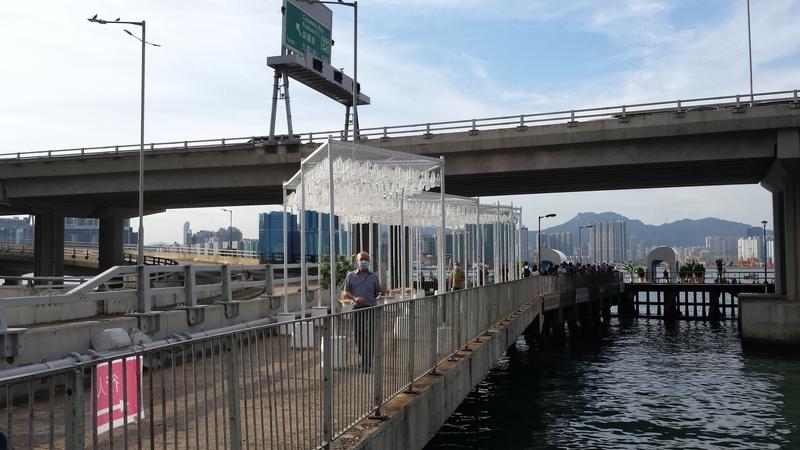 A century ago, North Point was a suburb of Central’s and Sheung Wan’s urban settlements. Since then successive waves of Chinese mainland immigrants left lasting imprints upon the area. Yet today, there appears to be little interaction between North Point’s elderly, the young adults, and the families living side by side in the densely populated community — as there is in other parts of urban Hong Kong.

To get more people to engage with public art that defines North Point’s unique characteristics, the Hong Kong Arts Centre, supported by Urban Renewal Fund, initiated the Via North Point project in 2019. The two-year-long program culminated in a public art blueprint, drawn up on the basis of observing behavior patterns and findings from community workshops led by urban planners, architects and other stakeholders.

“Our sessions addressed the connection between humans and land, the gains and losses, and how to reposition ourselves in the process,” recalled Ian Leung at a forum held in K11 Atelier King’s Road at the festival’s launch. “We tried to set up a baseline as to what North Point means to Hong Kong.”

All of those ideas inform the new public art commissioned by the Via North Point team and now adorning  the neighborhood. 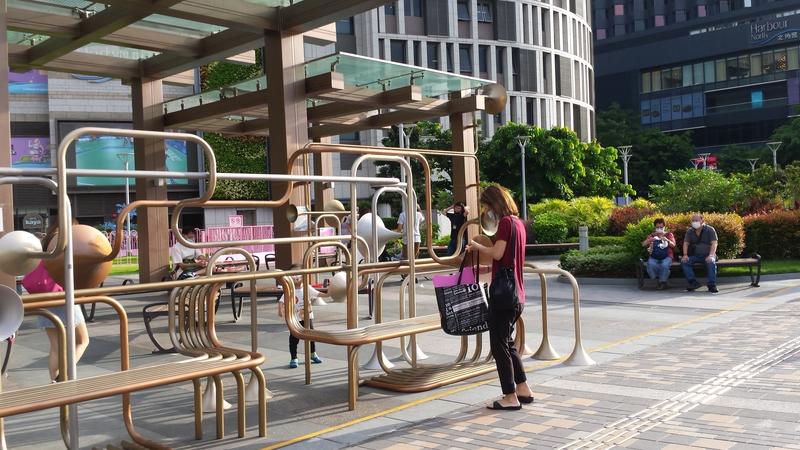 Adhering to HKAC’s mandate to make art accessible for everyone while forging connections in the community, the Via North Point Festival includes street art, a craft fair, guided tours, and performances. Its highlight is a collection of eight sculptural works installed at various destinations around the North Point Ferry Pier. Six of these were selected via an open competition, joining two floating installations that were commissioned. All of these pieces were created by Hong Kong-based architects and artists, with each addressing a different community issue from uniquely personal perspectives.

For example, MLKK’s A Cycle of Life in Chun Yeung responds to the street market vendors’ daily food waste with a refuse collection point that converts organic matter into biogas. Solar panels on the roof provide energy to light up the installation in a lively yet poorly lit corner of the street. The father of MLKK co-founder and architect Kian Yam operated a millwork shop along Chun Yeung Street for decades. The piece, therefore, is a personal homage to a particular corner of North Point.

Interior designer Jason Lee Lok-sun went to school near the North Point MTR station. A firm believer in balancing physical and mental health, Lee incorporated his passion for street workouts into Sugar Factory, a series of apparatus that references nearby Tong Shui Street with the aim of inspiring residents of all ages to work out together. 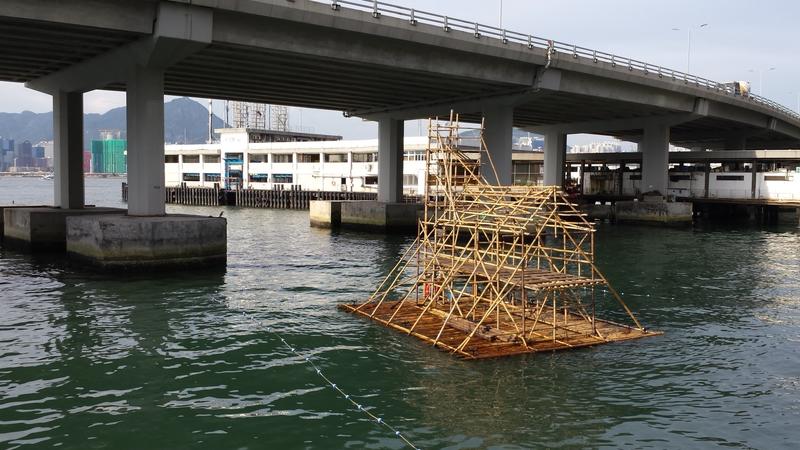 Architects Ernest Hung, Yannick Lo, Janice Chan and Cynthia Leung had observed that North Point Ferry Pier users sometimes appropriated found objects, using them for a purpose different from that which was originally intended. Their #TackPoint comprises a flexible concrete base that can be used to support benches, even screens to host ad hoc movie nights, or prop up a sun shade made from recycled plastic bottles collected from within the district.

Architecture O&O Studio collaborated with the artist REHyphenation on North Pointer, a series of furnishing pieces, imbued with memories of the donors from the neighborhood. Some of these date back to the early days of the community while others have passed through multiple generations. Their stories are unlocked through narrations accessed via a QR code on each piece. The pieces are expected to trigger memories in the visitors who engage with them.

“Even our tagline, ‘Be an imagineer’, is a combination of the words ‘imagine’ and ‘engineer’,” Leung said. By encouraging Via North Point Festival visitors to share their own perspectives of the community, HKAC hopes that the art on display can help bring neighbors closer.