Use SDGs to fight climate change 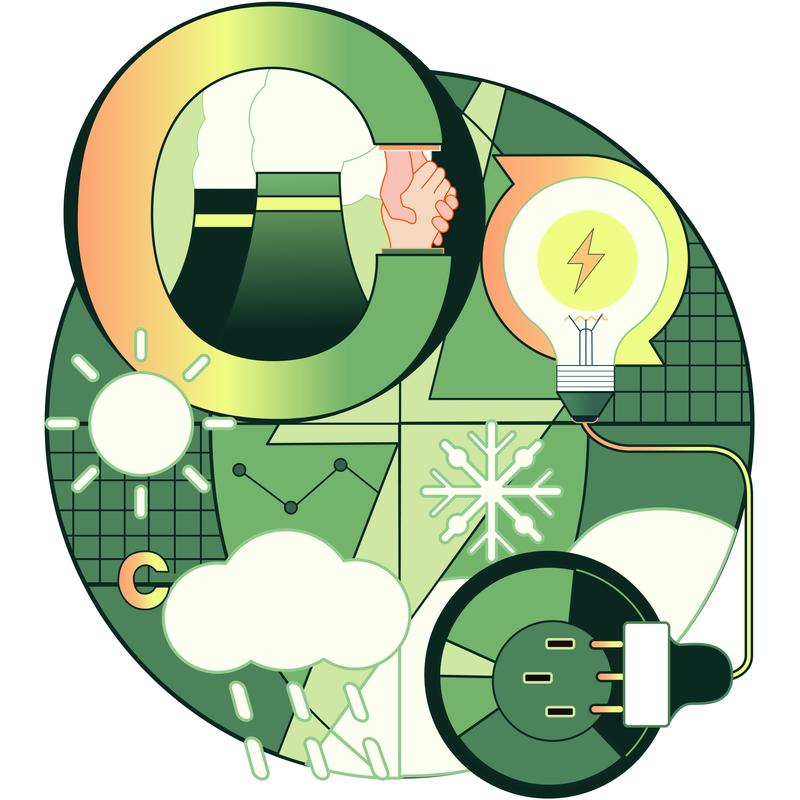 Last month, the city of Zhengzhou in Henan province experienced what some meteorologists have labeled a once-in-a-thousand-years event. In just over four days, the city nearly exceeded its annual average rainfall, and the resulting flood displaced millions of people from their homes. Disasters such as this are a stark reminder of the devastating consequences of a rapidly changing climate.

This is in fact just one of several extreme climate-related events that have occurred around the world this summer which also include massive floods, severe droughts and catastrophic wildfires.

Against the current commitments made by countries to reduce greenhouse gas emissions, we run the risk of our planet warming by 3-5 degrees Celsius by the end of the century, which could displace a billion people, and leave entire countries under water. Together with the COVID-19 pandemic that the world has yet to contain, and an unprecedented rate of biodiversity degradation that could result in a million species becoming extinct by 2050, these existential threats highlight how fragile humanity's relationship with nature truly is.

In this context, the importance of the Sustainable Development Goals is clearer than ever. The SDGs represent an opportunity for the world to chart a different future, one where both the planet and the people are protected. Currently, however, we are not on track to achieve them, but with less than nine years before 2030, time is running out.

One of the primary challenges is financing. Since the start of the pandemic, the annual financing gap to achieve the SDGs in developing countries has increased by 70 percent to US$4.2 trillion. The problem actually is not a shortage of capital, but rather where capital is being directed. Indeed, shifting less than 1 percent of global wealth annually toward sustainability would be sufficient to fill the financing gap in developing countries.

Since 2015, however, developed countries have failed to reach the annual US$100 billion promised to developing countries for climate change mitigation under the Paris Agreement, and the world's 60 biggest banks have poured more than US$3.8 trillion into the fossil fuels industry. This also reflects misguided pricing, and making fossil fuels appear more attractive for investors.

Closing the financing gap will require global financial systems to be fundamentally re-oriented and incentive structures re-aligned so that public and private entities can generate financial sustainability, as well as achieve development impact. To do this, governments need to enact policies and regulations that help redirect financial flows by making full use of market－and price-based incentive mechanisms as well as the regulatory framework in a globally coordinated manner.

Subsidies for coal and other fossil fuels will need to be eliminated. In addition, governments should discourage emissions through a "polluter pays" approach by implementing carbon pricing and taxing carbon-intensive behavior. Effective price signals, generated through carbon taxes and fossil fuel subsidy reform, would not only align market forces behind the energy transition, but also have the potential to free up fiscal space that can be used to help vulnerable groups buffer against the effects of a green transition. At the global level, as much as US$2.8 trillion per year in government revenues could be generated by subsidy reforms and carbon pricing.

Furthermore, for a shift to carbon neutrality to be just and inclusive, opportunities need to be created for everyone. Unintended social consequences that are likely to occur throughout the whole transition process, particularly in resource-rich regions, need to be addressed. By 2050, it is expected that jobs in the green energy sector could quadruple to 42 million globally. To ensure that no one is left behind, it will be key to invest in "reskilling" workers whose livelihoods will be most affected by a green transition so they can participate in the economy of the future.

Given its large size and sophisticated financial market, China's impact on a global financial system that values sustainability and tackles development challenges is critical. Last month, after running local pilot projects for over a decade, China officially launched its national carbon trading market. As the largest emissions trading system in the world, this is an important step in China's push to reach carbon neutrality before 2060, a goal which requires tens of trillions of dollars in investment to achieve.

At the sub-national level, Shenzhen is breaking new grounds, having implemented China's first set of regulations for local green finance development. Under the new rules, financial institutions registered in Shenzhen, from next year onward, will have to disclose information regarding the environmental impact of their enterprises as well as projects or assets they invest in, so as to avail of preferential green policies, which include tax exemptions and subsidies. Measures such as this will be critical to reinforce incentive mechanisms and ensure that funding is being accurately channeled to where it is needed most.

With the 2021 UN Climate Change Conference in Glasgow, Scotland, less than two months away, countries around the globe will have the chance to set the world on a trajectory toward meeting ambitious new carbon targets and achieving the SDGs. However, this vision will need to be matched with the capital and financing strategies necessary for it to become a reality.

Moving forward, the United Nations Development Programme stands ready to continue helping companies and investors take urgent steps to systematically incorporate sustainability and impact considerations into their decision-making. The UNDP will also support governments to further integrate the SDGs into policies and set standards that maximize the potential of public finance and capital markets.

According to estimates, by 2030, SDG-generated growth could reach US$12 trillion and every dollar spent on improving resilience to climate change now can generate up to four dollars in benefits on average. With the billions of dollars that countries are already spending to respond to climate-related natural disasters around the world, it is clear that SDG achievement is not simply a moral responsibility. It is an economic imperative. Our only choice is whether we invest a significant amount now to ensure sustainable human development, or a far larger amount after further delays have escalated the costs and risks.

The author is UNDP resident representative in China.