Chelsea's Lukaku back with a bang, ManU held by Southampton 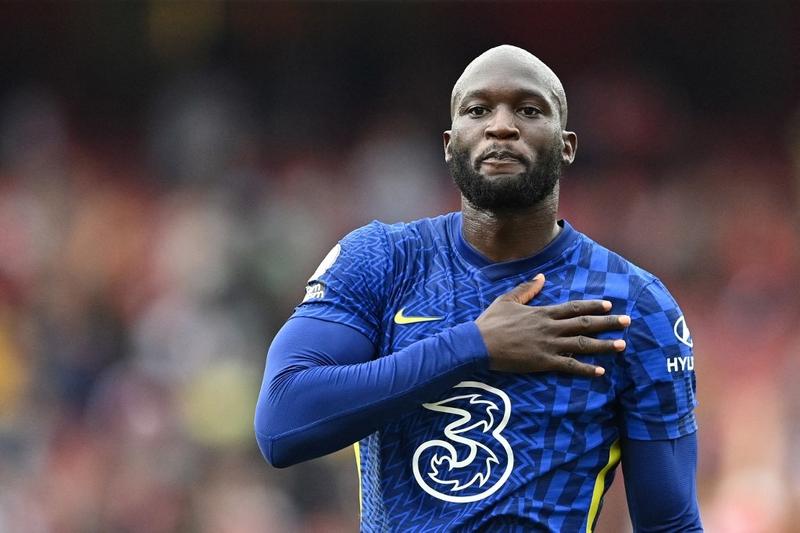 Chelsea's Belgian striker Romelu Lukaku gestures toward supporters at the end of the match during the English Premier League football match between Arsenal and Chelsea at the Emirates Stadium in London on Aug 22, 2021. (JUSTIN TALLIS / AFP)

LONDON - Romelu Lukaku may be Chelsea's record signing but every penny spent to bring the Belgian international looks to be money well-spent judging by his (second) debut for the club away to Arsenal.

In the 2-0 win at the Etihad Stadium, the powerful center-forward opened the scoring in the 15th minute with a simple tap-in to finish a move he had started and he also had a role at the start of the move, which ended with Reese James smacking home Chelsea's second in the 35th minute.

Bernd Leno denied Lukaku a second goal when he tipped his shot onto the bar. Arsenal, with two defeats from two games and no goals, look to be in trouble.

Mason Greenwood's second goal in two games saw Manchester United save a point on their visit to Southampton and also equal the Premier League record of 27 away games without defeat (which had been set by Arsenal).

Great footwork from Paul Pogba helped set up Greenwood's equalizer in the 54th minute and it looked as if United would go on to claim their second win of the season.

However, Southampton dug deep and only a great save from De Gea in the closing minutes denied Adam Armstrong, a winner for the 'Saints.'

Dele Ali's 9th-minute penalty after Wolverhampton keeper Jose Sa brought him down was enough to give Tottenham their second 1-0 win of the season.

Wolves created a host of chances in the game, and with better finishing, they would have won with ease, but a combination of Hugo Lloris' saves and some bad misses from Adama Traore and Raul Jimenez saw Spurs ride their luck. 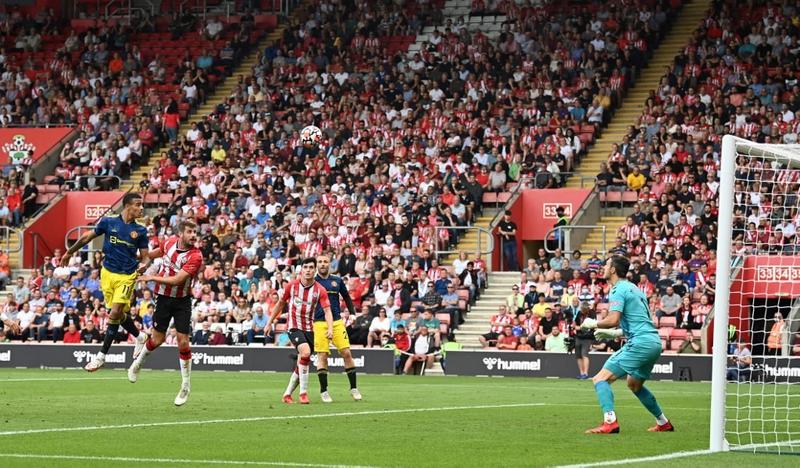 Wantaway Harry Kane made his first appearance of the season with 18 minutes left to play and was given a warm reception by the Tottenham faithful despite his transfer request.

Manchester City (Kane's biggest suitors) recovered from their opening day defeat away to Tottenham with a comfortable 5-0 win at home to recently promoted Norwich City.

Jack Grealish scored his first goal since his 100-million-pound transfer after an own goal had put his side ahead and second-half goals from Aymeric Laporte, Raheem Sterling and Riyad Mahrez rounding off the scoring.

Liverpool maintain their 100 percent start to the season with a 2-0 win at home to Burnley thanks to Diogo Jota's 18th-minute goal and Sadio Mane's strike in the 69th minute.

Brentford continued their positive start to life in the Premier League with a 0-0 draw away to Crystal Palace in an even game, while Leeds United twice came back from behind to draw 2-2 at home to Everton.

Dominic Calvert-Lewin and Demarai Gray twice put Everton ahead, but Mateusz Klich and Raphinha twice pegged them back.

Finally, first-half goals from Shane Duffy and Neal Maupay saw Brighton make it two wins from two games with a 2-0 win at home to Watford.