Documentary focuses on lanterns and other handicraft styles of Suzhou, Jiangsu province, to inspire the next generation to carry the torch of tradition, Cheng Yuezhu reports. 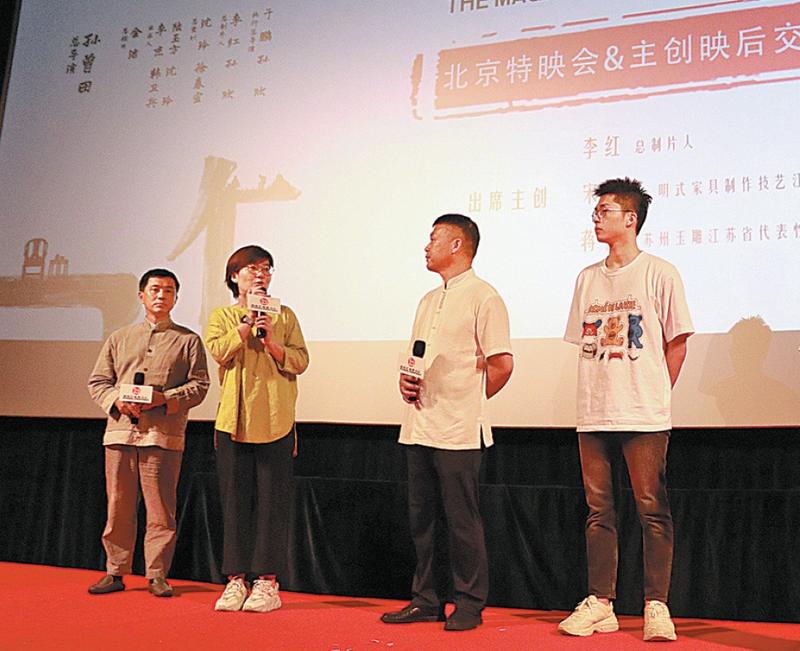 Li Hong (second from left), producer of The Magical Craftsmanship of Suzhou, speaks at a screening of the documentary in Beijing on July 17. (PHOTO PROVIDED TO CHINA DAILY)

Lanterns evoke a feeling of warmth, welcome, hospitality and community. Previous generations did not have a switch to flip, so they lit up the night by making lanterns of different colors, shapes and sizes from the common rabbit lanterns adored by children, to the sublime and complex ones that are more fittingly described as floats.

Suzhou in East China's Jiangsu province was once a center for the manufacture of lanterns－a tradition stretching back more than 1,500 years. Its unique style, dengcai (florid lanterns), draws from the outlines of the traditional architecture that can be found in Suzhou's renowned classical gardens.

Wang Xiaowen, now in his 70s, has been making florid lanterns for more than 50 years. The only national-level inheritor of this regional craft, he is now faced with its inevitable dimming as lanterns are overshadowed by electric light.

Still, he believes that handmade lanterns can still awe urban dwellers and has been working on bringing to reality the ultimate legend of Suzhou lanterns, the"10,000-cut silk lantern", which combines paper-cutting skills with lantern craft to create a translucent effect.

Referencing historical texts, Wang has to make 500 cuts per day to the lantern's exterior, and the gap between each one has to be less than a millimeter.

His story is recorded in the documentary, The Magical Craftsmanship of Suzhou, which premiered in cinemas on July 10.

The documentary focuses on 12 representative artisans of Suzhou, who specialize in nine regional handicraft styles. They vary in age and area of expertise, but all have dedicated their lives to protecting and passing down these arts and crafts. 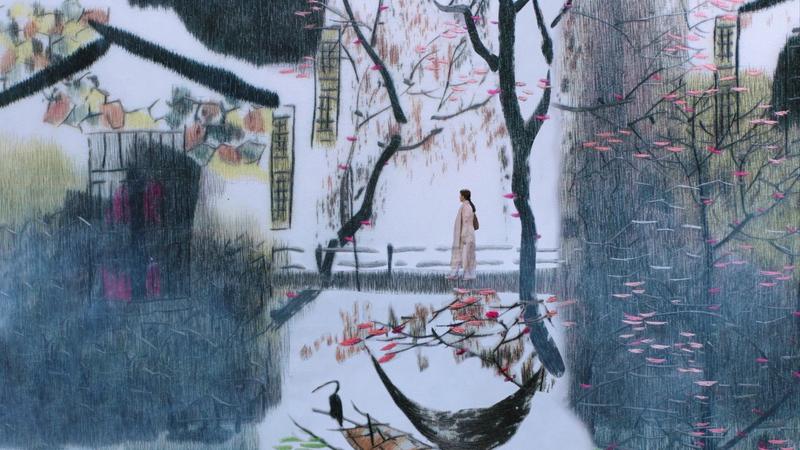 Stills from the documentary, The Magical Craftsmanship of Suzhou, including Su embroidery work in the style of Chinese landscape painting. (PHOTO PROVIDED TO CHINA DAILY)

These styles only offer a sneak peek of Suzhou's intangible cultural heritage, as the city, since ancient times, has been a hub of folk crafts. It was listed by UNESCO in its Creative Cities Network in 2014 as a Creative City of Crafts and Folk Arts.

"We thought joining the Creative Cities Network was an opportunity for us to share with more people the traditional culture and modern transformation of Suzhou, and a documentary is a great medium to present it," says Li Hong, the film's producer. Li is also the director of Suzhou's intangible cultural heritage protection and management office. 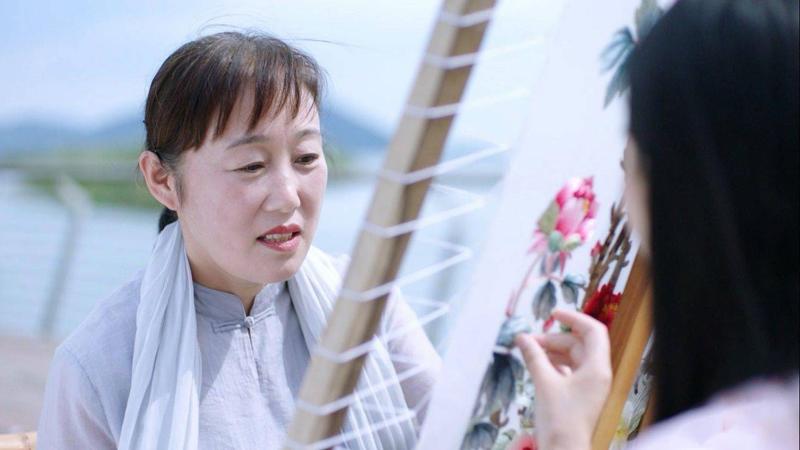 Li explains that the nine crafts that were chosen to represent the rich traditional culture are well-known and people immediately associate them with Suzhou, such as Su embroidery. Also included are some which may be slightly obsolete, but which still exemplify outstanding ancient expertise, such as Songjin brocade weaving, which in 2009 was included as a component of a UNESCO World Intangible Cultural Heritage of Humanity listing.

"From the interaction between people and crafts, we would like to present the core of contemporary craftsmanship: an open and tolerant mind, an attention to detail in conducting research, the virtue of respecting all life, and perseverance in pursuing innovation," says the documentary's director Sun Zengtian. 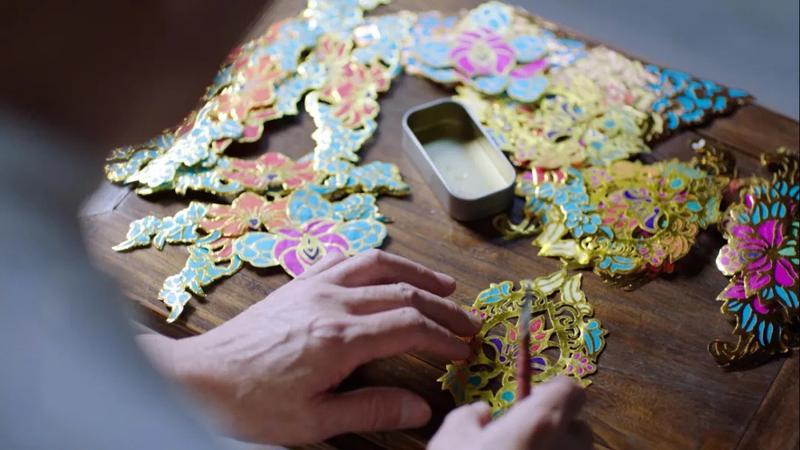 Many of these traditional crafts, despite their long histories, have been constantly evolving, thanks to the ingenuity of the inheritors. A Su embroidery master Shen Shou (1874-1921), inspired by Western art, invented the technique that allows the embroidery to resemble realism oil paintings.

The story of a similarly innovative modern-day embroiderer, Yao Huifen, who invented the simplified needling style, is also told in the documentary. With exquisite needlework and a limited choice of colors, she is able to render images from the Renaissance era onto silk.

One of her iconic works is an embroidered reproduction of Leonardo da Vinci's self-portrait. In her work journal, she wrote about the creation process: "Every line and stitch of mine is a process of adorning Da Vinci himself. 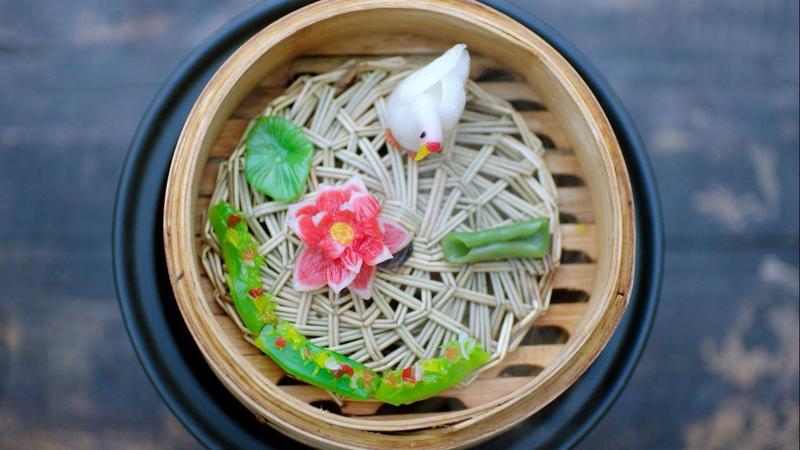 "I feel that the needles and threads are alive, that they are communicating with Da Vinci in their own language."

Yao has also been exploring contemporary art to extend the boundaries of this traditional craft.

In 2017, when Su embroidery was featured at the China Pavilion at the Venice Biennale for the first time, she and her sister Yao Huiqin worked with a Chinese contemporary artist in creating 34 embroidery works, including a rendition of a Song Dynasty (960-1279) classical painting with more than 50 stitching styles.

According to Li, many of Suzhou's traditional crafts have been drawing interest on an international scale and have sought to innovate through international collaborations. The annual Zigang Cup jade-carving competition, prior to the COVID-19 outbreak, used to draw dozens of overseas entries that displayed a diverse range of aesthetics as well as facilitated cultural exchange and mutual learning. 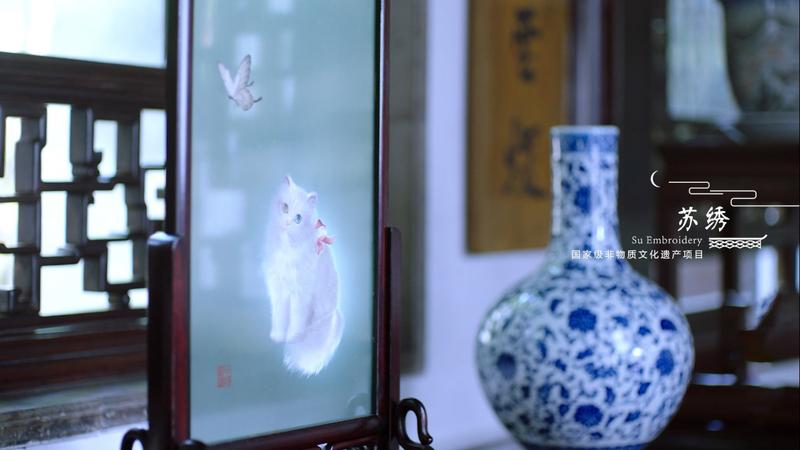 As well as its cinema release, small-scale screenings of the documentary have also been hosted in major Chinese cities, where the audience can learn even more about these traditional crafts at Q&A sessions with the inheritors themselves.

Wang Miaomiao, a member of the audience at the July 17 screening in Beijing, says that she was very moved watching the documentary. "In such a fast-paced era, there are people who are willing to dedicate themselves to recording the arts and crafts of Suzhou," she says.

"It can be an introduction for people who don't know anything about crafts, and it's also a convenient way for people to discover an area that they are interested in exploring further." 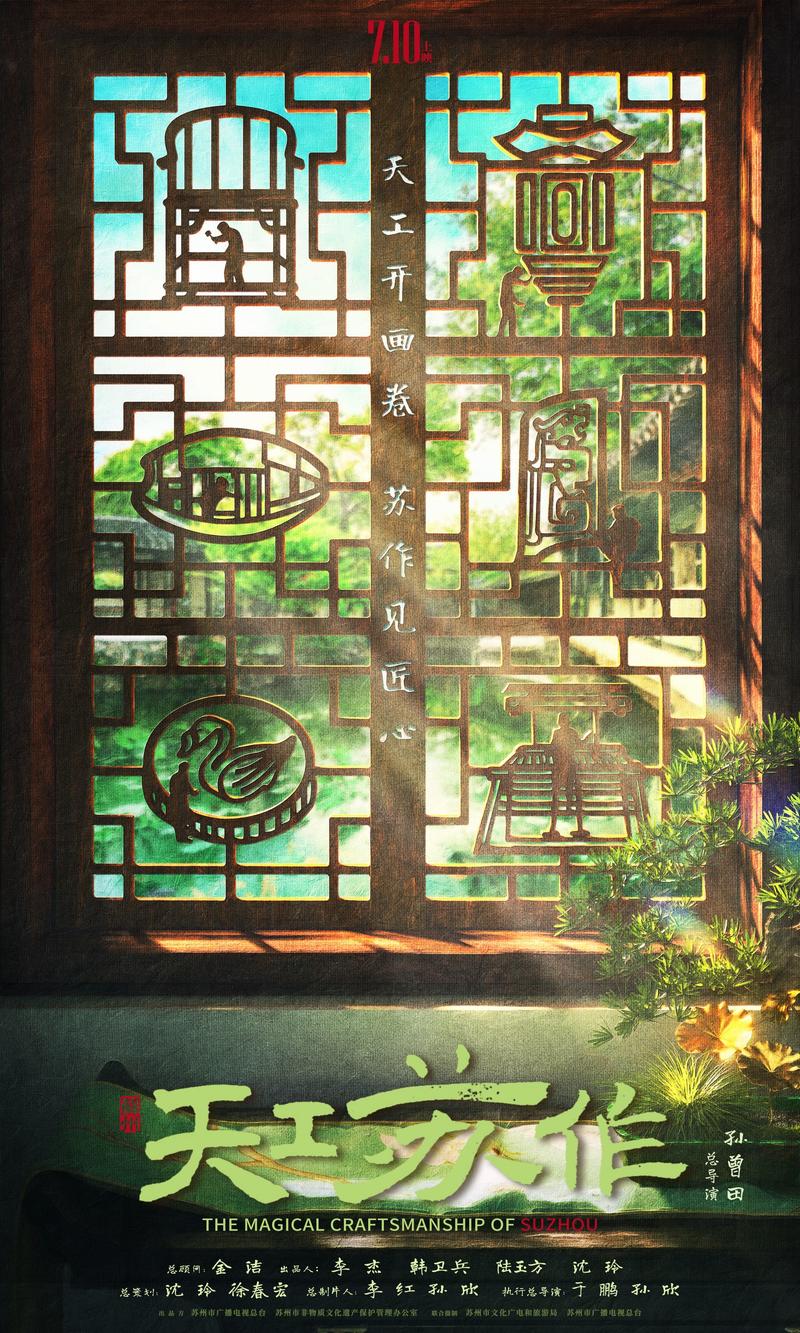 A poster for the film. (PHOTO PROVIDED TO CHINA DAILY)

Many examples of these craftspeople's work can also be appreciated in person, as the Fine Crafts of Suzhou pavilion was opened at the National Exhibition and Convention Center (Shanghai) at the end of May.

The pavilion is the first to exhibit a collection of Suzhou crafts, displaying more than 200 works by 36 masters, and incorporating 12 regional traditional arts and crafts categories.