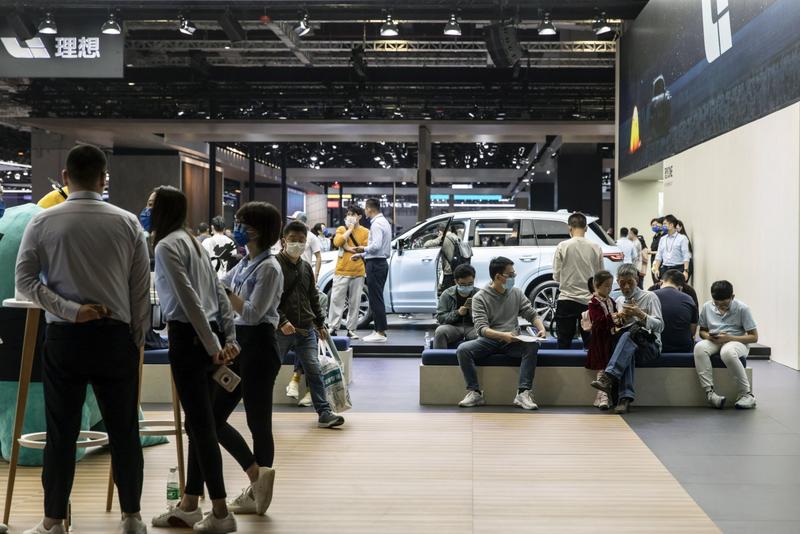 Electric vehicle maker Li Auto Inc. is looking to raise as much as HK$15 billion (US$1.9 billion) in its Hong Kong listing.

The Beijing-based firm is offering 100 million shares for as much as HK$150 each, according to a statement.

The offering is being split into 10 million shares for Hong Kong retailers and the rest for international investors, whose shares could be priced higher, Li Auto said in the statement.

Li Auto is offering 100 million shares - 10 million of which will be allocated to Hong Kong retailers - for as much as HK$150 each, according to a statement

Li Auto is following in the footsteps of larger rival XPeng Inc., which raised US$1.8 billion in a dual primary listing in the city in June. US-traded Chinese mainland companies are pivoting to so-called homecoming listings in Hong Kong as a way to hedge against the risk of being delisted from American exchanges as well as broadening their investor base.

Li Auto shares are down 2.9 percent since the beginning of July, giving the company a market value of about US$30 billion. The shares fell about 2.5 percent in late trading Monday. XPeng is currently trading little changed from its offer price in Hong Kong.

Like XPeng, Li Auto’s listing will be dual primary.

Li Auto raised US$1.3 billion in its US initial public offering a year ago. Its shares have risen 193 percent from its offer price as part of a global rally in EV stocks.

The carmaker is still loss-making, recording a net loss of US$54.9 million in the first three months of this year on revenues of US$546 million, its prospectus shows.

It plans to set the final price for the listing Aug 6 and trading is slated to begin Aug 12, according to a filing to Hong Kong stock exchange.