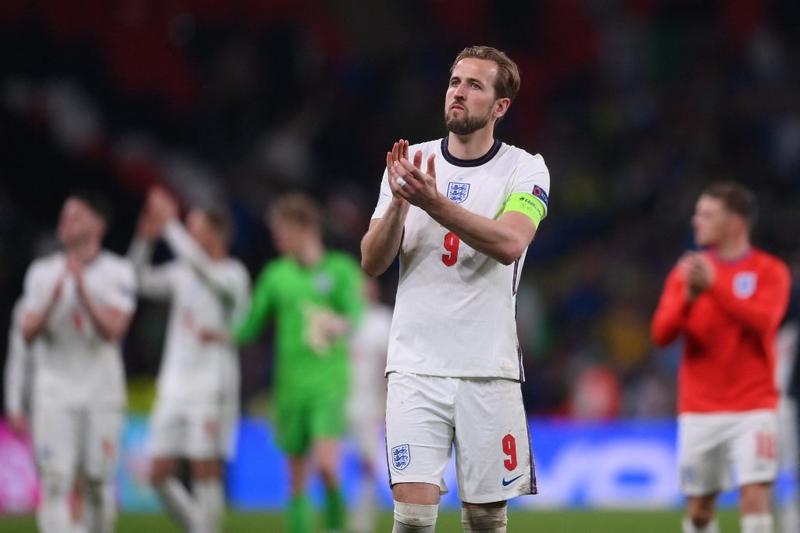 England's forward Harry Kane greets supporters after their loss in the UEFA EURO 2020 final football match between Italy and England at the Wembley Stadium in London on July 11, 2021. (LAURENCE GRIFFITHS / POOL / AFP)

LONDON - England captain Harry Kane is seemingly increasing the pressure on his club to allow him to leave after failing to report back for pre-season training with Tottenham Hotspur on Monday.

Kane should have reported to Tottenham's training ground for tests of assessing fitness and medical check to see if he was infected by COVID-19 after leading England to the final of the European Championships this summer.

The move looks like an attempt by the player to force his way out of the club after saying he wanted to leave in May, explaining that he wanted to be at a club who can challenge to win major titles.

Tottenham valued the 28-year-old at around 120 million pounds but president Daniel Levy is a man known for driving a hard bargain when it comes to selling the club's main assets and with Kane having a contract with Tottenham until 2024, Levy holds most of the cards in his hands.

As the product of Tottenham's youth system, Kane has scored an impressive 221 goals in 336 appearances for the club since his first team debut in the Europa League in August 2011.

Meanwhile, Manchester City is keen to strengthen their squad after losing last season's Champions League final to Chelsea and the departure of veteran striker Kun Aguero after his contract expired.

The club coached by Pep Guardiola are also thought to have offered around 100 million pounds for Aston Villa's England international midfielder, Jack Grealish.