Cambodia to mix jabs as booster shots to fight COVID-19 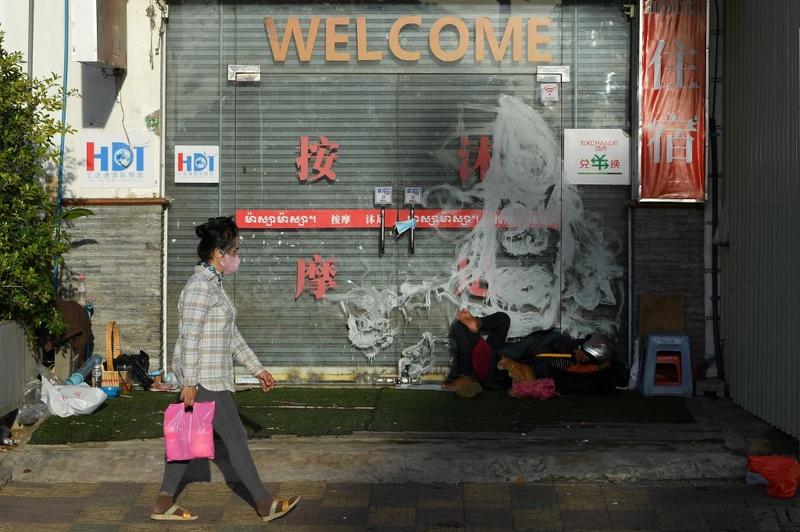 BANGKOK / HANOI - Cambodia will begin offering a booster shot against COVID-19, switching between the AstraZeneca and Chinese COVID-19 vaccines in an effort to fight the spread of the coronavirus in the Southeast Asian country.

Prime Minister Hun Sen, launching the vaccination campaign for 12-17 years old, said on Sunday that the third dose will be offered to between 500,000 to one million frontline workers as a priority.

Hun Sen also said the country will purchase more AstraZeneca vaccines through Covax for the booster shots and the recent US funded Johnson & Johnson vaccines will be used to vaccinate indigenous peoples in northeastern Cambodia.

Tokyo Olympics organizers on Sunday reported 18 new Games-related COVID-19 cases including one athlete, bringing the total Games-linked number since July 1 to 259. The government has extended a state of emergency in the capital and expanded it to neighbouring prefectures.

Newly reported COVID-19 cases in Tokyo came in at 3,058 on Sunday, the metropolitan government announced, as infection spreads in the Olympic host city.

Support for New Zealand Prime Minister Jacinda Ardern’s Labour Party has slipped by almost 10 percentage points amid increasing scrutiny of the government’s response to the coronavirus, according to a poll by Newshub-Reid Research.

Labour’s support fell to 43 percent compared with a May survey, while New Zealand National Party’s backing rose to almost 29 percent and ACT Party’s increased to about 11 percent, Newshub-Reid found. Ardern was still preferred Prime Minister by a large margin.

The research was conducted July 22 to 29 and had a margin of error of 3.3 percent, according to Newshub-Reid.

New Zealand has started mass vaccination in Manukau, south of Auckland, with the aim of jabbing more than 5,000 people each day.

A Thai hospital morgue overwhelmed by COVID-19 deaths has begun storing bodies in refrigerated containers, resorting to a measure it last took in a devastating 2004 tsunami, as the country grapples with its biggest coronavirus outbreak.

At Thammasat University Hospital near the capital Bangkok, a 10-freezer morgue usually handles up to seven autopsies a day. But the latest wave of the coronavirus pandemic means it now has to deal with more than 10 bodies daily.

"There's not enough space, so we bought two containers for bodies' storage," Pharuhat Tor-udom, a director of the hospital, told Reuters, adding the containers cost about 250,000 baht (US$7,601) each.

Almost 20 percent of bodies with an unidentified cause of death later tested positive for COVID-19, overwhelming the morgue and medical staff, he said.

Vietnam will from Monday extend strict curbs on movement in its business hub Ho Chi Minh City and another 18 cities and provinces throughout its south for another two weeks to help combat its worst COVID-19 outbreak, the government said.

After successfully containing the virus for much of the pandemic, Vietnam is facing a rapid spread of infections that has led to movement restrictions in around one-third of the country. It has registered a total of 145,000 cases and 1,306 deaths, 85% of which were recorded over the past month.

"Authorities of Ho Chi Minh City and other places have to urge citizens to stay where they are and strictly follow the curbs," a government statement said on Saturday.

The Southeast Asian country reported 8,624 new infections late on Saturday, with most of the confirmed cases detected in the south, especially Ho Chi Minh City where social distancing measures have been enforced since May 31. read more

"The implementation of curbs in the region is to create a safe belt around Ho Chi Minh City and not let the epidemic spread further," said Vu Duc Dam, deputy prime minister and head of the COVID-19 task force.

Sydney had a record 239 new local cases of COVID-19 over the 24 hours to 8 pm Saturday as the delta-strain outbreak continues to spread in Australia’s biggest city.

New South Wales state Premier Gladys Berejiklian said there were some signs that the virus is mostly being contained in parts of the city with the strictest curbs. The entire Sydney region is in lockdown until Aug 28.

There were nine new locally acquired cases in Queensland, which on Saturday imposed a snap lockdown on its most populous region of the southeast, the state’s chief health officer, Jeannette Young, said at a briefing. Victoria state reported four new local cases while in New Zealand there were no new cases in the community, according to health authorities.

Turkey on Saturday registered 22,332 new COVID-19 cases, raising its tally of infections to 5,727,045, according to its health ministry.

Israel's Ministry of Health reported 2,484 new COVID-19 cases on Saturday, bringing the tally of infections in the country to 873,827.

The death toll from the virus in Israel rose by four to 6,473, while the number of patients in serious condition rose from 168 to 201, the ministry said.

The total recoveries from the virus in Israel climbed to 849,081 after 607 newly recovered cases were added, while the number of active cases rose to 18,273, the highest since March 20.

The number of people who have received the first dose of the Pfizer vaccine in Israel stands at over 5.78 million, or 62 percent of its total population, while over 5.37 million people have been vaccinated with the second dose.

The official data showed that 30,980 samples were tested in the last 24 hours as of 8:00 a.m. local time Saturday across Bangladesh.

The total number of recovered patients in the country stood at 1,078,212 including 14,017 new recoveries Saturday, said the DGHS.

The number of COVID-19 infections has risen to 299,185 in Myanmar after 4,725 new cases were reported in the past 24 hours, according to a release from the Ministry of Health and Sports on Saturday.

The release said that 392 more deaths were newly reported, bringing the death toll to 9,334 on Saturday.

A total of 209,512 patients have recovered from the coronavirus epidemic so far.