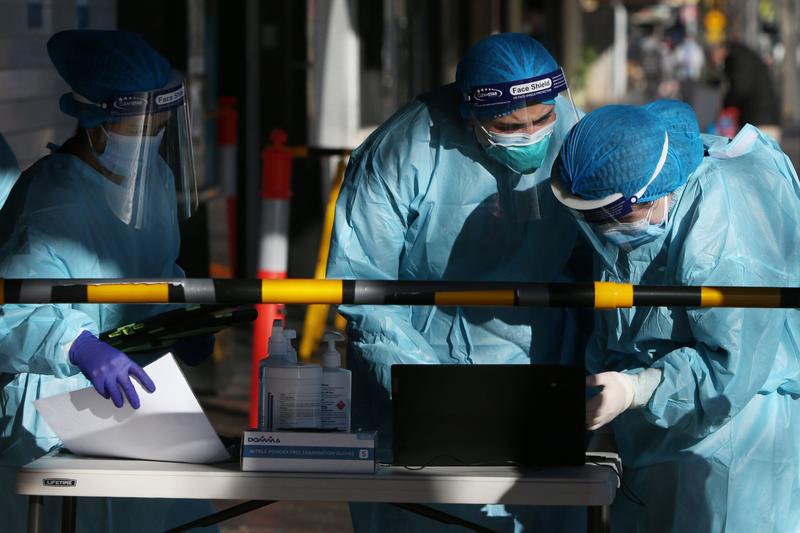 Medical staff assist people queueing at a medical centre to undertake COVID-19 testing in the district of Fairfield on July 30, 2021 in Sydney, Australia. (PHOTO / BLOOMBERG)

In Sydney, the epicenter of the county’s outbreak, there were 210 new locally acquired infections in the 24 hours to 8 pm on Friday, state health authorities said. That’s up from 170 a day earlier.

Queensland’s lockdown covers the most populous area of the state’s southeast and took effect at 4 pm local time, according to state Deputy Premier Steven Miles.

The lockdown, which is due to last three days, forced the cancellation of matches in the Australian Football League and the National Rugby League, which had been relocated to Queensland because of the impact of the virus elsewhere.

Sydney’s outbreak has put the city into a lockdown that will be implemented for at least nine weeks. It was extended this week for a third time, until Aug 28. There have been 3,190 locally acquired cases reported in the current Sydney outbreak since mid June.

Australia’s federal government said Friday the country would begin reopening and avoid snap lockdowns once 70 percent of the entire adult population has been fully vaccinated.

The country’s vaccine rollout has been tardy in comparison with other developed nations such as the US and UK, with only enough doses to cover 23 percent of the population administered.

Meanwhile, Victoria state’s heath department reported two new locally contracted cases of the virus. It also said checks of wastewater in the east and west of Melbourne showed fragments of COVID-19, which could be from an active and undiagnosed case, or from someone who is no longer infectious.

The pandemic has so far claimed 90,344 lives in Iran, up by 270 in the past 24 hours, the Iranian Ministry of Health and Medical Education reported.

The Iraqi Ministry of Health warned Friday of the seriousness of the current epidemiological situation that may enter the country in a fourth wave of the coronavirus pandemic, while the ministry reported 12,597 new COVID-19 cases.

Ruba Falah, a female member of the ministry's media office, said in a statement that the continuation of reporting over 10,000 daily COVID-19 cases in recent days is "a clear evidence of the ferocity and rapid spread of this third wave, along with the detection of some cases infected with the Delta variant that has also severely infected young people."

"If the non-compliance with health-protective measures and negligence in taking the vaccine continues, new and more severe mutations may emerge on the virus, which may enter the country in a fourth wave of the pandemic," Falah said.

Israel's Ministry of Health reported 2,280 new COVID-19 cases on Friday, bringing the tally of infections in the country to 871,343.

The death toll from the virus in Israel rose by three to 6,469, while the number of patients in serious condition rose from 151 to 168, the ministry said.

Israel decided to ban its citizens from traveling to Britain, Georgia, Cyprus and Turkey starting Friday for fear of the high level of COVID-19 morbidity there, the Israeli Ministry of Health and Ministry of Transport said in a joint statement.

The country has banned its citizens and permanent residents from traveling to Argentina, Brazil, South Africa, India, Mexico, Russia, Belarus, Uzbekistan, Spain and Kyrgyzstan unless they can obtain special permission from an exception committee.

Newly reported COVID-19 cases in Tokyo surged to a record high of 4,058 on Saturday, the metropolitan government announced, exceeding 4,000 for the first time and overshadowing the Games.

The new record comes a day after Japan decided to extend its state of emergency for Tokyo to the end of August and expand it to three prefectures near Tokyo and the western prefecture of Osaka in light of the recent spike in infections.

Amid intensifying concerns, Tokyo Olympics organisers said on Saturday they had revoked accreditation of a Games-related person or people for leaving the athletes' village for sightseeing, a violation of measures imposed to hold the Olympics safely amid the pandemic.

The organisers did not disclose how many people had their accreditation revoked, if the person or people involved were athletes, or when the violation took place. 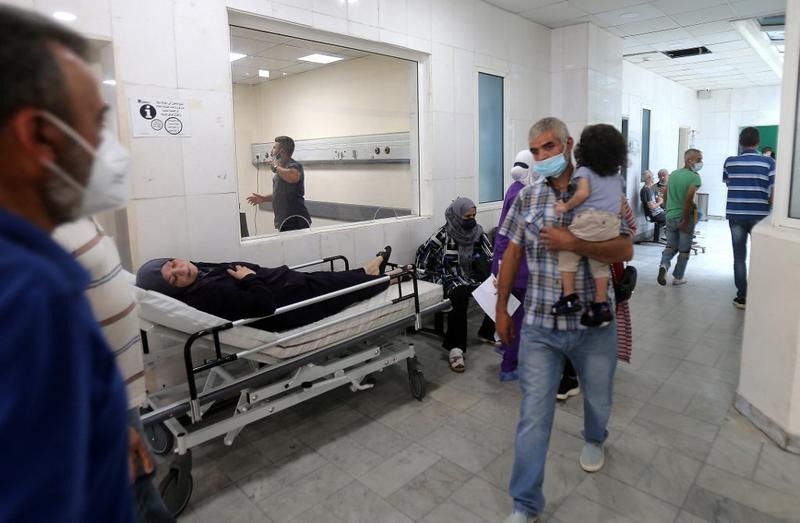 A patient rests on a bed in a hallway of the Rafic Hariri University Hospital (RHUH) in Lebanon's capital Beirut on July 23, 2021. (PHOTO / STR / AFP)

Lebanon is to limit entry to restaurants, cafes, pubs and beaches to people holding COVID-19 vaccine certificates or those who have taken antibodies tests, the tourism ministry said on Friday.

Non-vaccinated employees of these establishments would be required to conduct a PCR test every 72 hours, it added.

The move comes amidst a surge in infections with around 1,104 positive cases registered on Thursday compared to a few hundred a day in previous months.

The clinic will provide free PCR testing and support in contact tracing while referring individuals with other medical conditions to service providers. 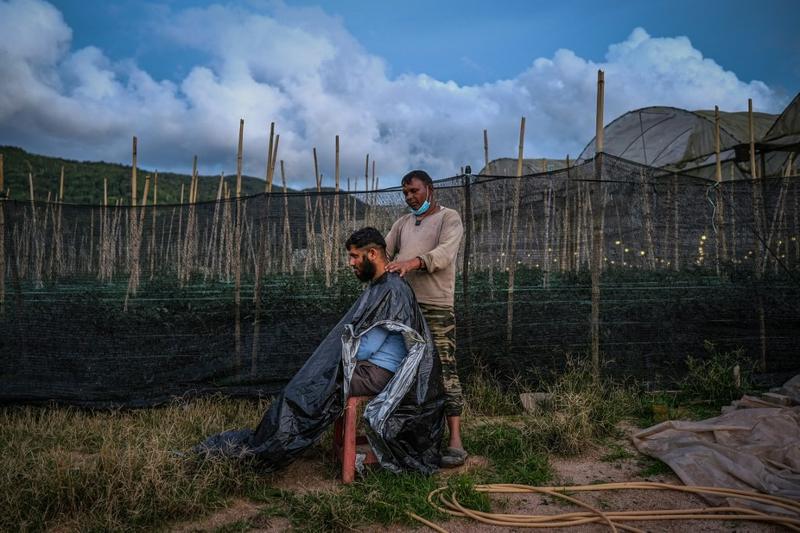 This picture taken on July 7, 2021 shows a migrant worker having his hair cut at a farm in Cameron Highlands in Malaysia's Pahang state. (MOHD RASFAN / AFP)

Malaysia has extended an emergency ordinance in the Borneo state of Sarawak in a bid to hold off a state election amid the COVID-19 pandemic, according to a proclamation signed by King Sultan Abdullah Sultan Ahmad on July 30.

The emergency, which was scheduled to end on Sunday, will be extended until Feb. 2, 2022, according to the proclamation.

The five-year term of the Sarawak legislative assembly was scheduled to end on June 6 but the state could not hold an election because of the emergency declared in January to curb the spread of coronavirus.

The pandemic in Malaysia has worsened recently mainly due to the emergence of the delta variant of the virus, with the Southeast Asian nation reporting a record 17,405 new daily cases of COVID-19 on July 28, pushing the total number of infections past the 1 million mark for the first time. It added 16,840 new infections on Friday, 450 of them in Sarawak.

Pakistan’s largest city, Karachi, is to undergo a week-long partial lockdown starting Saturday to curb the spread of the coronavirus Delta variant, as the city’s hospitals are close to saturation levels, the provincial chief minister said on Friday.

A day earlier, Pakistan's federal government announced a ban on staff entering public offices, schools, restaurants, transport, shopping malls and air-travel without vaccination certificates, despite only 2.7 percent of the population having had the full two COVID-19 vaccine shots.

“I know, people will not be comfortable with lockdown, but it is inevitable we have to bring the numbers down,” Murad Ali Shah, chief minister of Sindh province, told a press conference.

During the last 24 hours, Pakistan reported 86 deaths including 14 from Karachi, as coronavirus positivity in Sindh’s capital reached around 25 percent.

According to Aga Khan University Hospital, there is almost 100 percent prevalence of the Delta variant in the city, the chief executive of the province said.

He said that Karachi was seeing 20 percent cases for the past few weeks, but following the Muslim holiday of Eid, the virus also spread in rural areas, with numbers have gone up to 6 percent from 2 percent, as people visited hometowns.

Singapore's Ministry of Health (MOH) reported 139 new COVID-19 cases on Friday, bringing the total tally in the country to 64,861.

The new infections included 131 locally transmitted cases, of which 28 were linked to the Jurong Fishery Port cluster and one belonged to the KTV cluster.

Turkey recorded 22,083 new coronavirus cases on Friday, dipping slightly from earlier this week when they hit the highest level since early May, health ministry data showed, as the government urged people to get vaccinated and exercise caution.

Daily infections have surged in recent weeks from a low of 4,418 on July 4 to 22,291 on Wednesday, but Ankara has said it does not plan to impose restrictions yet. Data on Friday showed a daily death toll of 69 people.