Flight from Russia 'source of latest virus outbreak in Nanjing' 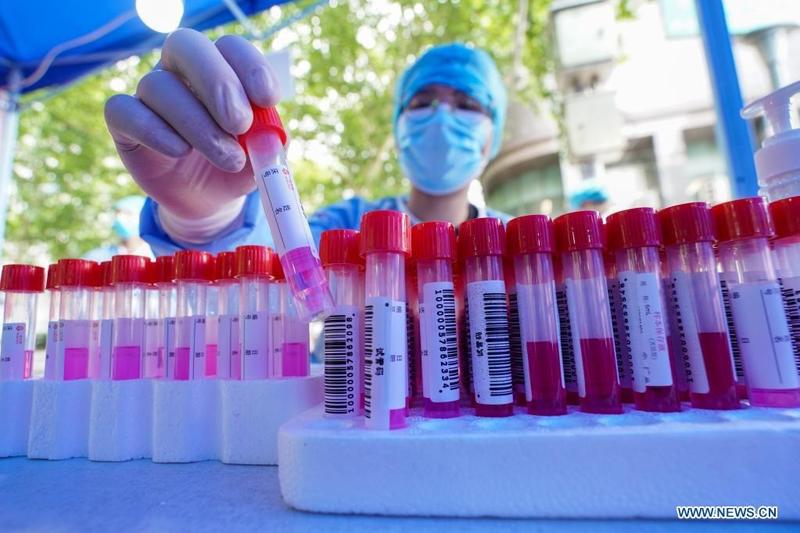 NANJING/CHANGSHA - The recent coronavirus outbreak in the eastern Chinese city of Nanjing originated from a flight from Russia, said Ding Jie, deputy director of the municipal center for disease control and prevention, on Friday.

So far, the viral genome sequencing of 52 cases in the outbreak showed that the new cases were highly homologous, suggesting the same transmission chain, and all of the strains were found to be of the highly infectious Delta variant, Ding said at a press conference.

Among them, the genetic sequence of the virus in earlier reported COVID-19 cases among cabin cleaners is consistent with an imported case reported on Flight CA910 that arrived in Nanjing from Russia on July 10.

The viral genome sequencing of 52 cases in the outbreak showed that the new cases were highly homologous, and all of the strains were found to be of the highly infectious Delta variant, Ding Jie, deputy director of the municipal center for disease control and prevention, said

It is believed that the cleaners did not strictly follow anti-epidemic guidelines after cleaning Flight CA910 and contracted the virus as a result. The infection further spread to other colleagues, who were also responsible for cleaning and transporting garbage on both international and domestic flights.

As of Thursday, Nanjing had reported 184 confirmed cases and one asymptomatic infection case since July 20. Related infections have also been reported in other provinces and municipalities, including Beijing, Sichuan, Hunan and Liaoning.

Since Thursday, Zhuzhou has posted six asymptomatic carriers, who had shared a boat on a river cruise in the city of Changde, also in Hunan, with three confirmed cases and another asymptomatic carrier, said the city's headquarters on COVID-19 prevention and control.

The city has suspended all on-site meetings and mass gatherings, and all residents are urged not to leave the city unless necessary, according to the headquarters.

On Friday, the city of Zhangjiajie in Hunan closed all its tourist sites and upgraded 11 neighborhoods to medium-risk areas for COVID-19. The city, which is known for its scenic mountains, on Thursday reported one confirmed case of COVID-19.