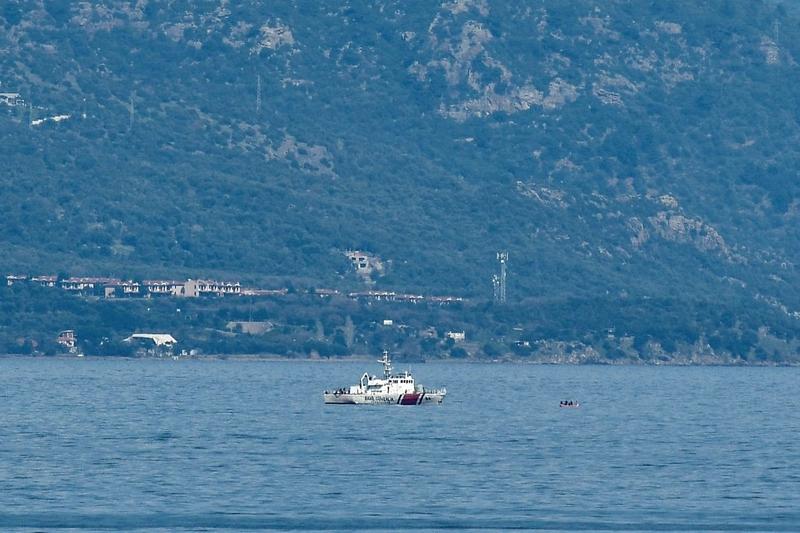 A Turkish coastguard boat proceeds to check an inflatable boat in the sea between Lesbos island and the Turkish coast as part of operations to prevent boats of refugees from reaching the Greek coast on March 6, 2020. (LOUISA GOULIAMAKI / AFP)

ISTANBUL - Turkish authorities detained a boat carrying more than 200 Afghan migrants in the Aegean sea heading for Europe, Turkey's coastguard and the International Organization for Migration said on Wednesday.

The migrants were believed to be en route to Italy, the coastguard official said. The majority of the 231 migrants on the boat were from Afghanistan while a few others were from Syria, Iran, Eritrea and Pakistan, the official added.

The coastguard detained two Turkish nationals steering the boat and escorted migrants to a deportation centre in the western Turkish town of Ayvacik.

In recent weeks Turkey has faced a fresh influx of Afghan migrants, crossing from its eastern border with Iran, amid rising violence in Afghanistan. Turkish authorities detained some 1,500 migrants last week.