Russia beefs up Tajik base, warns of IS fighters in Afghanistan 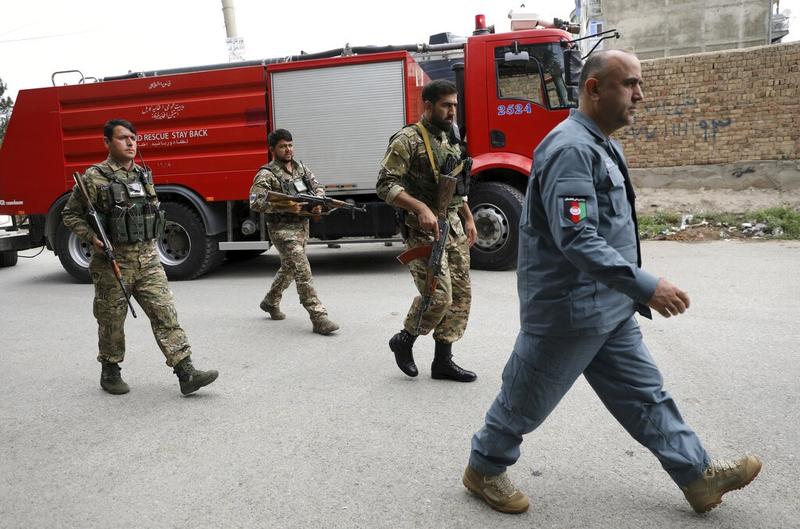 Russia is reinforcing its military base in Tajikistan amid security concerns over the withdrawal of US and other NATO forces from Afghanistan , including the infiltration of ISIS, Defense Minister Sergei Shoigu said.

“Today our main task is to counter the terrorist threat from neighboring Afghanistan,” Shoigu said during talks with his Tajik counterpart in Dushanbe on Wednesday, the state news service RIA Novosti reported. “The hasty withdrawal from there of foreign troops has provoked a rapid deterioration of the situation.”

Russia is supplying additional military equipment and stepping up training for the Tajik military, said Shoigu. He added there’s a risk of infiltration by Islamic State from Afghanistan, which is “especially worrying,” the Interfax news service reported.

Military exercises involving Russia, Tajikistan and Uzbekistan will take place next week in the two central Asian states in response to the worsening situation in Afghanistan, Shoigu later told a meeting of defense ministers of the Shanghai Cooperation Organization, according to Interfax.

Russia said last week that the Taliban controls most of the Afghan border with Tajikistan after rapid military advances. While it’s warning of the risk of terrorism from Afghanistan, Russia is quietly forging ties with the Taliban, whom Foreign Minister Sergei Lavrov called “reasonable people” on Friday.

The US and its North Atlantic Treaty Organization allies are due to pull out troops from Afghanistan entirely by Sept 11.