Rise of the Chinese son

DC Comics’ new Chinese superhero, Monkey Prince, is a spinoff of Wu Cheng’en’s 16th-century epic, Journey to the West. Mathew Scott spoke to the writer-illustrator duo who brought the character to life. 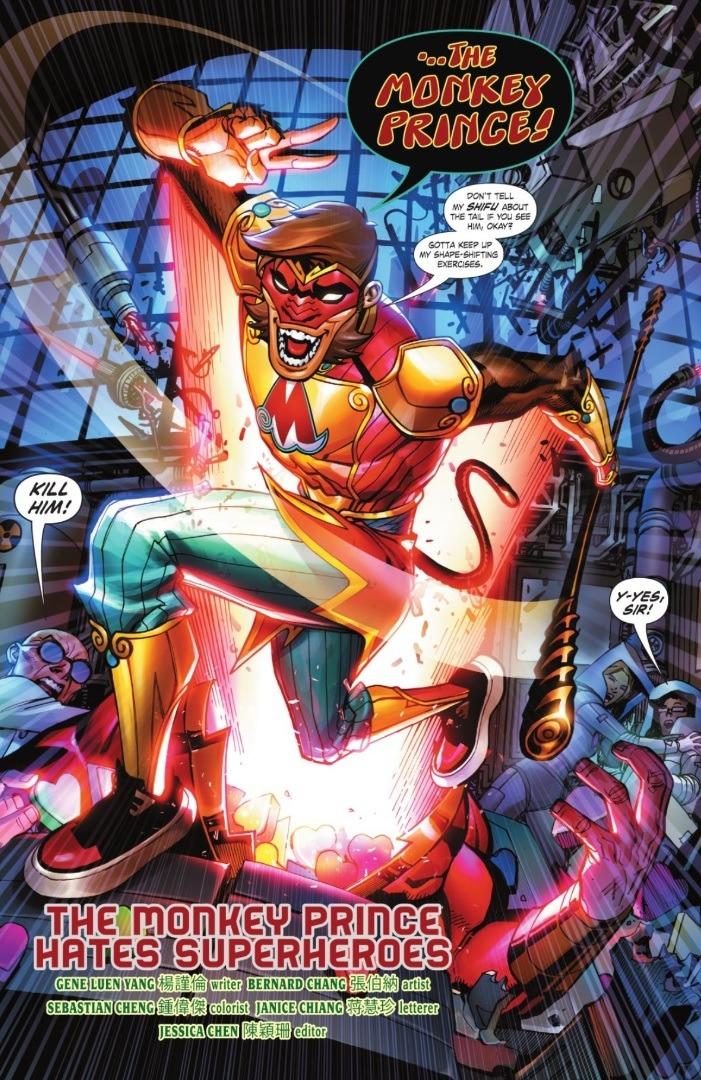 Monkey Prince was created by writer Gene Luen Yang and illustrator Bernard Chang, two Asian-Americans who grew up on tales from the 16th-century Chinese epic, Journey to the West. (PHOTO PROVIDED TO CHINA DAILY)

Gene Luen Yang and Bernard Chang were among the generations of immigrant kids in the United States who grew up on the tales of the Monkey King (aka Sun Wukong) in Wu Cheng’en’s 16th-century epic, Journey to the West.

It would take decades before the pair’s paths actually crossed. And by the time that happened, Yang had been writing for comics (New Superman) for a while and had produced acclaimed graphic novels such as American Born Chinese, while Chang had established himself as one of the planet’s most sough-after illustrators, thanks to his work on the likes of Green Lantern and Batman Beyond.

It was a coming together of two creative minds whose childhood memories resonated with the same legend. Yang and Chang teamed up to come up with Monkey Prince — a Chinese superhero character that was a spinoff of the Wu Cheng’en classic — for DC Comics.

“The Monkey King had a huge impact on me and I think that is true for all kids of Chinese descent,” says Chang, who grew up in California to parents who had emigrated from Taiwan and the Chinese mainland.

“He is funny, and then he is incredibly powerful with all these superpowers. He is like an American superhero but in an ancient Chinese context. So this is a dream project.”

Monkey Prince was launched in the anthology DC Festival of Heroes: The Asian Superhero Celebration (2021) in May. The new teenage protagonist was thrown into the DC Universe, alongside established characters such as Shazam (their alter-egos are best friends and both go to Fawcett High School). Monkey Prince lives in Philadelphia, with adoptive parents, and though he has no memories of his father, he has inherited some of the Monkey King’s powers, including the ability to shape-shift.

The immediate buzz among comic fans was about how quickly this might lead to a film franchise, or at least to  Monkey Prince making an appearance in a DC superhero film, such as the Shazam series.

Although Yang and Chang are not ready to talk about the possibility of a film in the pipeline just yet, both see unlimited potential in a character that traces its lineage back to a Chinese classic which, in a way, set the template with its proto-superheroes — blessed with other-worldly powers but often made to deal with rather quotidian matters.

“As a storyteller, I want to respect the legacy that came before us,” explains Chang.

“In any kind of project like this, there are such well-established characters and stories, and such a huge fan base that is so familiar with their adventures. But at the same time, this is Monkey Prince, son of Sun Wukong, and it is about his adventures as an Asian-American kid growing up in the DC Universe. So it is an evolution of the story, but it shows respect to the original Monkey King.” 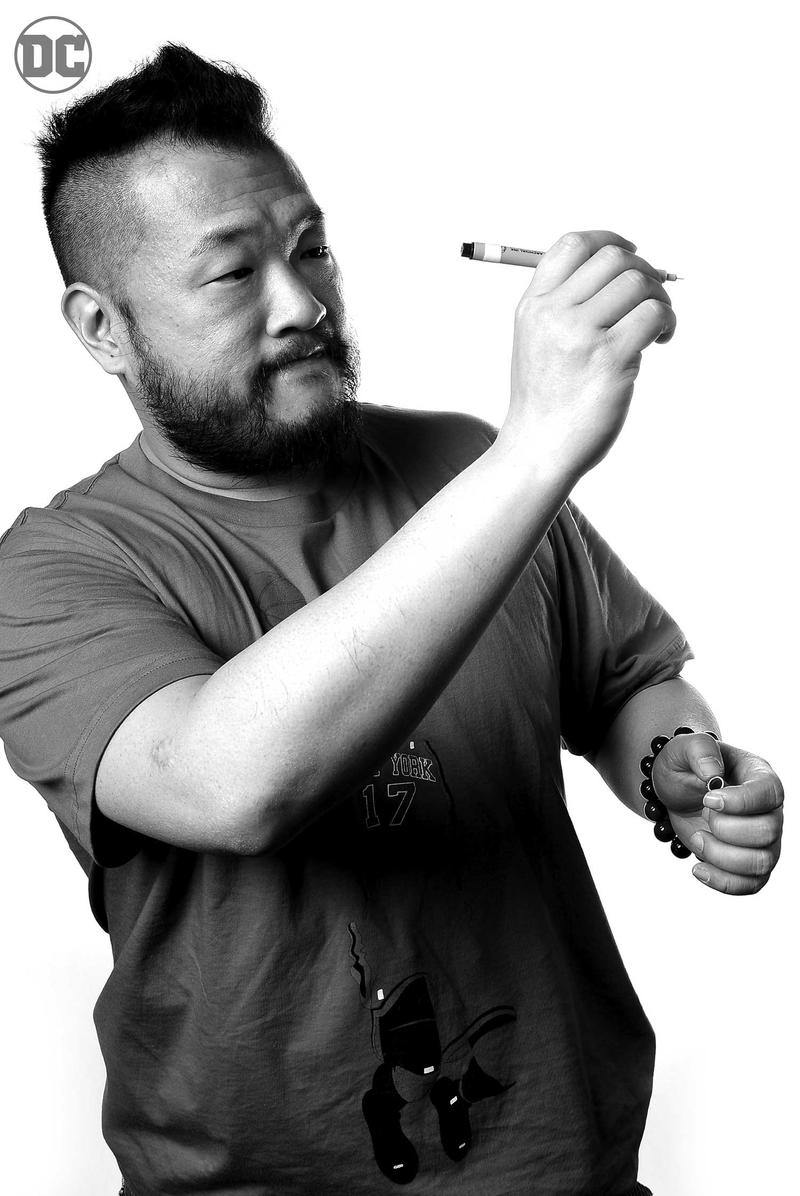 Journey to the West follows the epic journey of a monk and his three disciples, among them the mischievous Sun Wukong, as they try to track down certain sacred Buddhist texts. Along the way, they come up against several  demons — and moral dilemmas — that are trying to derail them, so there is plenty of action. Various adaptations of these tales have appeared in print, films, TV and video games, since Wu’s tome was published in 1592.

Yang and Chang were beamed into our city last Saturday at a Hong Kong International Literary Festival-hosted event. Local comic fans were given a low-down on Monkey Prince, and where his saga might be headed. For those who missed the session, a video recording is now available online (https://www.festival.org.hk). When we caught up with the writer-illustrator pair in the lead-up to the online session, they were both buzzing about the possibilities that lie ahead.

They revealed that DC Comics editor Jessica Chen had been mulling the idea of introducing the Monkey King story in an updated version to a global audience of comic fans for years.

“The comic world has seen Greek gods and Norse gods. Jessica thought it was time to bring in the Chinese gods as well,” says Yang. “And the Monkey King is a natural place to start.”

“The big thing for us was capturing the feel of Journey to the West. It’s both playful and violent, but it is so violent that it is cartoony. And then there is real heart. It’s about spiritual enlightenment and becoming a mature being. So those are the two pillars. We want it to be manic and fun but also have this deep spiritual structure underneath,” Yang explains. 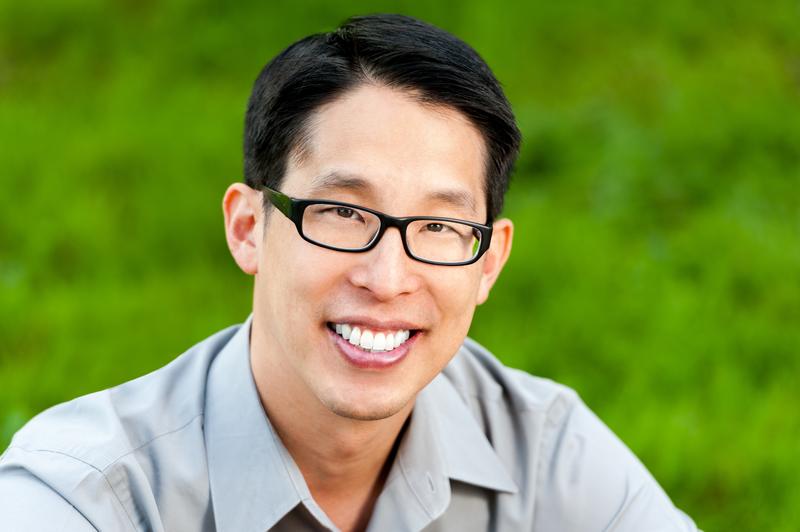 Writer Gene Luen Yang points out that the manic playfulness displayed by characters in Journey to the West are often rather “cartoony”. (PHOTO PROVIDED TO CHINA DAILY)

The launch of Monkey Prince has come at a time of intense questioning of the depiction of Asian characters in comic history. The likes of the evil Doctor Fu Manchu — who appeared in various guises in the 1930s — are increasingly being seen as examples of Asian stereotyping. Trying to redress the balance, DC Comics has been at the forefront of developing Asian characters as heroes. In The Asian Superhero Celebration anthology, for instance, figures like Lady Shiva appear alongside Cassandra Cain (aka Batgirl).

On the big screen, the casting of non-Asian actors in Asian character roles — such as Scarlett Johansson taking the lead in the live-action adaptation of the Japanese anime Ghost in the Shell (2017) — has raised eyebrows. Ahead of its September release,  Shang-Chi and the Legend of the Ten Rings,  which brings a Chinese, Bruce Lee-inspired comics hero to the big screen, is drawing flak for casting actors of Asian ethnicity raised in the West in lead roles. Besides, Shang-Chi, being the son of the villain Fu Manchu, who was based on racist stereotypes, in the source text makes him somewhat suspect to comics fans, who are often too emotionally invested in these stories to distinguish reel from real.

A film adaptation of Monkey Prince — when and if it happens — will likely have its share of challenges to contend with. However, Ross Chen, a Hong Kong-based critic and the founder of LoveHKfilm.com, believes the signs so far are all positive.

Chen grew up in California as well, and was aware of Monkey King’s adventures from an early age. There was the famed Japanese TV series, followed by a Hong Kong-made version and a constant stream of film adaptations that have showcased the talents of Stephen Chow (A Chinese Odyssey), Jet Li (The Forbidden Kingdom) and Donnie Yen (The Monkey King).

Chen attributes the scant presence of Asian mythology in American comics to “the predominance of white creators.” And while Fu Manchu has been around for a while, it could look like “they only took the bad guy.”

“But there is so much in the Monkey King story to work with,” says Chen. “With globalization, the story of the Monkey King has certainly come closer to the West. It’s going to be interesting to see where they take it.” 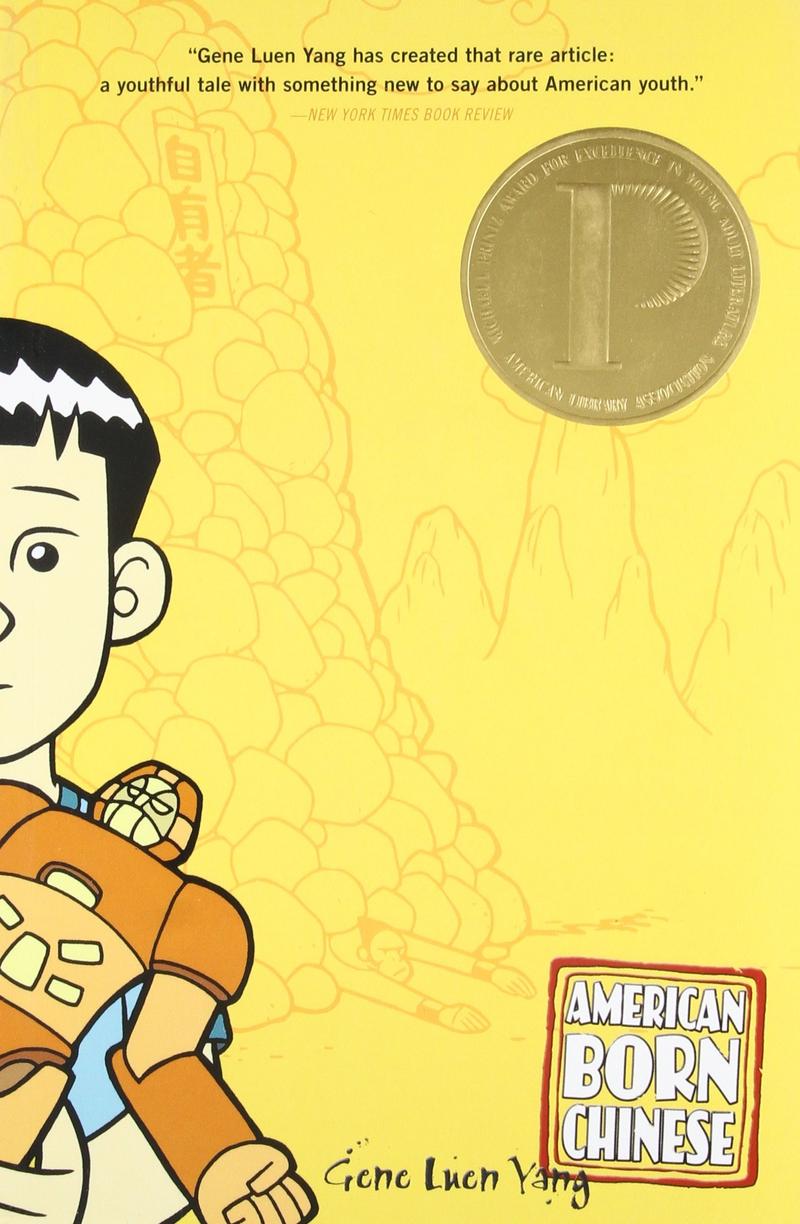 Yang’s graphic novel American Born Chinese was a finalist for the 2006 National Book Awards in the United States. (PHOTO PROVIDED TO CHINA DAILY)

In the meantime, Yang, Chang and Jessica Chen are looking at ways to expand their Monkey Prince’s presence in the ever-evolving DC Universe. Talking about their plans takes Chang back to his childhood, and the days of being emotionally involved in the fate of comic-book heroes.

“After moving to the US, I started to consume stories of American superheroes,” recalls Chang. “My father saw this and said, ‘I want to introduce you to this legendary Chinese superhero.’”

And so began the spell of listening to bedtime stories of Sun Wukong and his adventures and dreaming of the characters in his sleep.

“It was a wondrous world I was getting into. And now I have this wonderful opportunity to bring the joy and wonderment I had as a kid into this new format that I have devoted my entire career to,” Chang says.