By Zhang Zhihao and Zhang Yi 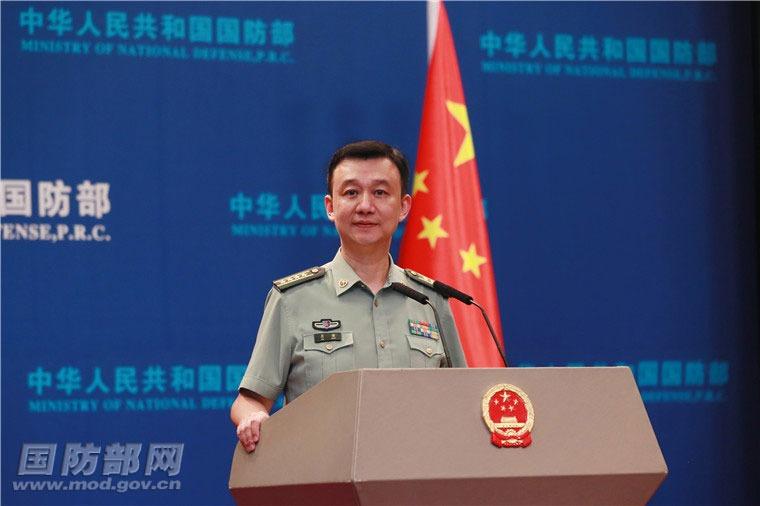 The Ministry of National Defense urged the United States "not to play with fire" and stop risky provocations in response to reports of the US landing a military transport plane in Taiwan on Thursday.

Any foreign military plane landing on Chinese territory must receive approval from the government of the People's Republic of China, Senior Colonel Wu Qian said

According to Taiwan media, a C-146A Wolfhound transport aircraft left Okinawa's Kadena Air Base in Japan and landed at Taipei Songshan Airport on Thursday morning. The plane had no passengers and stopped for around 35 minutes to deliver items for the American Institute in Taiwan.

Senior Colonel Wu Qian, a ministry spokesman, said in a statement that the island is an inseparable part of China's territory, and that the Chinese military had expressed its serious concern over the stopover.

Any foreign military plane landing on Chinese territory must receive approval from the government of the People's Republic of China, Wu said.

Any violation of China's airspace by foreign forces will lead to serious consequences, he said. "We urge the US side not to play with fire, immediately stop these risky provocations, stop sending the wrong signals to Taiwan separatist forces and avoid escalating tension across the Taiwan Straits."

Wu warned the island's ruling Democratic Progressive Party not to misjudge the situation and invite trouble by taking risks and colluding with foreign forces for its secessionist agenda.

"This will only push Taiwan into a perilous situation," he said. "China must and will inevitably be united."

"Nobody should underestimate the Chinese people's adamant determination, unshakable will and formidable capability in safeguarding national sovereignty and territorial integrity," he said. "The People's Liberation Army will remain on high alert and take whatever actions necessary to crush any Taiwan secessionist agenda."

Zhu Fenglian, a spokeswoman for the Taiwan Affairs Office of the State Council, also urged the US to cease all provocation against the Chinese mainland after the US military aircraft landed on the island.

"We are firmly opposed to any form of military interaction between Taiwan and the US, and we will firmly uphold China's sovereignty and security," Zhu said.

Zhu urged the US to abide by the provisions of the three Sino-US joint communiques on the Taiwan question and to stop all provocative actions.

She also condemned the administration of the DPP for colluding with foreign forces to seek "independence" and reject reunification with the mainland.