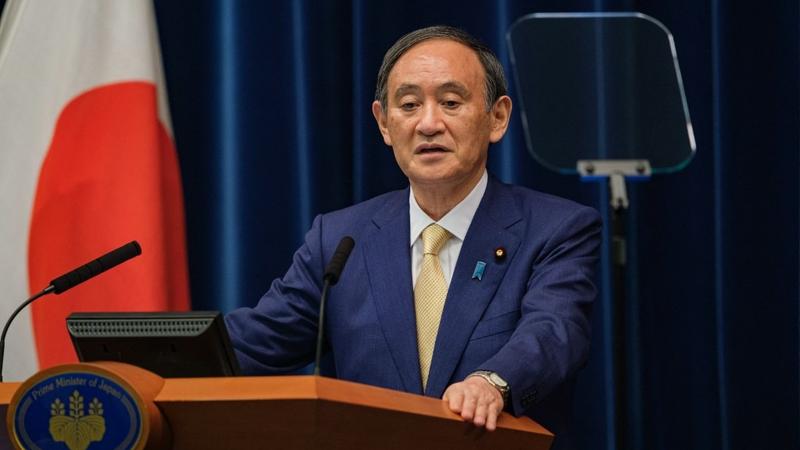 Japan's Prime Minister Yoshihide Suga speaks during a press conference on a new COVID-19 state of emergency stretching throughout the Tokyo Olympics, at the prime minister's official residence in Tokyo on July 8, 2021. (Nicolas Datiche / POOL / AFP)

The Japanese administration has requested liquor wholesalers to stop selling alcohol to pubs that have violated anti-COVID-19 measures forbidding pubs to serve liquor. The move has attracted strong objection.

The request has already been withdrawn. I would like to apologize for causing so much trouble to so many people.

The Japanese government has since withdrawn the request. "The request has already been withdrawn. I would like to apologize for causing so much trouble to so many people," Suga said on Wednesday.

Suga said that he had not taken part in the discussion on the matter when asked whether he was told previously the details of the request.

The prime minister added that it was crucial to give incentives such as subsidies to pubs and restaurants to encourage them to stop serving alcohol to avoid the spread of the coronavirus.

The government request has received criticism not only from liquor dealers and opposition parties but also from within the ruling coalition.

The minister in charge of the COVID-19 response was also criticized this week a now-withdrawn plan that called on financial institutions to order businesses to abide by COVID-19 restrictions.