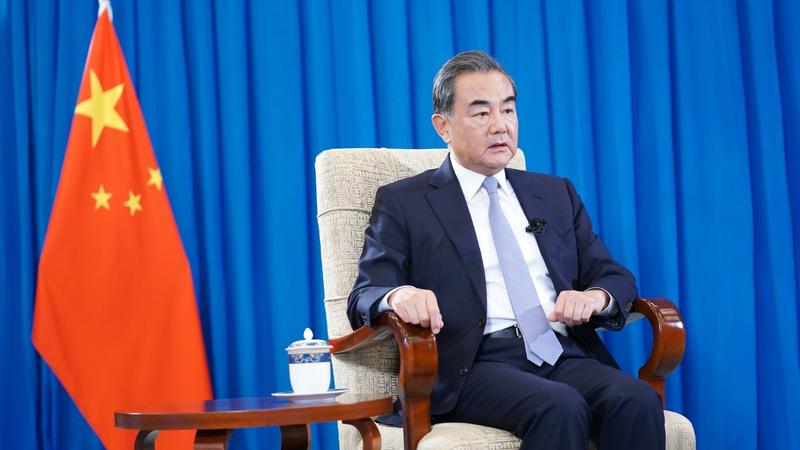 BEIJING - Chinese State Councilor and Foreign Minister Wang Yi said on Saturday that the "Indo-Pacific Strategy," which seeks bloc confrontation and aims to create geopolitical rivalry, is a comeback of Cold War mentality and retrogression of history.

Wang made the remarks while addressing the opening ceremony of the ninth World Peace Forum at Tsinghua University in Beijing.

Wang said that zero-sum game is a Cold War mentality and goes against the common aspiration of all countries to seek peace, development and cooperation. The "Indo-Pacific Strategy" that seeks bloc confrontation should be swept into the garbage dump.

He called for opposing power politics and the practice of pressuring other countries while claiming to maintain "rules-based international order."

"In fact, they are imposing their own will and standards on others. They are replacing the universally accepted international law with the rules of a few countries," he said.

Wang urged clarification of the "rules" and the nature of "order" advocated by a few countries. They must be clearly defined rather than being left to be vague."