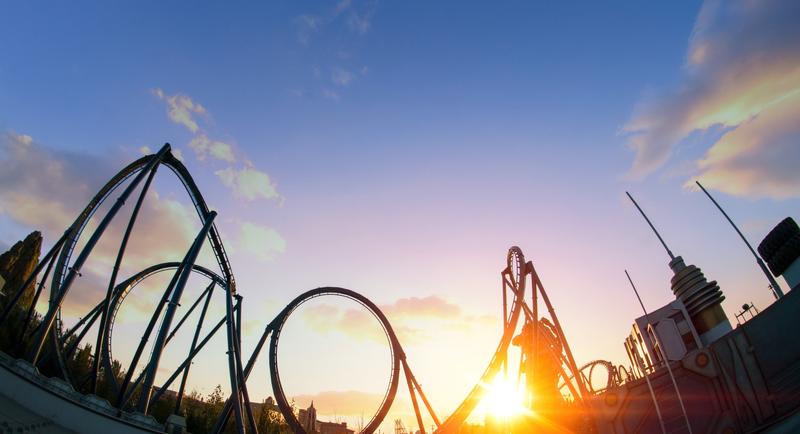 Roller coaster rides are among the many attractions at Universal Beijing Resort, which is due to open in the second half of this year. (PHOTO PROVIDED TO CHINA DAILY)

The long-awaited Universal Beijing Resort, which will be the largest of its kind in the world after its scheduled opening in the second half of this year, stands as a prime example of cooperation between China and the United States in recent decades.

The project was proposed 20 years ago, when the Beijing Tourism Group had the idea of building a Universal Studios park in the Chinese capital, as it realized that people were no longer satisfied with routine sightseeing and wanted to have other forms of entertainment.

Song Yu, chairman of the group, said in an exclusive interview with China Daily, "The resort showcases Sino-American cooperation, especially in the private and business sectors, despite the two governments' different political views.

"Relations between China and the US have had ups and downs in the past 20 years, but our project was finally nailed down and has become reality. This shows the deep trust between the Beijing Tourism Group and our US partner Universal Parks & Resorts, a business unit of Comcast NBCUniversal."

Entering the resort via Universal CityWalk, an open street with restaurants and shops, visitors could feel as if they had been transported to the US, but for a number of Beijing-style eateries, which blend perfectly with their surroundings.

It is the first time that the US company has invested in a brand hotel worldwide, highlighting its confidence in the Chinese market.

Beijing Shouhuan Cultural Tourism Investment Co is a subsidiary of Beijing Tourism Group, one of the leading players in China's tourism and hospitality sector.

"Different from other projects with such a big investment scale (dozens of billions of dollars), which are usually led by governments, UBR has been initiated and carried forward mainly by companies," Song said.

"This has brought obvious benefits and helped the two sides make full use of each other's advantages. It's a definite win-win.

"Beijing Tourism Group has a mature business structure, including tourist, culture, hotels and transportation units, which can integrate many resources for the resort's future operation. Our US partner has strong competence in cultural areas－especially entertainment, innovation and design－as well as rich operational experience in theme parks.

"The two companies are a perfect match. The central government has attached great importance to innovation products and has been very supportive of this project." 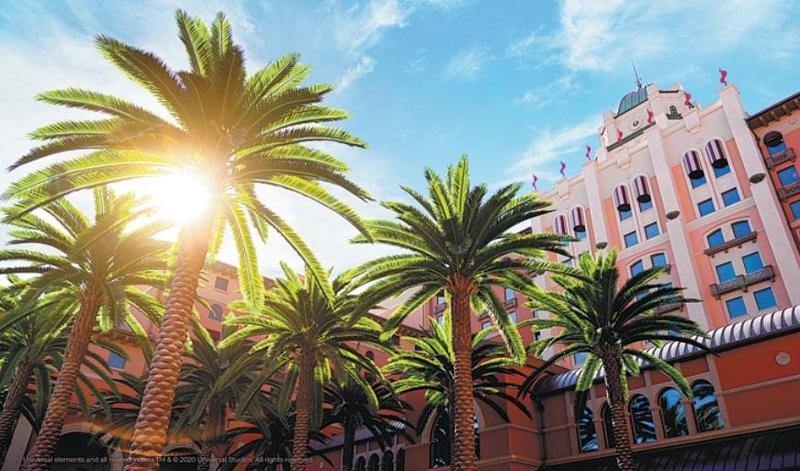 Universal Studios Grand Hotel is located at the entrance to the new theme park. (PHOTO PROVIDED TO CHINA DAILY)

Any project that takes two decades to come to fruition is not easy, and the Beijing venue is no exception.

"Comcast NBCUniversal visited other cities in China while considering the location for its theme park in China. After a detailed inspection, it saw the uniqueness of Beijing in the fields of marketing, talent and culture," Song said.

"The capital is a place all Chinese want to visit at least once in their lives," he added.

Beijing Shouhuan Cultural Tourism Investment Co was established in 2013, and the two sides reached agreement on the resort project that year.

In September 2014, the project was approved by the National Development and Reform Commission, marking a milestone for the entire process.

Negotiations between the two sides lasted three years and seven months, and were difficult, even though both parties were strongly committed to cooperation. By the end of 2017, the Beijing International Resort Co joint venture was formed and construction of the project was accelerated.

"We were excited by Beijing for many reasons. We found a supportive government, a rapidly growing area, a thriving city, millions of consumers we felt would be excited by our destination, great potential team members, a strong transportation network and a strong network of businesses and supplier partners," Eitingon said.

"Universal Beijing Resort enjoyed strong support from both the central and Beijing municipal governments throughout the entire project. We are thankful for the support we received from them as we selected our site, and the significant infrastructure investment the (Beijing) government has made to support our destination－including road connections, subway stations and rail links."

The park can be reached via the Batong Line and Line 7 on the Beijing Subway, as well as by bus and boat－a 2.8-kilometer-long waterway links the resort area to the capital's sub-center cultural and tourist zone.

Eitingon said that after COVID-19 emerged at the start of last year, the Chinese and US teams worked together on an active response.

"We quickly formulated scientific and effective prevention and control plans, implemented all measures in a coordinated way and worked hard to minimize the impact on the project schedule. The project quickly resumed construction in an orderly way," he said.

"We relied upon government support to get construction restarted, to get workers back on the site and stay on schedule. It's testament to the great support we've had that we are still on the schedule we set originally and still in a very good position." 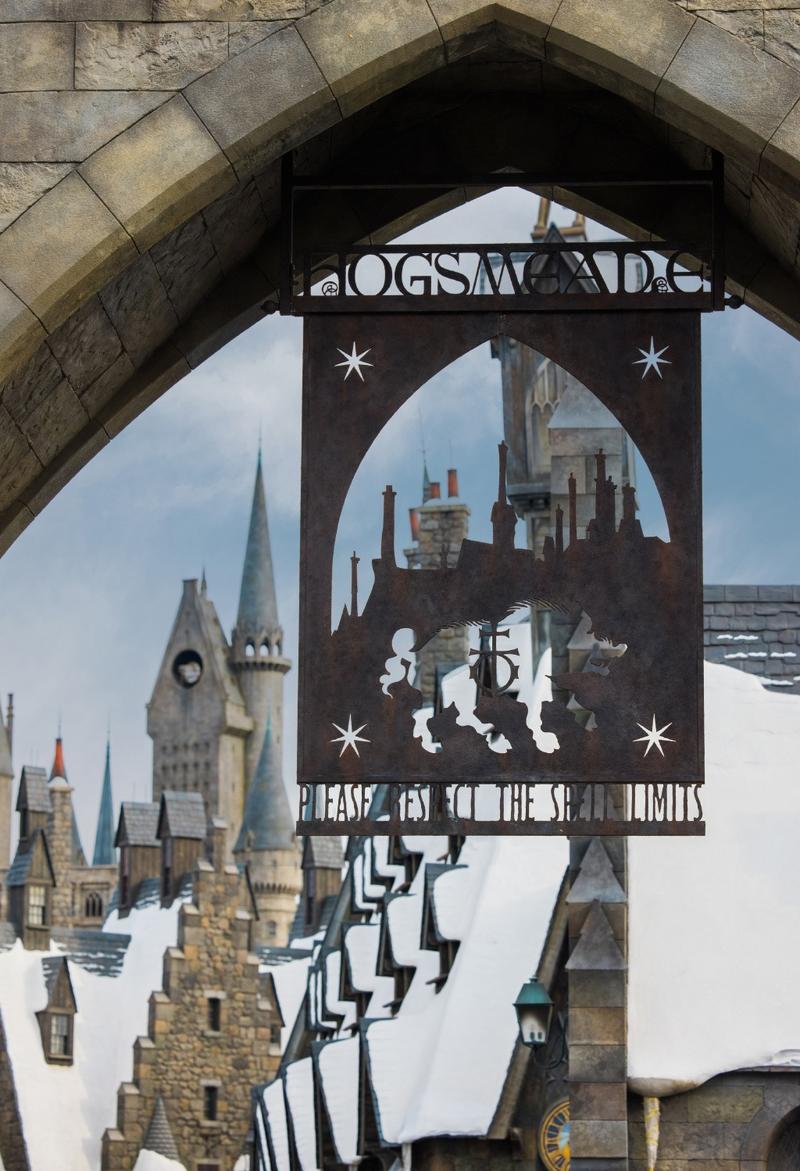 The Wizarding World of Harry Potter will transport guests of all ages to settings in the Harry Potter books and movies. (PHOTO PROVIDED TO CHINA DAILY)

Zhang Lingling, 28, a local white-collar worker who has visited Universal Studios Singapore, said she is looking forward to the Beijing resort opening, as she is a big fan of films and roller coaster rides.

"I have visited the Shanghai and Hong Kong Disneylands, as well as Universal Studios in Singapore and Japan. I had been hoping so much that we could have such a venue in our city, which is a must for the capital," she said.

Zhang said she was thrilled to hear that Universal Beijing Resort would be the largest of its kind in the world.

Like her, many people eager to experience the new theme park have recently downloaded a trial version of the venue's app, which is available online with details of shows and themed rides.

The park has yet to open, but news about the venue has become a hot topic among the public.

While people are eagerly waiting to visit the venue, the companies involved in the project, along with the local government, believe it will offer far more than just fun.

Eitingon said, "Universal Beijing Resort will play a key role in helping to elevate the cultural and tourism landscape of Beijing－becoming a tourism landmark for the city and contributing to a higher level of international cultural exchange."

He believes the venue will inject new vitality into the development of China's cultural and tourism industry.

According to Beijing International Resort Co, about 100,000 construction workers were involved in the venue's building phase and more than 10,000 jobs will be created in the operational phase.

"The company aims to recruit in a way that not only benefits local residents but also attracts more talent to the city sub-center," Eitingon said.

"We are working with more than 30 vocational schools for talent cultivation, contributing to such cultivation and retention within Tongzhou district, where the park is located, and to talent development in the cultural tourism industry nationwide."

The theme park, together with Universal CityWalk and the two hotels, will create a large number of jobs involving the entertainment, retail and catering sectors. The venue will also boost Beijing's economy and new development structure.

Zhao Jun, director of the Tongzhou district cultural and tourism administrative committee, said the park will bring opportunities to about 100 industries.

"We have approached a group of leading cultural and tourist companies to set up businesses in the district. We will cooperate in sectors including tourism, high-tech, entertainment and culture. Full industrial and consumption chains will be expanded as the theme park develops," he said.

"It will drive construction of an integrated cultural tourism ecosystem, trigger more business opportunities and extend the industrial chain in the region," she added.

The park aims to create an entertainment experience that incorporates Chinese culture and entertainment concepts from around the world. 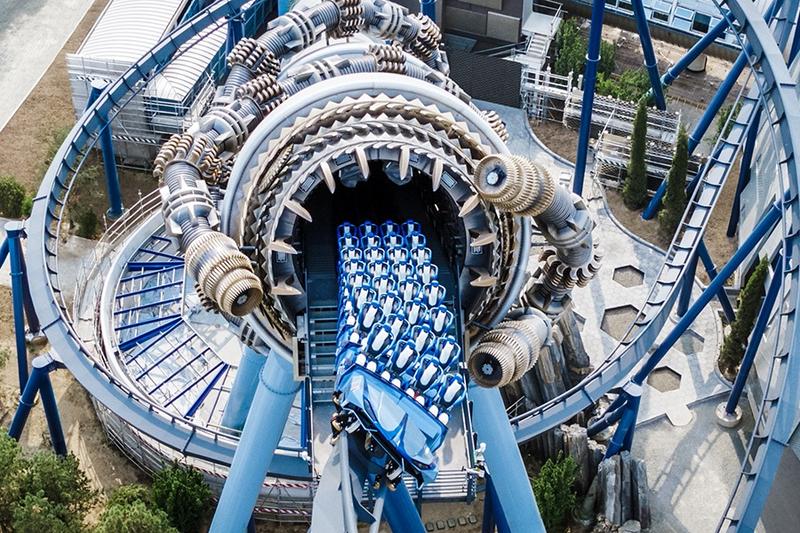 The Decepticoaster is the largest roller coaster at Universal Beijing Resort. (PHOTO PROVIDED TO CHINA DAILY)

The venue is expected to receive more than 10 million tourists a year and achieve annual revenue of 10 billion yuan.

Kung Fu Panda Land of Awesomeness, inspired by DreamWorks Animation's film franchise, is Universal's first "land" with such a theme.

Transformers Metrobase will be the first Transformers "land" in the world. The designers, well aware that visitors will be familiar with the Hollywood movie, have added a Chinese touch by setting the Metrobase headquarters in Beijing.

Guan Yu, deputy head of Beijing's culture and tourism bureau, said the park is expected to create a huge consumption ecosystem and meet the demands of tourists.

"It's time to reform the tourist industry. A deep integration of culture and tourism is needed to provide high-end products and services," she said.