A gift from star-reaching national missions 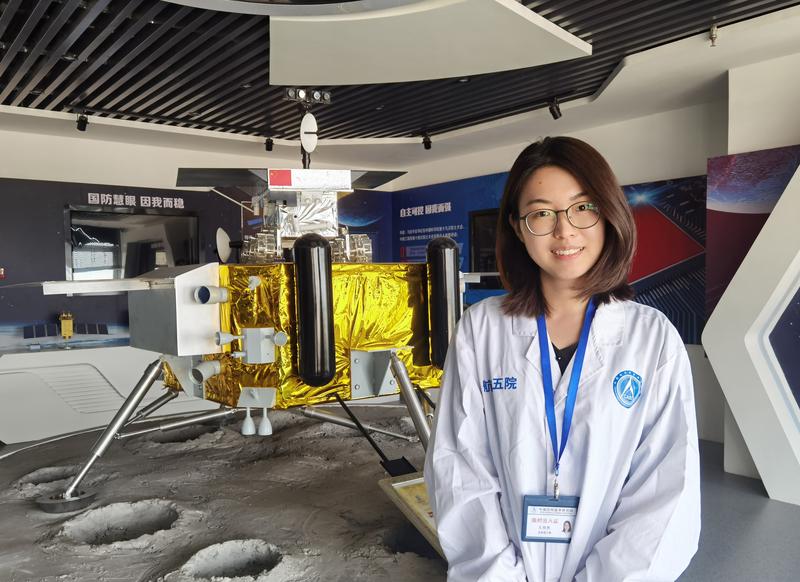 In this undated photo, Wang Yiran, a postdoctoral fellow at the Hong Kong Polytechnic University’s Department of Land Surveying and Geo-Informatics, stands next to the model of the Mars probe Tianwen-1 at China Academy of Space Technology in Beijing. (PHOTO PROVIDED TO CHINA DAILY)

The 27-year-old researcher from Shandong province was one of many scientists behind this national mega project, which started in 2016, the same year she began her studies in Hong Kong and joined the national endeavor.

Being part of the nation’s space program is more like a reward for a scientific researcher than a call of duty, Wang Yiran, a postdoctoral fellow at Hong Kong Polytechnic University said

Wang contributed to the work of finding an ideal landing site for the probe’s robotic lander spacecraft, carrying the Mars rover Zhurong – named after China’s traditional god of fire.

Being part of the nation’s space program is more like a reward for a scientific researcher than a call of duty, Wang said.

“During the process, our efforts were seen and recognized. It will fuel our enthusiasm for research work and always drive us forward,” she said.

Wang was among a 20-strong PolyU team led by Professor Wu Bo of the Department of Land Surveying and Geo-Informatics. The team, at the invitation of the China Academy of Space Technology, was tasked with finding the safest site, or the flattest area with the gentlest slope, on Mars to land a spacecraft.

The Tianwen-1 project started in 2016. Comprising an orbiter, a lander and a rover, the spacecraft was launched on July 23, 2020.

Wang was the only member of the team to work alongside the national astronautic scientists in Beijing for the whole project. Her scientist colleagues, mainly graduates, doctoral and postdoctoral students, had to remain in Hong Kong due to COVID-19 travel restrictions between the special administrative region and the Chinese mainland.

She arrived in Beijing soon after the probe entered the Mars orbit in February this year. Various scientific probe findings, captured by advanced cameras and spectrometers by the Tianwen-1 probe, were sent to Beijing and she was responsible for transmitting the images of Mars back to her colleagues in Hong Kong for analysis.

Wang contributed to the work of finding an ideal landing site for the probe’s robotic lander spacecraft, carrying the Mars rover Zhurong

With those materials and a deadline in early May, the team needed to conduct a thorough survey of an initial targeting landing zone of 12,600 square kilometers inside the Utopia Planitia, which is 11 times the size of Hong Kong, or two-thirds that of Beijing. The image files and data reached 100 gigabytes.

Wang was assigned to identify impact craters on the target landing site, which turned out to cover 670,000 craters.

Luckily, she got help from the AI-based algorithms that can automatically distinguish between craters and rocks from the high-resolution images.

Wang optimized the technology according to the Martian surface. The situation has been used in lunar explorations, but craters on Mars suffered from worse weather than those on the moon due to atmospheric motion.

The algorithms developed by PolyU substantially speeded up the work. Without AI-based technology, the tasks would have taken years to complete. In 2013, it took a dozen PolyU students more than three months to handpick all the potential obstacles within a much smaller landing area of the Chang’e-3 mission. 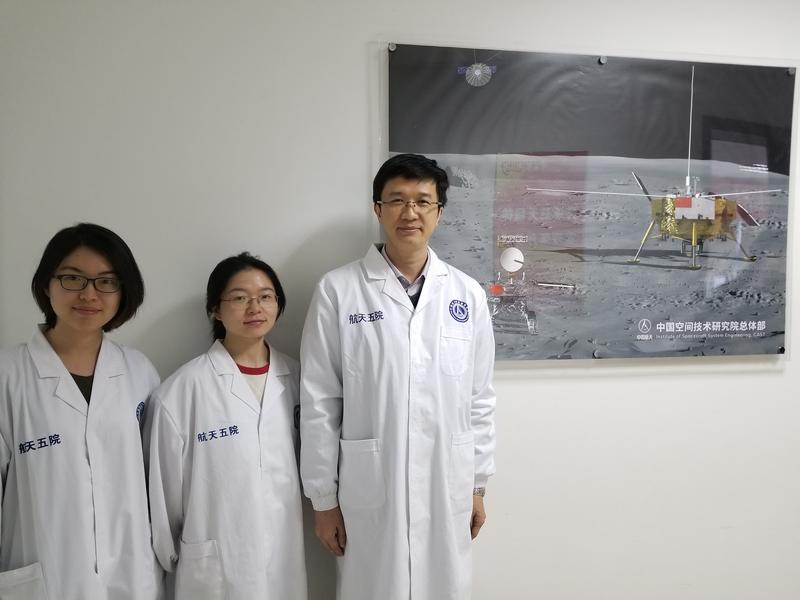 Wu Bo (first right), an associate professor of the Hong Kong Polytechnic University's Department of Land Surveying and Geo-Informatics, stands with his Chang’e-4 project team at China Academy of Space Technology in Beijing on Jan 4, 2019. (PHOTO PROVIDED TO CHINA DAILY)

Based on the data from Wang and her colleagues, Wu recommended to Beijing the three safest oval-shaped areas within the targeting landing zone. Beijing settled for area number 16 – the least risky one found by the team. It signaled the team had accomplished its mission. Wang, however, had to wait for orders until the big day of the landing.

Upon receiving the first group of images captured by cameras during the nine-minute touchdown sent back to Earth after the landing, Wang instantly recognized the locations of the craters shown in the picture. Her contribution helped to significantly narrow down the search for the lander using the cameras on the Tianwen-1 orbiter.

When Wang was assigned the task, the 27-year-old scientist trained herself to memorize the features of the entire landscape, until each crater became as familiar as the “faces of friends”

Hitting the target was no coincidence. When Wang was assigned the task, the 27-year-old scientist trained herself to memorize the features of the entire landscape, until each crater became as familiar as the “faces of friends”.

Then came the big announcement from the country’s space agency: “The lander of China’s Tianwen-1 mission landed successfully on Mars in the early morning of May 15”. The coordinates of the landing site were 25.1 degrees north and 109.9 degrees east.

The Hong Kong research team was also impressed that the Tianwen-1 lander had ended up landing near the center of the area – an engineering feat that turned their findings into reality.

The researcher from Shandong province began her doctoral studies in Hong Kong in 2016, just as the Mars project began. The advanced space project, a highlight of her doctoral and postdoctoral days, was the perfect graduation gift.

Yet to determine her career after graduation, Wang said further scientific exploration would be her first choice.

If Wang was offered a ticket to other national programs towards the stars – which have been lined up in the country’s schedule from the second half of the year until 10 years from now, she said she would definitely accept.