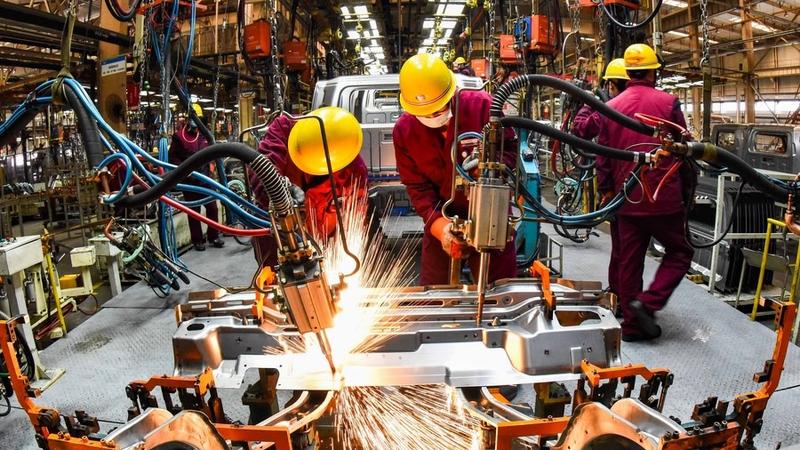 GENEVA - The United Nations Conference on Trade and Development (UNCTAD) said Monday that foreign direct investment (FDI) flows plunged globally by 35 percent in 2020 due to the COVID-19 pandemic, but are expected to bottom out in 2021 mainly thanks to the recovery in Asia.

In its "World Investment Report 2021," the Geneva-based UN trade and development body said FDI flows fell to US$1 trillion in 2020 from US$1.5 trillion the previous year.

Lockdowns caused by the COVID-19 pandemic around the world slowed down existing investment projects, and the prospects of a recession led multinational enterprises to reassess new projects, according to the report.

UNCTAD said that in developing countries, the number of newly announced greenfield projects fell by 42 percent and international project finance deals, which are important for infrastructure, declined by 14 percent.

The UNCTAD also said that COVID-19 caused a collapse in investment flows to sectors relevant for the Sustainable Development Goals (SDGs) in developing countries.

"The drop in foreign investment in SDG-related sectors may reverse the progress achieved in SDG investment in recent years, posing a risk to delivering the 2030 Agenda for Sustainable Development and to sustained post-pandemic recovery," Durant warned.

On the bright side, the figures showed that flows to developing countries in Asia increased by 4 percent to US$535 billion in 2020, reflecting resilience amid the global contraction.

"Despite the pandemic, FDI to and from the region remained resilient in 2020. Developing Asia is the only region recording FDI growth, accounting for more than half of global inward and outward FDI flows," said UNCTAD's director of investment and enterprise, James Zhan.

"FDI prospects in 2021 for Asia are more favorable than the global average, because of recovery in trade, manufacturing activities and a strong GDP growth forecast," he added.

UNCTAD said this was reflected by "the country's success in containing the pandemic and its rapid GDP growth recovery." Growth was driven by technology-related industries, e-commerce and research and development, it added.

The UNCTAD forecast global FDI flows to bottom out in 2021 and recover some lost ground with an increase of 10 to 15 percent.

"This would still leave FDI some 25 percent below the 2019 level. Current forecasts show a further increase in 2022 which, at the upper bound of projections, bring FDI back to the 2019 level," Zhan said.

The report said that prospects are highly uncertain and will depend on the pace of economic recovery and the possibility of pandemic relapses, the potential impact of recovery spending packages on FDI, as well as policy pressures.

The relatively modest recovery also reflects the lingering uncertainty about access to vaccines, the emergence of virus mutations and the reopening of economic sectors.

"Increased expenditures on both fixed assets and intangibles will not translate directly into a rapid FDI rebound, as confirmed by the sharp contrast between rosy forecasts for capex (capital expenditures) and still-depressed greenfield project announcements," Zhan said.