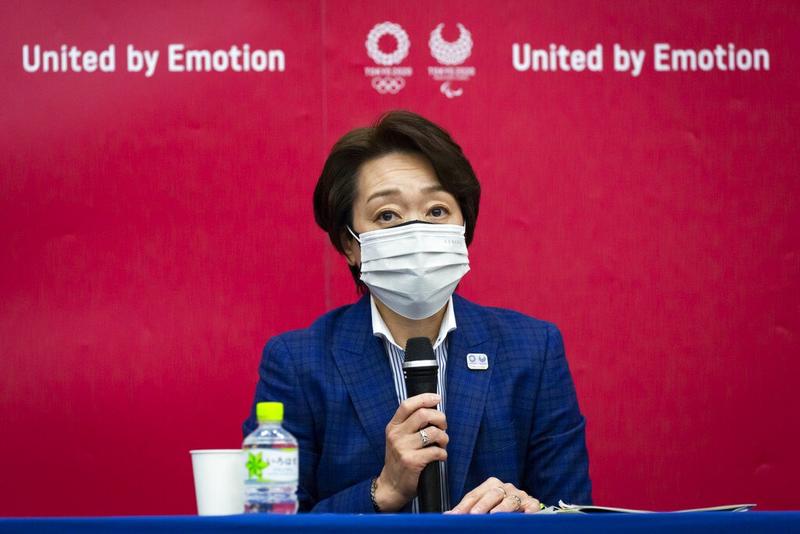 TOKYO - Tokyo Olympics chief Seiko Hashimoto is still keen to hold the postponed Games with spectators despite receiving a report from the government's top COVID-19 adviser stating that the Games should be held behind closed doors.

Shigeru Omi, the Japanese government's top medical adviser on COVID-19, told Hashimoto Friday morning that the best way to avoid expanding the risks of further infections is to hold the Games without any audience.

"When we look at other sports events, like J-League and professional baseball, they have provided us sufficient evidence that they have been able to accomplish so far under the circumstances," said Tokyo Olympics chief Seiko Hashimoto, referring to holding matches with spectators

"That was his recommendation," Hashimoto told reporters at a press conference. "Ideally, the best way is to hold the Games without spectators."

But the former seven-time Olympian said that Omi also provided her other recommendations to hold the Games with spectators.

"When we look at other sports events, like J-League and professional baseball, they have provided us sufficient evidence that they have been able to accomplish so far under the circumstances. So we also need to take those cases into consideration as well."

Each match from the football J-League and professional baseball league can seat half of the venue capacity, or 5,000 fans at most, even during the state of emergency covering Tokyo and other nine prefectures. The Japanese government could increase the number to 10,000 once the state of emergency is lifted next Monday. Olympics Minister Tamayo Marukawa said Tokyo Olympic events will also be limited to no more than 10,000 fans.

But Omi pointed out that the Tokyo Olympics and Paralympics are very special events that need even more stringent countermeasures than other sports events.

"I understand that," Hashimoto said. "So we need to look at stricter rules. That is what we should be doing."

READ MORE: Tokyo 2020 promise to be weirdest ever for isolated athletes

Hashimoto said that the final decision on spectators is expected to be made next Monday after a five-party meeting, which will be attended by Tokyo 2020 organizing committee, IOC, IPC, the Japanese government and the Tokyo Metropolitan government.

She said that the organizers will try hard to have some spectators inside the Olympic venues.

"As long as we have spectators who would endeavor to see the Games on site, we would like to accommodate the requests as much as possible," Hashimoto said.

"What we can do is to minimize the risks. We should do whatever we can until the very last minute. I think that is the mission of Tokyo 2020 to continue searching for the best way to make this happen," she added.