By Chen Zimo and Chen Shuman 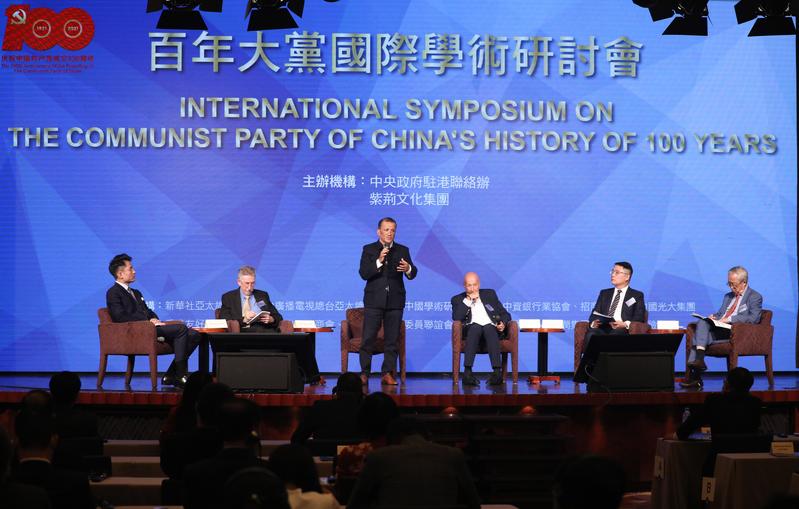 HONG KONG - International scholars spoke highly Wednesday of the Communist Party of China’s political wisdom, which they say has been embodied in the design and improvement of the “one country, two systems” principle in Hong Kong.

Speaking at an international symposium to mark the centenary of the CPC, Richard Cullen, a law professor at the University of Hong Kong, said the way the central government dealt with the exceptionally violent and destructive insurgency in Hong Kong in 2019 is a good case in point.

Cullen said the level of violence and destruction during the insurrection grew so intense that many in Hong Kong, himself included, wondered what may become of the Hong Kong Special Administrative Region.

He said those worries were eased when the central government calmly dealt with the violence and destruction the city experienced in 2019 with legal means — the National Security Law for Hong Kong, and the city’s electoral reform.

These two efforts by the central authorities also reformed and recast basic political foundations in Hong Kong to protect the “one country, two systems” principle and ensure that the HKSAR can make the very best of its future within China, he said.

Cullen’s HKU colleague Albert Chen Hung-yee, who is also a member of the Basic Law Committee, envisioned that under “one country two systems”, Hong Kong could make an important contribution to China’s socialist modernization driven to be realized by 2035, and the renaissance of the Chinese nation.

Chang Chak-yan, another political scholar from the Chinese University of Hong Kong, said the establishment and development of the Hong Kong SAR was a good story to tell about China. The design of the “one country, two systems” demonstrated the Party’s orientation for a “win-win” approach, instead of one of self-interest.

Chang, a native of Malaysia, has been in Hong Kong for about 45 years.

Malaysia-born Chandran Nair, founder of local think thank Global Institute for Tomorrow, shared his early experience of being misled by the anti-China propaganda generated by the West, and how his mindset shifted after he saw what was really happening in Hong Kong and the Chinese mainland.

He believed that China could acquire more international influence in the future, which will benefit the development of more small countries.

Robert Lawrence Kuhn, founder and chairman of the Kuhn Foundation, said the elimination of poverty under CPC leadership revealed deep insights into the Party’s governance and organizational capability.

John Ross, former director of economic and business policy for the mayor of London, said the social and economic achievements since the founding of the nation have improved the status of a number of people in the world, which demonstrates that the development path led by the CPC fully contributed to China’s rejuvenation.

Allan Zeman, chairman of the Lan Kwai Fong Group, said China’s system is “admirable” and workable despite being “mostly misunderstood”. The system has brought hundreds of millions of people out of poverty over 40 years and led to significant improvements in people’s livelihoods, he said.

He expressed his faith in China’s future, saying that the West will look to the East more and more in the following decade.