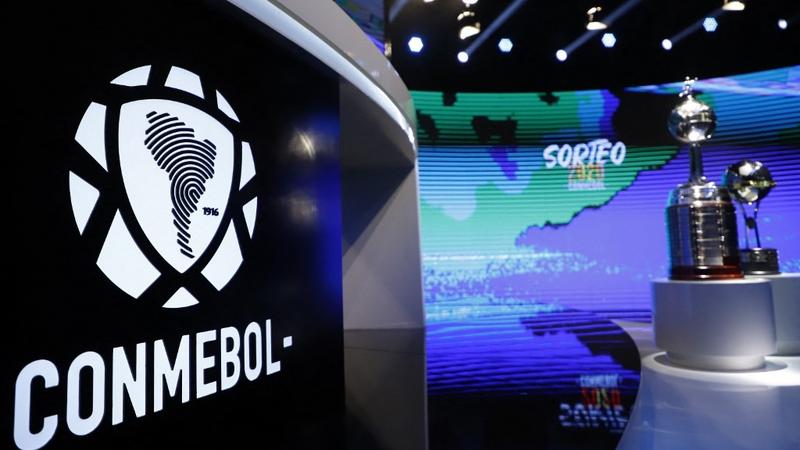 Picture of the Copa Libertadores, left and right, and Copa Sudamericana trophies taken during the draw for the next rounds of the football tournaments at the South American Football Confederation headquarters in Luque, Paraguay, on Oct 23, 2020. (PHOTO / AFP)

Brazil's Supreme Court on Thursday rejected two of three injunctions sought to prevent the Copa America soccer tournament being held in the country because of the coronavirus pandemic.

The 10-nation South American event is due to kick off on Sunday at Brasilia's Mané Garrincha stadium despite criticism of its organizer for hastily relocating the tournament from co-hosts Colombia and Argentina.

The court is expected to throw out a third injunction bid and allow the tournament to go ahead.

Brazilian President Jair Bolsonaro, who has played down the severity of the coronavirus and fought against lockdowns, threw his support behind the move

Justice Carmen Lucia said in her decision that it does not exempt authorities from adopting public health safety measures needed to prevent transmission of the virus that has killed almost half a million Brazilians.

Last week, the South American Football Confederation unexpectedly relocated the tournament after Colombia was dropped because of civil unrest and Argentina withdrew after a surge in coronavirus infections.

Brazilian President Jair Bolsonaro, who has played down the severity of the coronavirus and fought against lockdowns, threw his support behind the move.

But public health experts and footballers questioned the wisdom of hosting the tournament with a pandemic raging. The injunction requests were presented by opposition parties and the national metalworking industry labor union.