Philippines, Indonesia seek to shore up economies via tax reforms 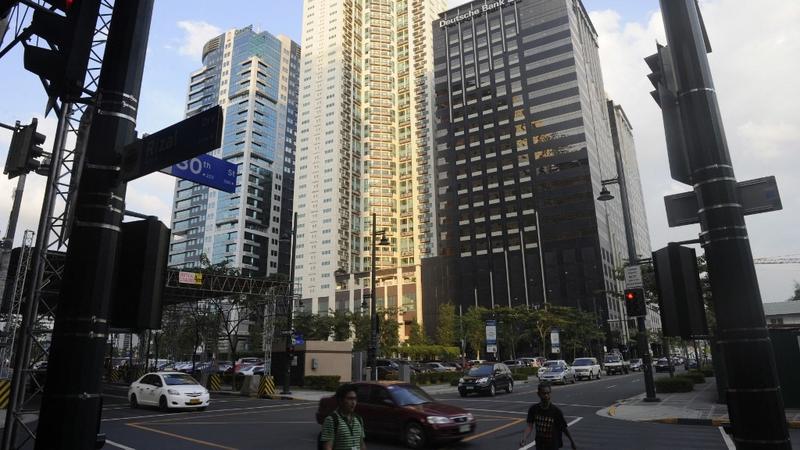 Reeling from the impact of the pandemic, some Southeast Asian nations are banking on tax reforms to spur post-COVID-19 recovery and address bottlenecks that have long constrained their economic growth.

Indonesia and the Philippines, which recorded the highest COVID-19 cases in the region and have seen their economies suffer a heavy blow, are showing the way as they redraw their tax policies in response to the challenging macro environment.

But these two countries are hoping that rolling out tax reform policies will generate more revenues or boost investments that can finance an economic rebound.  Indonesia is looking to impose carbon taxes and raising the value added tax rates. In the Philippines, the government has just enforced a law that will cut corporate tax rates, a move aimed at enticing more foreign investments into the country.

The Corporate Recovery and Tax Incentives for Enterprises (CREATE) Act in the Philippines cuts the corporate income tax rate to 25 percent, from 30 percent, for large corporations, and to 20 percent for micro, small and medium-sized enterprises, or MSMEs. It also offers performance-based and time-bound incentives to investors

“This is the biggest stimulus measure for the Philippines,” said Michael Ricafort, chief economist of the Manila-based Rizal Commercial Banking Corporation, referring to the Corporate Recovery and Tax Incentives for Enterprises (CREATE) Act that President Rodrigo Duterte signed into law on March 26.

CREATE cuts the corporate income tax rate to 25 percent, from 30 percent, for large corporations, and to 20 percent for micro, small and medium-sized enterprises, or MSMEs. It also offers performance-based and time-bound incentives to investors.

Ricafort said that while CREATE will reduce tax collections, such losses will be compensated by the inflow of more foreign investments. The economist noted that Philippines’ previous corporate income tax rate, which had been the highest in Southeast Asia, had crimped foreign direct investment, or FDI, inflows.

For local MSMEs, tax discounts will encourage the firms to invest more on business development, Ricafort said, adding that the financial support can also help prevent worker layoffs amid the pandemic.

The Philippines has one of the lowest FDI numbers in the region, with inflows at US$6.4 billion in 2020, according to data from United Nations Conference on Trade and Development. The figure is dwarfed by Indonesia’s US$18 billion. Singapore, Southeast Asia’s business and finance hub, raked in US$58 billion.

Jose Maria Clemente Salceda, chairman of the Ways and Means Committee of the Philippine House of Representatives and author of the CREATE bill, has estimated that the tax reform will help bring in at least US$90 billion in FDI and create 1.8 million jobs over the next ten years.  Local businesses can also enjoy over 900 billion pesos worth of tax savings, allowing them to reinvest.

Ruben Carlo Asuncion, chief economist of Union Bank of the Philippines, said CREATE will encourage more business process outsourcing, or BPO, firms to set up operations in the Philippines. BPOs are among the Philippines’ biggest employers, and Asuncion noted that the industry was resilient even amid the pandemic. He expects BPOs to come in greater numbers in the post-pandemic era as global companies seek to cut costs and outsource tasks to workers in developing countries.

The Philippine BPO industry’s revenues increased by 1.4 percent to US$26.7 billion in 2020, according to data from the IT and Business Process Association of the Philippines. BPO companies also hired 1.8 percent more employees last year, taking the sector’s direct employment to 1.32 million people. 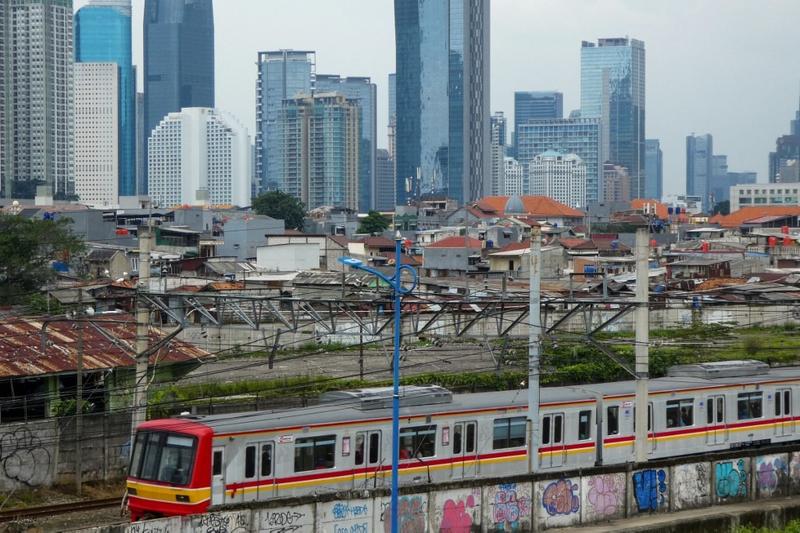 A commuter train passes through as the skyline is seen in downtown Jakarta on April 14, 2020. (BAY ISMOYO / AFP)

While the Philippines is using tax cuts to finance post-pandemic recovery, Indonesia is doing the reverse by imposing new taxes. According to a document released on May 21 by the Indonesia’s finance ministry, these taxes can be levied on “carbon-intensive” industries including pulp and paper, cement, electricity generation and petrochemical.

Yustinus Prastowo, executive director of the Jakarta-based think tank Center for Indonesia Taxation Analysis, or CITA, said enforcing a carbon tax will not only support national economic recovery, it can also support the development of renewable energy sources and fulfill the country’s commitment to the Paris climate accord.

According to a document released on May 21 by the Indonesia’s finance ministry, new taxes can be levied on “carbon-intensive” industries including pulp and paper, cement, electricity generation and petrochemical

Indonesia has committed to cut emissions by 29 percent, compared to the “business-as-usual” scenario, by 2030, or as much as 41 percent with international assistance.

Indonesia is one of the world’s biggest greenhouse gas emitters. Widespread deforestation and extensive use of coal and oil have led to a spike in emissions.

Mapa said that by increasing revenue collections, Indonesia can have “a steady stream of collections to help fund important expenditures, as (President) Joko Widodo hopes to steer the economy back to pre-pandemic levels and transform the economy to a higher value-added one”.

Prastowo, who serves as senior advisor to Indonesian Finance Minister Sri Mulyani Indrawati, said Indonesia is committed to enforce a tax system that is “just, fair and transparent” to ensure steady financing of the country’s development.

“We need to focus on economic recovery and as such we have to reform tax administration and collection,” he said.

Leonardus Jegho in Jakarta, a freelance journalist, contributed to this story.