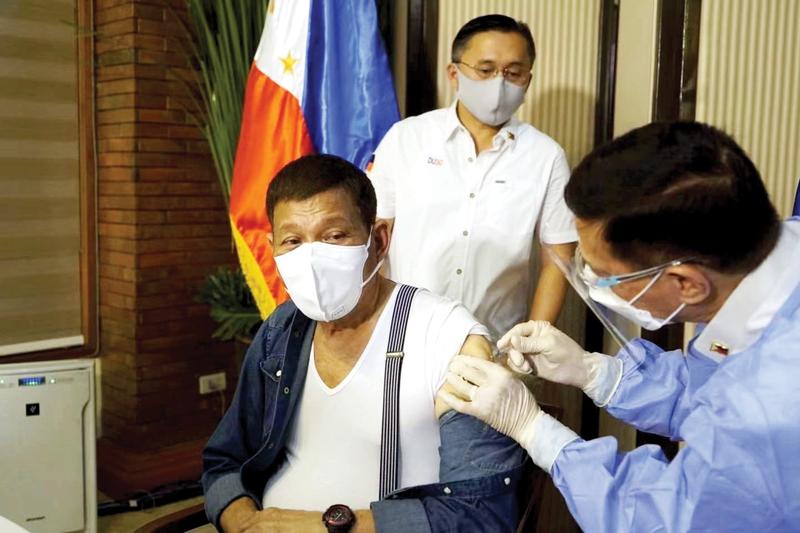 The Philippines must get the fundamentals right in its response to the coronavirus pandemic — from testing and contract tracing to vaccinations — as a surge in infections deepens the pressure on hospitals, health experts said.

Effective quarantine procedures and adequate COVID-19 treatments are also part of the mix, and improvements should be made, the experts said.

Hospitals are overflowing with infected patients, staffed by thousands of exhausted medical workers struggling to cope with shortages of medicines and vital equipment.

President Rodrigo Duterte recently extended a lockdown in the capital Manila and surrounding provinces until May 14.

In the video, Duterte, 76, said he was feeling good. He also encouraged all Filipinos to get vaccinated.

The Sinopharm vaccine is awaiting emergency use authorization in the Philippines, but the food and drugs regulator approved the “compassionate use” of 10,000 doses for Duterte’s security detail.

Carlito Galvez Jr, the chief implementer of the National Task Force Against COVID-19, said the country has a steady supply of vaccines with around 4 million doses arriving this month. About half of those doses will come from another Chinese drugmaker, Sinovac Biotech.

Manuel Dayrit, adjunct professor at the Ateneo School of Medicine and Public Health and a former secretary of the Department of Health, said the Philippines will need at least 140 million doses to vaccinate 70 percent of the population in the next seven months.

Dayrit said Chinese vaccines comprise a significant share of Philippines’ supply and their early availability enabled the country to start vaccinations on March 1. But the rollout has to be accelerated, he said.

Dayrit said the health authorities need to “improve on the fundamentals of pandemic control”, such as testing, isolating, contact tracing and treatment. These measures can help to stop the viral transmission even if the vaccination target is not met.

At this rate, it would take more than five years to vaccinate 70 million Filipinos.

Mendoza said the vaccination program can only serve as a “support mechanism” to the country’s battle against the pandemic, alongside mass testing and other basics.

Gideon Lasco, medical anthropologist and senior lecturer at the University of the Philippines’ Department of Anthropology, said the spike in COVID-19 cases also reflects “inconsistent policies regarding the opening of the economy”.