A frontier land of hope and dreams 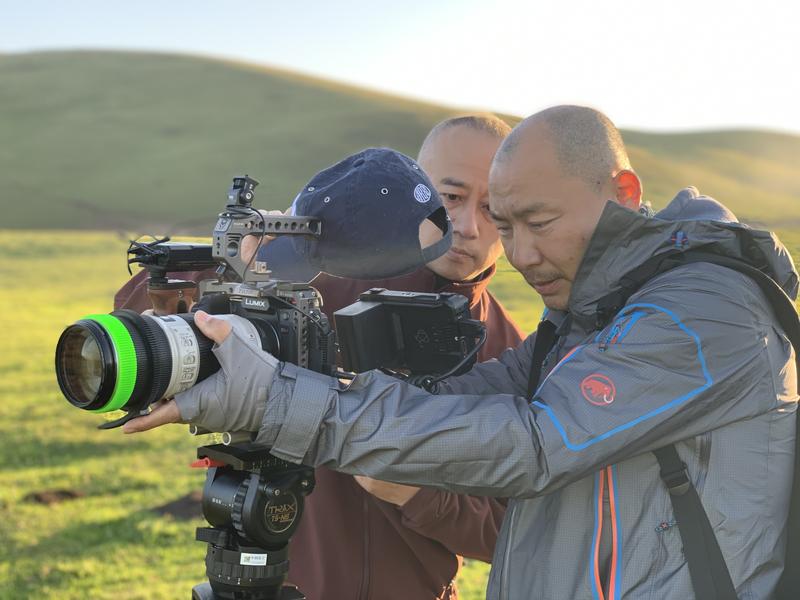 With the introduction of mechanization and development of farmers' cooperatives in the Xinjiang Uygur autonomous region, agricultural production capacity in the region's Bachu county has increased.

Rozi Abdujilil, a cotton farmer from Bachu, is grateful that the country's policies to vitalize the countryside has led to an increase in his income.

"Every year, I put my heart into planting. When the cotton gets this white, my life gets this much better," says an emotional Abdujilil in the documentary Beyond the Mountains: The Life in Xinjiang. 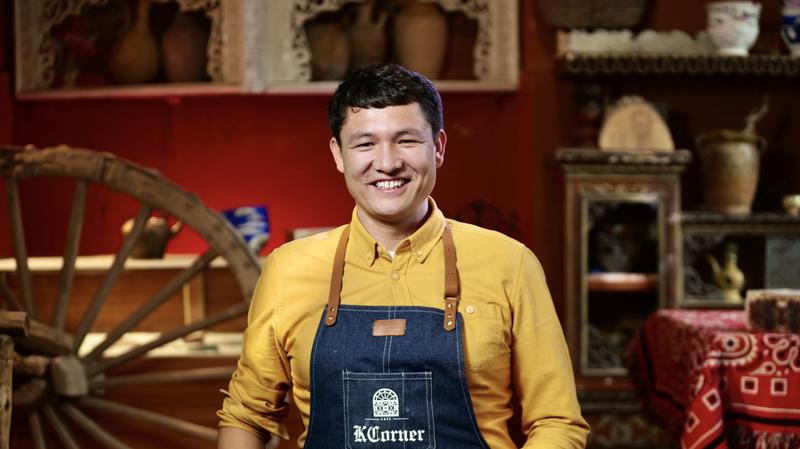 Produced by China Global Television Network, the 80-minute documentary started to run from April 16 and it profiles 24 people from the far western Xinjiang region.

The producers say the four-part documentary records change in Xinjiang through its people, exploring topics ranging from the generation gap to young people's pursuit of their dreams and human relationship with nature.

Director Han Bin has traveled to Xinjiang many times since 2015. Han, who was educated in London, says Beyond the Mountains was shot in Xinjiang in August last year and produced at the same time with his other documentary The War in the Shadows: Challenges of Fighting Terrorism. 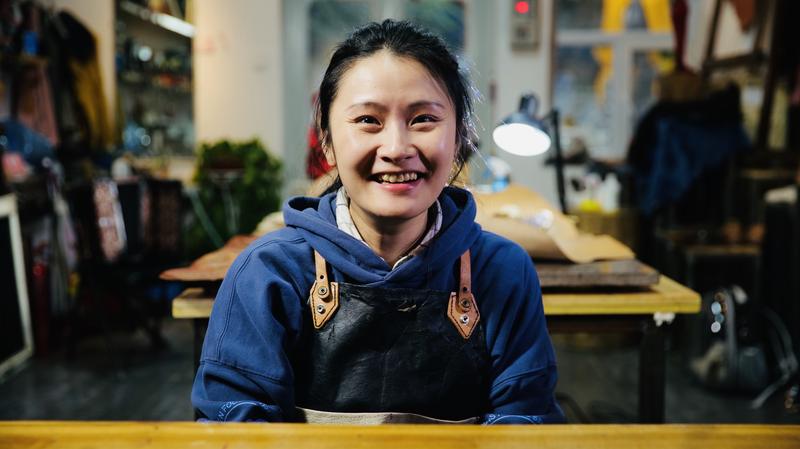 In a span of five months, the crew traveled across the vast region of Xinjiang to interview people from various ethnic groups, listening to their dreams and their pursuit of a better life.

The first people that appear in the documentary are an ethnic Kazak herder and his grandson from Zhaoshu county in Ili Kazak autonomous prefecture. Like most of his nomadic ancestors, Sabyt Abukhadir follows the centuries-long tradition of living a life in the meadows with his love for healthy cattle, clean water and lush grassland.

But family tension soon ensued when his grandson, Erjanat Nurkidir, insisted on leaving his hometown to study dance at Ili Normal University. Abukhadir believed it was "useless" to study dance. By displaying his talent onstage, Nurkidir changed his grandfather's mind and obtained Abukhadir's blessings to study dance. 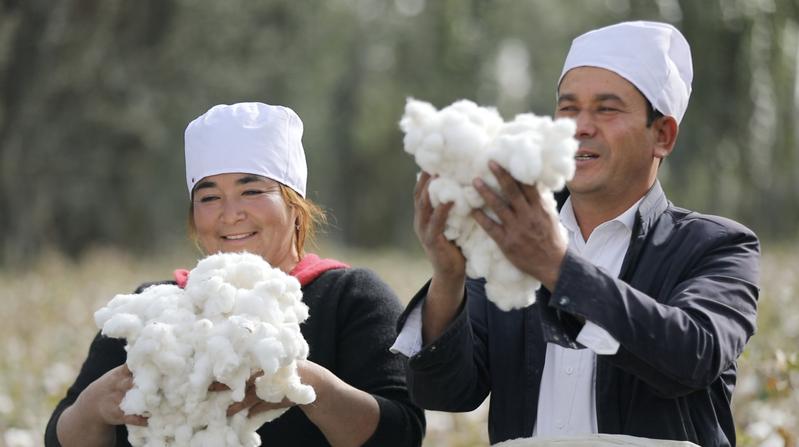 Xinjiang's rich cultural variety is like a treasure trove for many artists. The documentary features how Meng Lulu, a leather engraver in Urumqi, and Memet Metqasim, a musician from Hotan, did a deep dive into the local cultures to seek inspiration for their works.

With China achieving victory to eradicate extreme poverty last year, the change in the lives of the villagers is also highlighted in the documentary. A father of three children tells the documentary crew how he left his hometown in rural Xinjiang to work in a factory in Dalian, Liaoning province. A female farmer, who leaves her village in southern Xinjiang to work in a factory in northern Xinjiang, says her monthly salary of 5,000 yuan (US$773) allows her to save up for her sick mother's medical expenses. 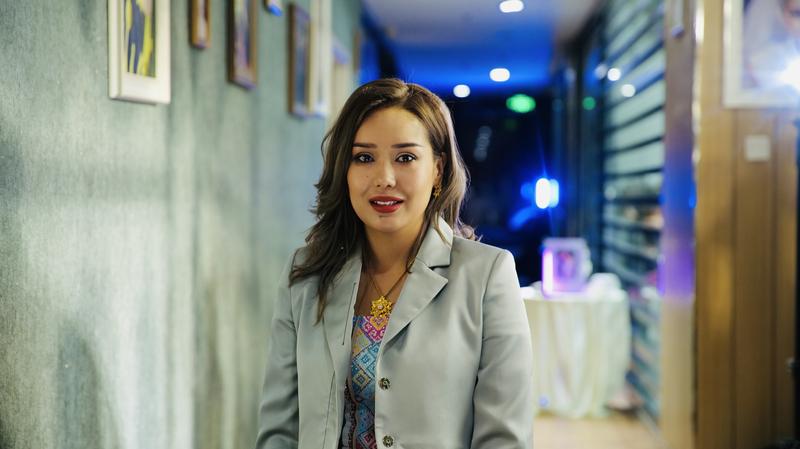 The inspiring story of bridal shop owner Samira Arkin exemplifies the courage of young Xinjiang people to break through stereotypes and prejudice.

Returning to get married in her hometown in the historical city of Kashgar in 2010, Arkin found that most local women had to wear conservative dresses and were not allowed to leave their home freely while the city was shrouded in the shadow of religious extremism. Her relatives were against her wearing a white wedding gown, and even her decision to open a bridal shop four years later in 2014 was met with family opposition.

With a loan from the All-China Women's Federation, she managed to go into the bridal business and says that she is now able to help local women in changing their mind about dressing up. 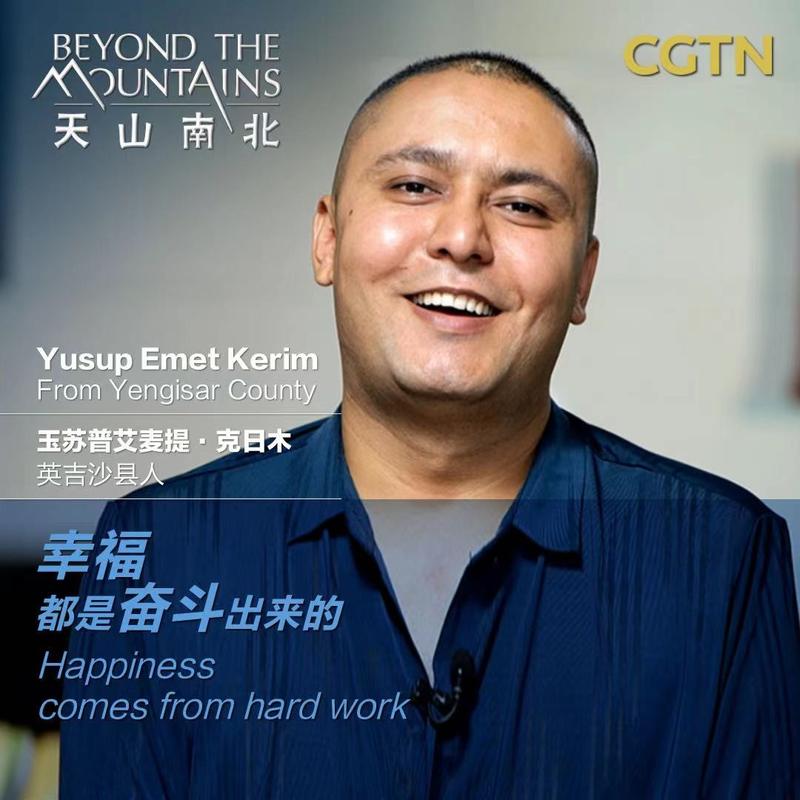 Screenshots feature people talking about their dreams and pursuit of a better life in the documentary. (PHOTO PROVIDED TO CHINA DAILY)

Mardan Ablimit, a coffee shop owner who grew up along the bank of the Tuman River, is another young talent in Kashgar who is open to try new things in the old city with a history of over 2,000 years. Ablimit earned business success by adding local spices into coffee, and has been encouraging more locals to launch their own businesses.

"As Xinjiang continues to open up, people from around the world will have more access. The world will see a more balanced and truer picture," Han says.

The documentary has also gotten attention from some scholars and critics, mostly deeming it as a true reflection of the living conditions of Xinjiang locals.

Zheng Liang, a scholar who was born in Xinjiang, says the documentary reveals the normal and ordinary lives of Xinjiang locals after religious extremism and separatism had been effectively curbed in the region since 2016. 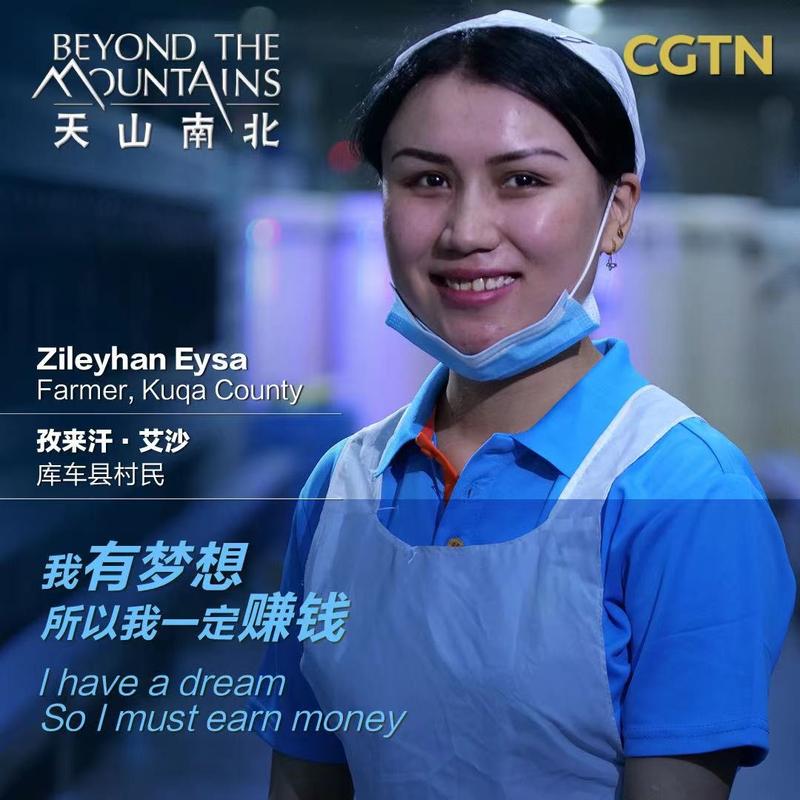 Screenshots feature people talking about their dreams and pursuit of a better life in the documentary. (PHOTO PROVIDED TO CHINA DAILY)

"Everything is now back to normal. Like people in other regions in China, locals in Xinjiang are now pursuing a good life with all their effort," says Zheng, who is also a researcher in communication and national governance with Jinan University.

Xu Jianying, a researcher with the Institute of Chinese Borderland Studies under the Chinese Academy of Social Sciences, agrees that religious extremism and separatism had once blinded some people, preventing them from following their own ideas or pursuing their life goals.

"Xinjiang is a region full of energy and vitality," says Xu, adding that many young people are now benefiting from the internet era and modernization with internet business developing rapidly in the region.