By Li Hongyang and Yang Jun

Villages are prospering and living standards are rising as matches draw visitors to the countryside. Li Hongyang reports from Beijing with Yang Jun in Guiyang. 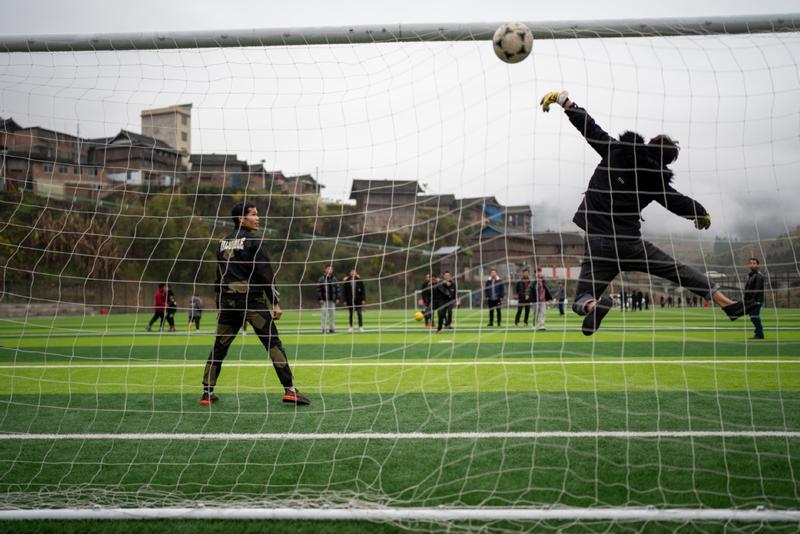 People from Yangwei and nearby villages in Liping county, Guizhou province, often play soccer on the pitch after it was opened in January. (ZHAO YUEYANG / FOR CHINA DAILY)

In a WeChat group containing more than 400 villagers, people who are free from farm work and chores always enjoy receiving this proposal.

In response, they join games played on a new artificial pitch in Yangwei, a village in Liping county, Guizhou province.

In October, the village completed laying the pitch, which cost 3 million yuan (US$460,000). The funds were provided by the central and local governments, and the pitch was put into use at the beginning of the year.

Now, villagers－male and female, old and young－have a bigger and dedicated place to play sports, sing, sunbathe and hold festivals.

"Before, people tended to fill their time by eating and drinking wine together, but now they exercise. We see lots of energetic villagers instead of tipsy ones," said Yang Bin, a 40-year-old resident.

People from neighboring villages also benefit, and they often take part in friendly matches or join in with the Dong Grand Chorus.

The art form－a traditional multivoiced type of music made by people from the Dong ethnic group－was included in UNESCO's list of intangible cultural heritage in 2009. Dong people who live in Yangwei often perform the songs at local festivals.

"Hundreds or even thousands of spectators come to the pitch for the games or the festival chorus. That enhances the friendship and feeling of unity between our close neighbors and us," Yang said.

He earns about 50,000 yuan a year in Shanghai, driving a truck for a factory, but during the harvest season he returns to his hometown to help with farm work.

As a result, the Yangwei authorities removed 467 people from a list of impoverished residents. They were the last members of the population of 2,265 to be officially declared free from poverty in the village. 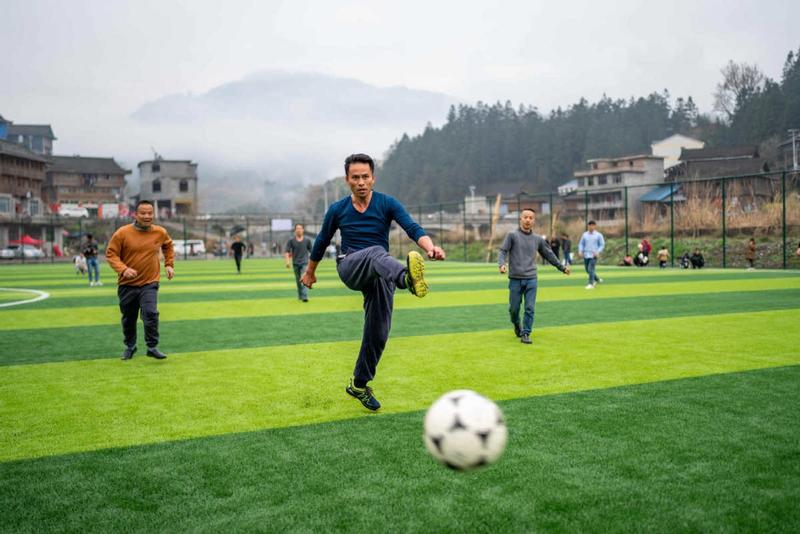 The soccer pitch has helped the villagers lead healthier lives as their incomes and standard of living have improved.

In February, Yang and some fellow residents organized a mixed-sex soccer competition between married and single people, including his 20-year-old daughter who studies at a college in Duyun city, Guizhou.

"My team, the married one, won, but it doesn't matter who wins so long as everyone has fun," Yang said.

"After learning to play soccer, the villagers have become more cooperative and more willing to do things for the public well-being, including cleaning the streets."

Despite the game's growing popularity, when the plan to lay the soccer pitch was first mooted, a few of the villagers disagreed because they thought the facility would bring no benefits and would occupy much-needed farmland. "Few villagers knew anything about soccer or the rules. Some didn't even know what soccer was, so they saw it as a useless activity," Yang said.

In May last year, the village committee held a meeting to discuss where to lay the pitch. Finally, the 8,250-square-meter pitch was laid mainly on barren land, but also on some farmland.

Wu Min, the village head, said it was decided that residents who volunteered land would be allowed to use fields owned by the entire village as recompense.

Village cadres promised that residents would be able to use the pitch free of charge and said it would add impetus to moves to develop tourism and rural entertainment venues. They also took the lead in guiding and organizing locals in maintenance work. 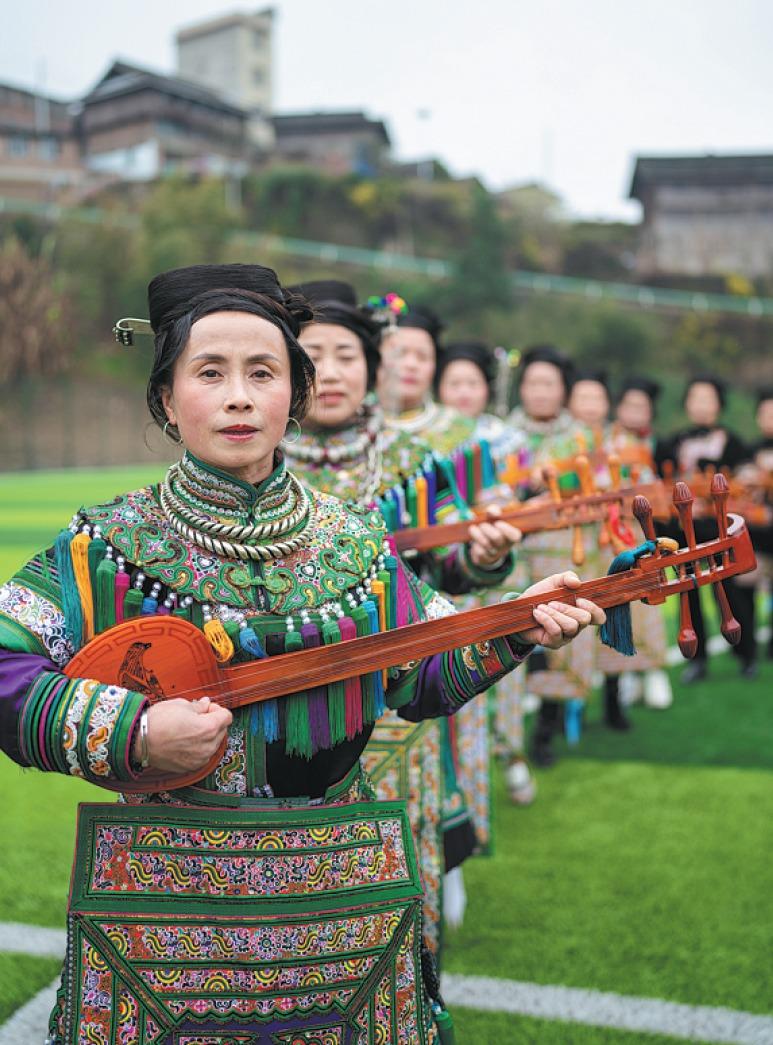 Villagers from the Dong ethnic group sing and play instruments on the soccer field in February. (ZHAO YUEYANG / FOR CHINA DAILY)

Establishing soccer pitches is part of a national plan to improve public health by boosting participation in sports.

In July 2019, the National Development and Reform Commission and the General Administration of Sports issued a guideline that aimed to promote the development of soccer and other sports, along with related businesses.

The NDRC selected a number of demonstration cities and counties nationwide and arranged funds from the central budget to subsidize the laying of a number of soccer pitches. Venues were built in the provinces of Hebei, Guangdong, Sichuan, Fujian and Guizhou.

Meng Wei, a commission spokesperson, told a 2019 press conference that the number of soccer facilities in China was inadequate, while distribution was poor and the utilization rate was low.

"The move will meet the rising demand for better physical fitness among the populace and encourage greater participation in soccer games," she said.

Wu, the Yangwei village head, is now in discussions with the Guizhou Evening News to found a soccer club and provide one-on-one guidance for children who love the game.

He added that the village committee is planning to train hundreds of children from both rural and urban areas.

"The rural scenery and traditional culture will help attract young fans to our field for training," he said.

Yangwei is also building a reception center for non-residents who visit to play soccer, while a museum is being planned to display old photos and artifacts, such as traditional tools and clothes.

"The soccer pitch is providing the opportunity to develop sports tourism and is a good way to renew rural areas," Wu said.

Wang Jin contributed to this story.