By Liu Kun in Wuhan and Zhao Xinying 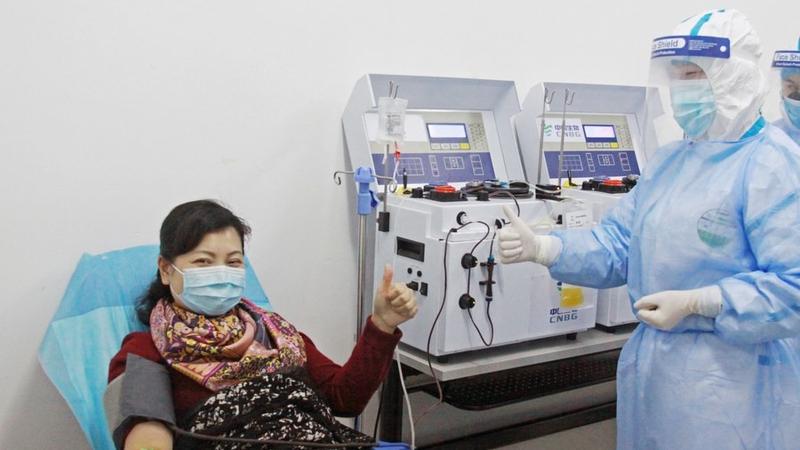 A provincial-level pandemic treatment center is being built at a hospital in Wuhan, the Chinese city hardest hit by COVID-19, and is scheduled to be completed by the end of next year, the president of the hospital said.

The center, on the Hongshan campus of Renmin Hospital of Wuhan University－also known as Hubei General Hospital－is a key project by Hubei province to strengthen its public health system, said Wang Gaohua, president of the hospital.

"After the construction is completed, the Hongshan campus will shoulder the responsibility of quickly responding to disease outbreaks by having medical supplies and saving critically ill patients," he said.

According to a plan announced by the provincial government in August, Hubei will focus on 10 key areas and spend three years to construct a series of major projects to overcome weaknesses and benefit people.

After the construction is completed, the Hongshan campus will shoulder the responsibility of quickly responding to disease outbreaks by having medical supplies and saving critically ill patients.

Among the areas, public health was listed as the top priority. The plan said the province would set up six regional disease treatment centers in the cities of Wuhan, Xiangyang, Yichang and Huanggang. The center at the university's Hongshan campus will be one of them.

Designed to ensure quick control of any contagion and timely treatment of infectious diseases, both on a day-to-day basis and during outbreaks, the centers will be responsible for reacting quickly to outbreaks so that treatment is more successful and death rates lowered, the plan said.

The center at the Hongshan campus of Renmin Hospital of Wuhan University will be the first to be built in Wuhan, the provincial capital.

ALSO READ: Facilities in Wuhan get visit from WHO team

With 1,000 beds and several outpatient and inpatient buildings, the Hongshan campus is designed to not only meet daily demands such as medical treatment, teaching, scientific research and healthcare, but also to meet demands during disease outbreaks, Wang said.

In normal times, the campus can offer diagnosis and treatment to residents living nearby. When diseases break out, it can be transformed into a comprehensive treatment center with emergency rooms, negative pressure operating rooms, intensive care units, wards, testing and experiment rooms, as well as a command center for disease control and prevention and logistics facilities, he added.

Huang Dangyu, a project manager at the Hongshan campus, said the construction of the project has borrowed from some experiences in building the Huoshenshan and Leishenshan hospitals, which were built very quickly in order to hospitalize and save COVID-19 patients in a timely manner.

All the ventilation, air conditioning, power supply and sewage disposal systems are designed and constructed to meet requirements during disease outbreaks. Also, the wards are designed to be operated under a negative pressure system to prevent the spread of infections, although the system will not be turned on in normal times, he said.