Facilities in Wuhan get visit from WHO team 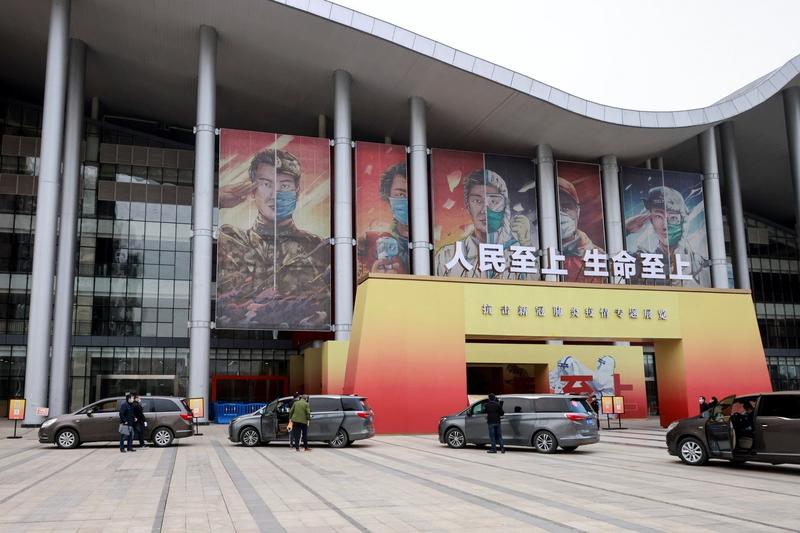 An international expert team from the World Health Organization visit an exhibition on how China fought the coronavirus in Wuhan, Central China's Hubei province, on Jan 30, 2021. (PHOTO / XINHUA)

An international expert team from the World Health Organization has visited a number of key facilities in Wuhan, Hubei province, in recent days, including food markets, disease control centers and a research institution, as their scientific research into the origin of the novel coronavirus makes progress, the National Health Commission said on Thursday.

The WHO team has talked with relevant administrative personnel, experts, business owners, residents and media representatives there.

"The WHO team has talked with relevant administrative personnel, experts, business owners, residents and media representatives there," he said during a news conference.

Mi added that team members have also had talks with experts from the Wuhan Blood Center and Huazhong Agricultural University.

The visiting team arrived in Wuhan on Jan 14 and began field visits on Jan 28 after completing the mandatory 14-day quarantine required for inbound travelers.

Previously, the team had visited two local hospitals - Hubei Provincial Hospital of Integrated Chinese and Western Medicine and Wuhan Jinyintan Hospital - where some of the earliest COVID-19 patients were treated.

Peter Daszak, a British zoologist and a team member, said on social media on Wednesday that the team had an "extremely important meeting" with researchers at the Wuhan Institute of Virology, including the leading scientist Shi Zhengli, who had firmly dismissed conspiracy theories that the virus was leaked from the institute in Wuhan.

In a video interview with British television news channel Sky News, Daszak said that China's openness and willingness to cooperate with the international expert team is being felt every day.

"They are sharing data with us that we've never seen before, that no one has seen before. They are talking with us openly about every possible pathway," he said, adding that any scientific inquires concerning people's lives are sensitive worldwide and appropriate constraints are necessary.

He stressed that on-site visits in Wuhan had enabled team members to directly pose significant questions.

"We do not just wander around and take a few pictures. We look into things and ask questions. We talked to people who collected the samples from the market that tested positive," he said.

In China, the virus has been largely brought under control despite a number of outbreaks in recent weeks.

As of Wednesday, the country had administered over 31.23 million doses of COVID-19 vaccines to people deemed at higher risk of catching the virus, including public service employees, and coldchain and port workers, according to commission spokesman Mi.