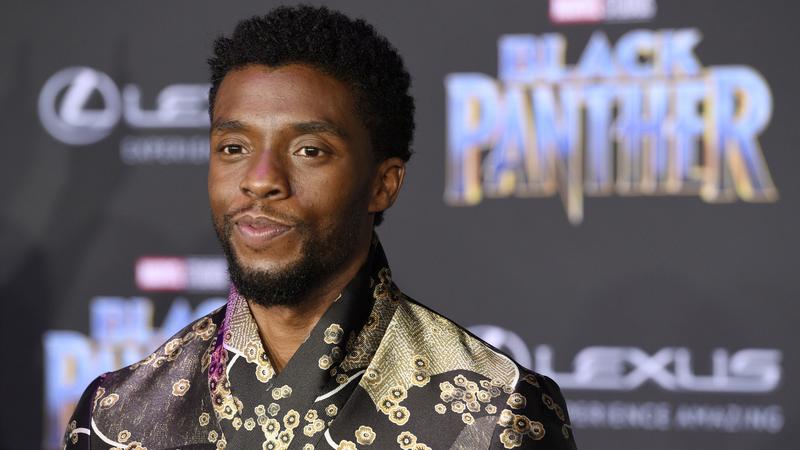 In this Jan 29, 2018 file photo, Chadwick Boseman, a cast member in "Black Panther," poses at the premiere of the film in Los Angeles. Actor Chadwick Boseman, who played Black icons Jackie Robinson and James Brown before finding fame as the regal Black Panther in the Marvel cinematic universe, has died of cancer. His representative says Boseman died Aug 28, 2020 in Los Angeles after a four-year battle with colon cancer. He was 43. (PHOTO BY CHRIS PIZZELLO / INVISION / AP)

Boosting public awareness of and compliance with regular colorectal cancer screening will play a vital role in increasing the disease's overall survival rates in China, oncology experts have said.

It is estimated that 83 percent of colorectal cancer patients in China were first diagnosed at advanced or late stages, leading to significantly lower survival rates compared with developed countries, said Wang Guiqi, head of the endoscope department at the Chinese Academy of Medical Sciences' Cancer Hospital.

Diagnoses of cancer are generally categorized into four stages, with Stage 1 being the mildest. For colorectal cancer, the five-year survival rate for patients diagnosed at Stage 1 stands at nearly 92 percent, but the rate plummets to less than 11 percent with a Stage 4 diagnosis, Wang said.

"The process for colon cancer to advance from the earliest symptoms to late-stage tumor takes from five to 10 years, leaving plenty of opportunities to detect early signs and make interventions to curb the disease," he said.

The process for colon cancer to advance from the earliest symptoms to late-stage tumor takes from five to 10 years, leaving plenty of opportunities to detect early signs and make interventions to curb the disease.

Wang Guiqi, head of the endoscope department at the Chinese Academy of Medical Sciences' Cancer Hospital

"That's why we believe it is particularly recommended and worthwhile to promote early screening for colorectal cancer."

He was speaking at an event last week celebrating cancer prevention and treatment awareness week, which runs from April 15 to 21 each year.

Chen said the United States began stepping up colonoscopy coverage among adults aged above 50 in the 1980s, with the participation rate rising from 21 percent in 2000 to 60 percent in 2015.

"As a result, the incidence rate and mortality rate for colorectal cancer in the US have both registered marked decreases," he said.

But in China, poor patient compliance and lack of awareness of early cancer screening have long been an impediment, experts said.

Wang Xishan, chairman of the China Anti-Cancer Association's colorectal cancer committee, said the compliance rate of colonoscopy in China stands at less than 30 percent among people who are identified as at high risk of developing the disease, and the rate for the general population is even lower.

In the US, the overall compliance rate is about 60 percent, he added.

"In the past, we have taken a number of measures aimed at persuading people to enroll in screening, such as handing out freebies and going door-to-door, but the willingness remains unsatisfactory," he said.

Experts have called for stronger, concerted efforts to spread knowledge on the significance of early cancer screening.

Wang Guiqi said China has established a risk-stratified screening strategy for colorectal cancer, which is expected to boost the efficiency of the drive.

"We use at-home questionnaires for initial screening, and stool-based tests and endoscopes for more precise testing and diagnosis," he said.

According to a report released in December on Chinese residents' nutrition and chronic diseases, the five-year cancer survival rate in China has risen by about 10 percentage points in the past decade to 40.5 percent, but it still lags that in some major economies.