IMF chief: 'A shot in the arm' fastest way for global recovery 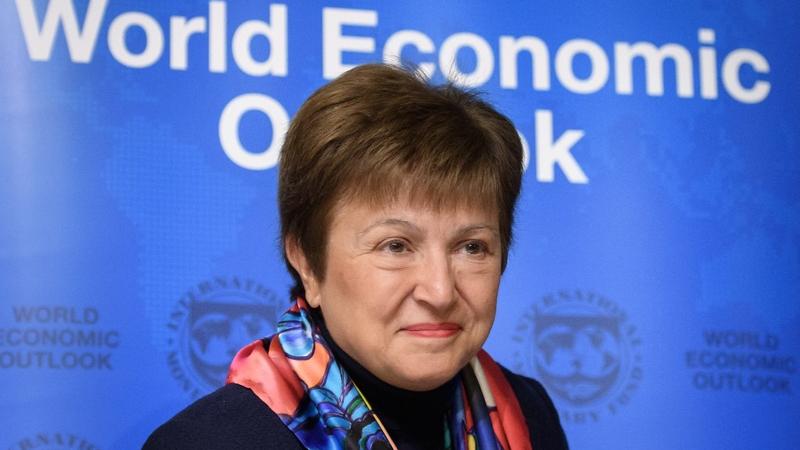 WASHINGTON - As the global economy is arduously climbing out of the pandemic-induced recession, International Monetary Fund (IMF) Managing Director Kristalina Georgieva has called for accelerated vaccinations because "a shot in the arm" is the fastest way for the world economy to recover.

Warning against a "dangerous divergence" that threatens to leave developing and low-income countries behind in the process, the IMF chief has also advocated a green, inclusive and fairer recovery.

While the global economic outlook has brightened due to massive policy support and vaccine rollouts, recoveries are diverging dangerously across and within countries

Meanwhile, China, one of the engines of the global economy, can play "an important role" in the post-pandemic recovery by boosting growth, revitalizing trade, supporting developing countries, as well as tackling climate change, she said.

While the global economic outlook has brightened due to massive policy support and vaccine rollouts, recoveries are diverging dangerously across and within countries.

"It is so very important to lift up the world economy by paying attention to this dangerous divergence. And this is why we are calling for collaboration of countries and a comprehensive support to those falling behind," Georgieva said.

The number one priority for policymakers today is to "accelerate vaccinations everywhere for everyone," said the IMF chief.

"A shot in the arm is the fastest way for the world economy to recover. And it is bringing tremendous value for all countries," she said, adding accelerated vaccinations will increase global output by US$9 trillion between now and 2025.

Georgieva also urged the international community to provide more grants, concessional financing, debt restructuring, or even debt relief to those countries with vulnerabilities and high level of debts.

"The crisis has shown us how interdependent we are, and it has stressed for all of us the value of working together," she said.

In Georgieva's view, the COVID-19 pandemic and climate change share something in common. Both crises would cause human tragedies and economic catastrophes, but a coordinated green public investment push can help address both.

While climate change is a growing risk to macroeconomic and financial stability, addressing the risk offers an opportunity for "creating green jobs and boosting growth," Georgieva said.

In Georgieva's view, the COVID-19 pandemic and climate change share something in common

"This is why it is so important that at the time when we strive to come out of the most severe recession since the Second World War, we want to take advantage of investing in transformation that would protect us against shocks in the future," she said.

Georgieva noted that the IMF is offering support for capacity development to central banks and finance ministries as countries speed up integration of climate actions in their economies.

"It is paramount for us to support the members as they take on this transition and more specifically to support them in our policy engagements with assessment of climate-related financial stability risks and how they can be prevented with incorporation of climate data in macroeconomic data," she said.

In the latest World Economic Outlook released last week, the IMF projected that the global economy will grow by 6 percent in 2021.

A debt-financed green investment plan combined with carbon pricing could boost global economic growth for many years, creating around 12 million net new jobs through 2027, according to an IMF study.

China emerged from the epidemic-induced slump in 2020 with a 2.3-percent GDP growth, making it the world's only major economy to attain positive growth last year. Last week, the IMF projected that China's economy will grow by 8.4 percent this year, 0.3 percentage point above the January forecast.

China's economy, Georgieva said, is "recovering strongly," which has "positive spillover effects for the rest of the world" through the channels of trade and China's demand for raw materials, consumer and manufacturing goods

China's economy, Georgieva said, is "recovering strongly," which has "positive spillover effects for the rest of the world" through the channels of trade and China's demand for raw materials, consumer and manufacturing goods.

But China's growth is still more fueled by public investments and there is space for growth to be "more balanced towards private consumption," Georgieva added.

"What we would expect to see is that policymakers in China step up incentives to boost consumer demand, especially by improving and expanding social safety net, something that China recognizes is important," she said.

In addition to boosting global growth, China also plays an important role in revitalizing trade as an engine for growth, supporting developing countries that are falling behind in the recovery and facilitating the transition to the new climate economy, Georgieva said.

China's commitment to achieving carbon neutrality is "part of a very important mobilization of the global community to prevent the world from the catastrophic impact of climate change," she said.

Georgieva said "it is a remarkable demonstration of multilateralism" that the IMF membership has agreed to support a new Special Drawing Rights (SDR) allocation of 650 billion dollars, the largest in the history of the IMF.

"In comparison, in the midst of the global financial crisis, the membership allocated 250 billion dollars to help countries deal with the consequences of this crisis," she said.

"Given that we all are under pressure to act for the exit from the crisis, I am confident that sometime in summer, by mid-August, the new allocation will be distributed to our membership," she said.

Georgieva said the upcoming SDR allocation is "significant" as it provides much-needed reserves boost to emerging markets and developing countries, especially low-income countries, whose reserves have been severely depleted in response to the pandemic.

Meanwhile, "it sends a powerful signal that we are in this together and building confidence for the exit from the crisis," she said.

By strengthening their reserves, countries are in a better position to allocate fiscal space to fight the pandemic, vaccinate their people, and support vulnerable parts of the population, according to Georgieva.

Created by the IMF in 1969, the SDR is an international reserve asset to supplement members' official reserves. It can be exchanged among governments for freely usable currencies in times of need.