Australia among fastest to return to pre-pandemic employment 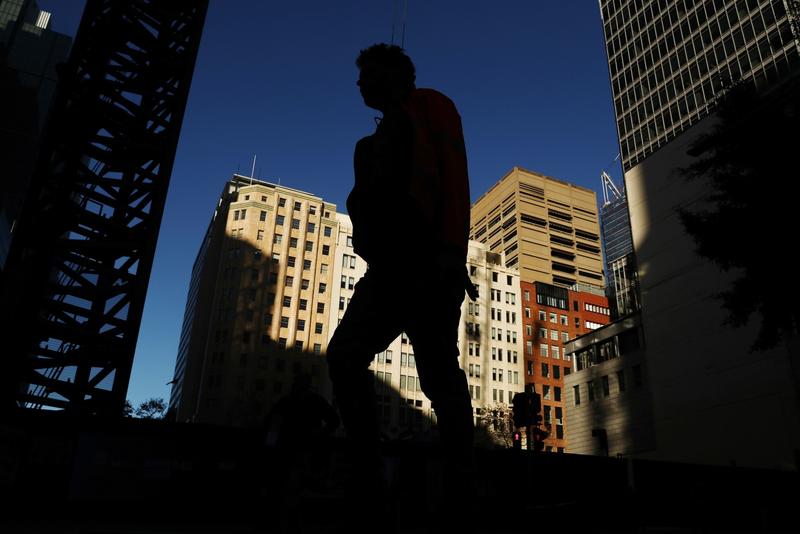 In this June 3, 2020 photo, a pedestrian walks through Martin Place in Sydney, Australia. (PHOTO / BLOOMBERG)

Australia is one of the first nations to regain all jobs lost through the pandemic, reflecting a successful early suppression of COVID-19 and a massive fiscal-monetary shot that’s sent the economy roaring back.

Australia’s central bank in February forecast the jobless rate would fall to around 6 percent by the end of this year and 5.5 percent at the end of 2022, a level its already closing in on

Employment and hours worked in March were higher than in the same month of 2020, government data showed in Sydney Thursday. Unemployment in Australia fell to 5.6 percent last month - exceeding economists’ estimates - despite the participation rate climbing to a record high 66.3 percent.

The result highlights the profound connection between the health of a nation and its economy as Australia has limited community transmissions of COVID-19 to isolated flare ups. It also suggests the US and UK, where vaccination programs are in full swing, are set to see a roaring recovery.

“It’s is probably time to stop using the word ‘recovery’ when referring to the state of the Australian economy,” said Gareth Aird of Commonwealth Bank of Australia. “The domestic economy is now simply in expansion mode. There is still an output gap, but we expect the level of GDP in Q1 21 to be above its pre‑COVID-19 high given the big lift in employment and hours worked.”

Like Australia, South Korea is back at March 2020 employment levels; however, its labor market was already deteriorating prior to that so the comparison isn’t strictly equal. New Zealand has likely returned to pre-COVID- 19 employment, but quarterly jobs reports mean the latest data are from the final three months of 2020. 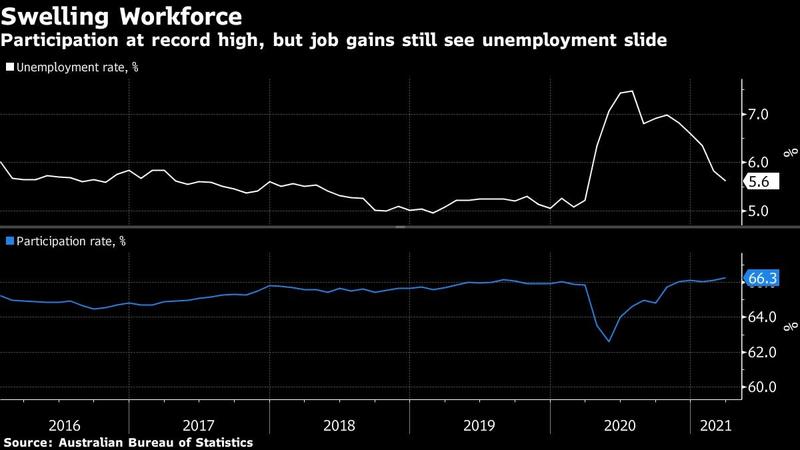 Sentiment Down Under is surging as cashed-up households are encouraged to spend and firms consider investing. That’s prompted increased hiring and Australians to resume job-hunting, swelling the labor force and further strengthening the economic outlook.

The Reserve Bank of Australia in February doubled its quantitative easing program to A$200 billion (US$155 billion) and reiterated that it doesn’t expect to increase interest rates until 2024 at the earliest. Governor Philip Lowe, in a speech last month, said the economy could probably manage unemployment in the low 4s, or potentially even the 3s, before stoking inflation.

Western Australia, which shut its borders from the rest of the country for an extended period during 2020, recorded an unemployment rate of just 4.8 percent - the lowest in Australia. This was despite the participation rate surging to 68.4 percent, more than 2 percentage points above the national level.

The March 28 expiry of the government’s wage-subsidy JobKeeper program, designed to keep workers attached to their employers, could disrupt the labor market’s stellar run. Treasury estimated the program’s conclusion could see up to 150,000 jobs lost.

The ABS said today that the labor force data was collected during the first half of March, prior to the end of JobKeeper. 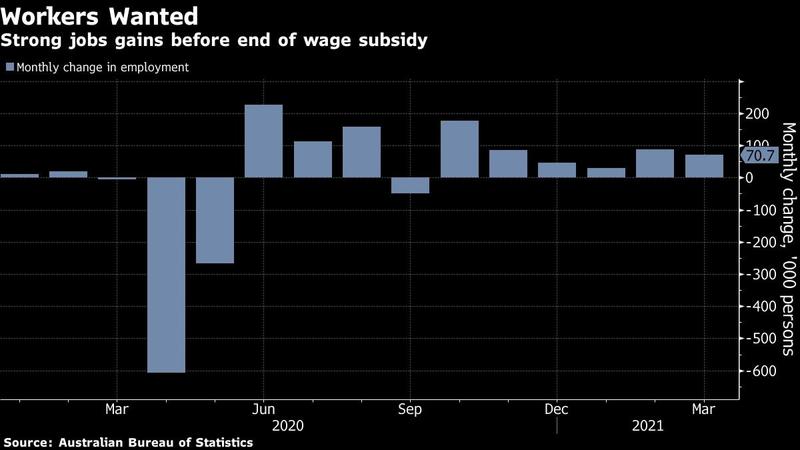 Meantime, sentiment reports this week showed an index of business conditions soared to a record high - with hiring intentions strong - and consumer confidence jumped to the highest since 2010. That suggests little concern from households and companies about JobKeeper’s end.

Sally Sinclair, head of National Employment Services Association that helps the jobless into work, worries that the end of the wage subsidy will compound existing problems.

“Underemployed workers often live pay check to pay check and frequently have little, if any, reserves,” she said in an interview with Bloomberg News this week. “These workers, many from hard-hit sectors such as tourism, retail and hospitality were among the 361,000 Australians who rushed to access their superannuation during COVID-19.”

The RBA, late last year, cut the key interest rate and three-year yield target to 0.10 percent to lower borrowing costs across the economy. It also initiated QE to keep a lid on the currency, which has soared nearly 35 pecent from its March 2020 nadir.

The government also announced tax cuts, incentives for firms to invest and hire and infrastructure projects to boost activity.