Lucky no more? Australia's economy on long road to recovery 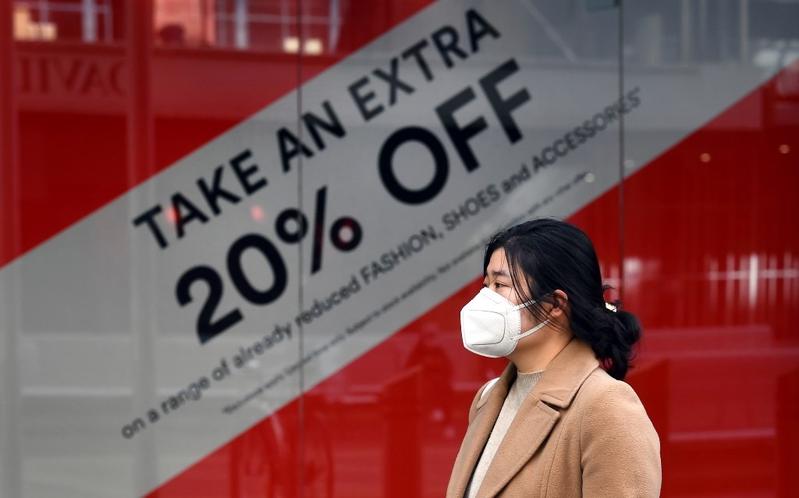 A woman walks past a sale sign in a department store in Melbourne's central business district on June 3, 2020. (WILLIAM WEST / AFP)

SYDNEY - Coronavirus has done to Australia what even the global financial crisis couldn't: abruptly end a record growth run and help trigger a deep recession from which the country will take time to recover.

While Australia has had great success so far in heading off the pandemic, with just over 100 deaths, the cure of shutting out the rest of the world means massive hits to three key growth drivers - tourism, education and immigration.

Fiona Gulin was 18 when the last recession hit Australia in the early 1990s. Back then, she managed to keep a part-time job at a music publication, before moving on to full-time work and a lucrative career in the entertainment industry.

This time, she hasn't been so lucky.

"I have been hit hard in this recession," said Gulin, who was laid off in April as the marketing director of the ANZ Stadium in Sydney, prompting her to ditch her rented house in the city and move back to her home in Melbourne.

Australia is known as the lucky country but I am not very lucky at the moment. I have been talking to a few people about some (employment) opportunities but nothing has come up yet.

Fiona Gulin, A former marketing director who was just laid off

Gulin is among the hundreds of thousands who have lost their livelihoods overnight to the COVID-19 pandemic as Australia suffers its first recession in 30 years and its unemployment rate hits a 19-year high of 7.1 percent.

Even though Australia's economy was among the first to reopen after lockdowns worldwide and earlier than the government expected, it contracted 0.3 percent in the first quarter and a new wave of coronavirus cases could put a recovery at risk.

Women have been particularly hard hit.

"Australia is known as the lucky country but I am not very lucky at the moment," Gulin, who is receiving government welfare payments, told Reuters.

"I have been talking to a few people about some opportunities but nothing has come up yet."

During the unprecedented run of growth, Australia transformed into an open, services-driven economy.

The services sector accounts for almost two-thirds of Australia's A$2 trillion (US$1.4 trillion) annual economic output - but is now particularly vulnerable to the closure of national borders and social distancing measures to tame coronavirus.

"The tourism-dependent economies are the ones we worry about the most," said Citi's global chief economist, Catherine Mann.

Mann sees a V-shaped rebound for manufacturing generally but for the services or consumer discretionary sector, "it is absolutely an L-shaped recovery," she said, meaning it could take a while for growth to fully recover.

"What was lost in the early part of this year will never be recovered from the standpoint of revenues for a company." 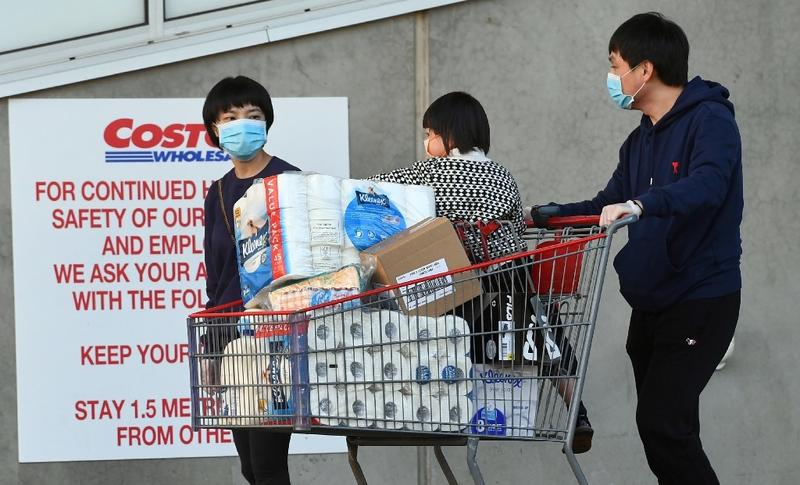 People leave a Costco outlet with a trolley full of toilet paper as fears of a second wave of COVID-19 sparked a rush on some supermarket items in Melbourne on June 24, 2020. (WILLIAM WEST / AFP)

Policymakers, too, are worried about the long road back to economic health.

The Reserve Bank of Australia has pledged to keep its benchmark cash rate at a record low 0.25 percent until there is progress in achieving its employment and inflation goals.

"We're going to have low interest rates for a long period of time," central bank Governor Philip Lowe said last week, adding that there would be "a shadow from the virus for quite a few years."

"People will be more risk averse, they won't want to borrow. In Australia, we're going to have lower population dynamics," Lowe said, referring to the idea that fewer foreigners entering the country would lead to lower consumer demand and a tighter labor market.

Puja Basnet, an international student from Nepal, is reconsidering her options in Australia after losing her part-time job as a waitress.

"I was at home for two months without work and I have almost run out of my savings. As a non-Australian I don't even have access to Centrelink," she said, referring to government welfare payments.

For Basnet, the future is even more challenging as more people are now jostling for each job.

An L-shaped recovery also means the unemployment rate will stay higher for longer.

"I am really worried about the future. I have been applying for 30-40 jobs a week but there has been zero responses."