BYD building all its EVs with 'safer' blade-shaped battery 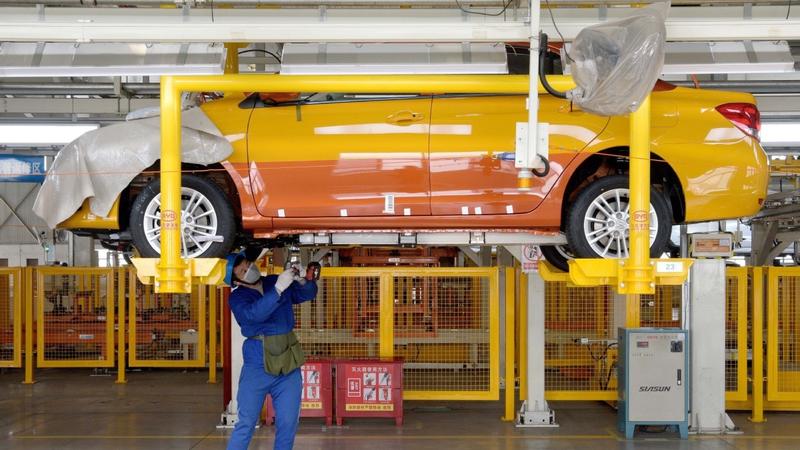 A BYD employee works on the assembly line of the company's new energy vehicle factory in Xi'an, Shaanxi province, on Feb 25. (PHOTO / XINHUA)

"The No 1 enemy to the better and faster development of the electric vehicle market is battery fire," said BYD Chairman Wang Chuanfu at a launch event last week in Southwest China's Chongqing.

Through March, the model had achieved a sales volume surpassing 10,000 units in four separate months: November and December of 2020 as well as January and March this year, with total sales reaching 68,010

As more people buy new energy vehicles, the risk of traffic safety accidents has increased accordingly. The safety of power batteries is of great importance, Wang said. "Safety should be the most 'luxury' feature of an electric vehicle."

BYD, with 26 years of research and development in battery making, launched its blade-shaped battery in March 2020. The battery has been recognized by the market thanks for its strong performance in safety and endurance.

BYD's Han EV is the automaker's first model to adopt the blade-shaped battery, and hit the market in July last year.

Through March, the model had achieved a sales volume surpassing 10,000 units in four separate months: November and December of 2020 as well as January and March this year, with total sales reaching 68,010. In March alone, BYD sold 10,323 units of the Han EV, soaring 105.3 percent from February.

"All of BYD's electric models have now started to adopt blade-shaped batteries," Wang said at the event last week, where the automaker launched four new electric cars－the 2021 Tang EV, the Qin Plus EV, the Song Plus EV and the 2021 e2.

Adhering to independent control of its core industrial equipment R&D and manufacturing, BYD independently developed and manufactured the blade-shaped battery, its production line and equipment along with other key components, the company said.

Meanwhile, the production capacity of the blade-shaped battery is rapidly climbing with reliable quality, BYD said. The batteries are expected to be used in NEV models of mainstream brands both at home and abroad.

Striking a balance between speed and range, the Qin Plus EV can accelerate from 0-50 km per hour in four seconds and drive up to 600 km on a single charge. With a power consumption for 100 km as low as 12.9 kilowatt-hours, the model can handle an average two-week commute once fully charged, according to BYD.