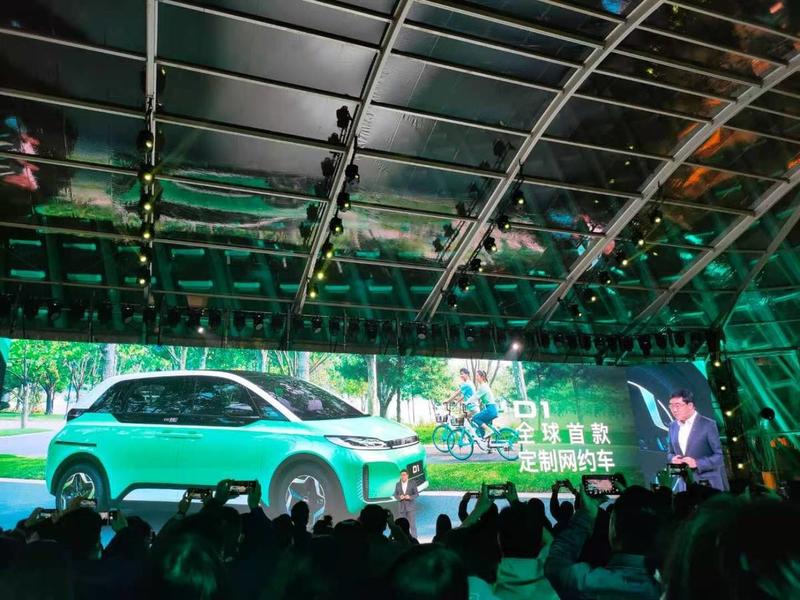 Didi Chuxing will begin rolling out an electric vehicle developed with BYD Co to its drivers in coming months, aiming to reduce costs throughout the world’s largest ride-hailing network.

Didi flagged as early as 2018 its intention to team up with car manufacturers to produce customized EVs for its ride-hailing service. The Chinese company that defeated Uber Technologies Inc in China is hoping the EVs present a more efficient option than traditional fuel-guzzlers

The D1, the first model to have been built with ride-hailing in mind, will ship to the startup’s leasing partners across several Chinese cities, according to Didi. Made by BYD, in which Warren Buffett’s Berkshire Hathaway Inc is the largest shareholder, the vehicle has power sliding doors and a driver-assistance system.

Didi flagged as early as 2018 its intention to team up with car manufacturers to produce customized EVs for its ride-hailing service. The Chinese company that defeated Uber Technologies Inc in China is hoping the EVs present a more efficient option than traditional fuel-guzzlers. It already hosts about a million electric vehicles, which can take advantage of a growing nationwide charging network, and operates as many as 60 million rides every day.

Didi’s expanded use of electric vehicles is also likely to be viewed favorably by the Chinese government. Beijing has made adoption of EVs a top national priority, in part to cut pollution, setting a vision for passenger EVs, electric buses and commercial EVs to represent 20 percent of new vehicle sales by 2025.

The company, valued at US$62 billion according to CB Insights, is still recovering from the coronavirus outbreak that has curtailed most transportation.

READ MORE: Didi on a roll abroad despite COVID-19 bump

And rival internet platforms like Meituan are now challenging Didi’s leadership in ride-hailing. To compete, Didi is expanding into adjacent businesses from bike sharing to grocery delivery to attract and keep users. Monthly active users across Didi’s platforms in China have surpassed 400 million, it said in November.

Longer term, it’s making a bet on autonomous driving - a hived-off unit that scored US$500 million in funding from SoftBank Group Corp’s Vision Fund. Its shares traded privately at a discount of as much as 40 percent to its peak valuation, Bloomberg reported this year. In addition, Uber’s performance proved disappointed after its initial public offering last year, damping investors’ interest in the ride-hailing business.