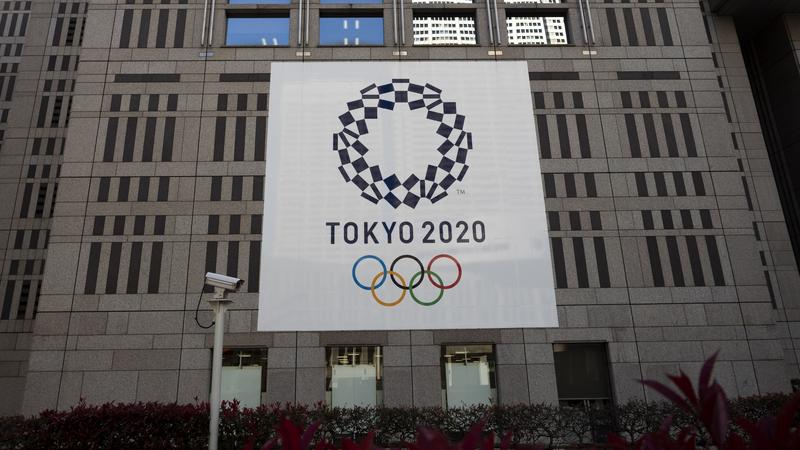 A banner promoting the Tokyo 2020 Olympics hands on the facade of the Tokyo Metropolitan Government building, March 25, 2020, in Tokyo. (JAE C. HONG / AP)

TOKYO -A 2020 Olympics diving qualifier and test event will go ahead in Tokyo in May but a marathon swimming qualifier scheduled for Fukuoka has been moved to Portugal, world body FINA said on Friday.

A decision was yet to be taken on artistic swimming qualifiers also scheduled for Japan.

FINA had said last week it was reviewing the status of the events, without specifying a reason, before then marking them as “cancelled” on its website calendar.

The BBC had reported FINA was concerned organizers of the Diving World Cup had not done enough to protect athletes from COVID-19.

FINA had said last week it was reviewing the status of the events, without specifying a reason, before then marking them as “cancelled” on its website calendar

The diving event was scheduled to begin on April 18 but FINA said in a statement it will now be held from May 1-6 following “a very fruitful consultation process” with the Japanese Swimming Federation, Games organizers, government and the International Olympic Committee.

“This decision follows confirmation of the detailed procedures for entry and local hosting arrangements in place for the event in Japan during the month of May for all delegations taking part in the event,” it added.

The artistic swimming qualification tournament, set for May 1-4, was still under review and a decision will be made “in the days to come”.

The marathon swim qualifier scheduled for the southern Japanese city of Fukuoka on May 29-30 will now be held in Setubal on June 19-20.

The Portuguese location was also used for an Olympic qualifier in 2012 and 2016.

The Tokyo Games, which were postponed by a year due to the pandemic, are set to run from July 23 to Aug. 8.