Iran says talks switch to lifting US sanctions in one step 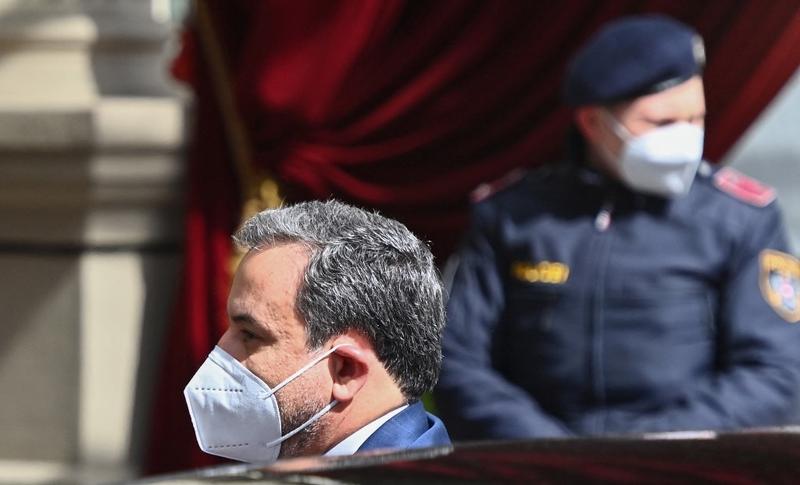 Abbas Araghchi, political deputy at the Ministry of Foreign Affairs of Iran, arrives at the Grand Hotel in Vienna on April 6, 2021, where diplomats of the EU, China, Russia and Iran will hold talks. (JOE KLAMAR / AFP)

Iran’s chief negotiator at nuclear talks in Vienna said the sides were focusing on removing US sanctions in a single step, in a statement of progress that didn’t specify what Tehran was offering in return.

“We are negotiating the removal of sanctions all at once, specifying which sanctions and how, their details. All of these have to be precisely clarified,” Abbas Araghchi, who’s leading Iran’s team of negotiators, said on Thursday.

The US has so far ruled out unilaterally removing sanctions in order to get Iran to return to enrichment parameters set by the 2015 agreement. The Islamic Republic says Washington must move first as it was the party that abrogated the deal.

In Washington, State Department spokesman Ned Price declined to respond directly to the Iranian claim but said the Biden administration’s position remains that the US will remove sanctions only after Iran returns to compliance with the nuclear deal.

He said the response “would include lifting sanctions that are inconsistent” with the nuclear accord but declined to say whether that would encompass removing sanctions tied to what the US considers Iran’s support of terrorism.

At the same time, Price said the discussions had made progress.

“These talks have been constructive,” he said. “Maximalist demands probably are not going to get us very far.”

After former President Donald Trump broke away from the landmark nuclear deal and imposed a tough sanctions regime on Iran’s economy in 2018, the Islamic Republic started to gradually increase its activity beyond the limits defined in the agreement.

Iran, the European Union, China, Russia and the US have gathered in the Austrian capital to try to end a crisis over the deal’s future, and are scheduled to reconvene on Friday. Iran and the US have said they will not have any direct discussions or contact during the negotiations.

“In our view, America has to take its actions in one step, then we’ll verify, and then Iran will follow with its own actions,” Araghchi said. “How verification will happen is another point of our discussion.”

This week, India expressed interest in resuming oil imports from Iran once sanctions are eased, with refiners starting to prepare for that possibility, according to a senior oil ministry representative.