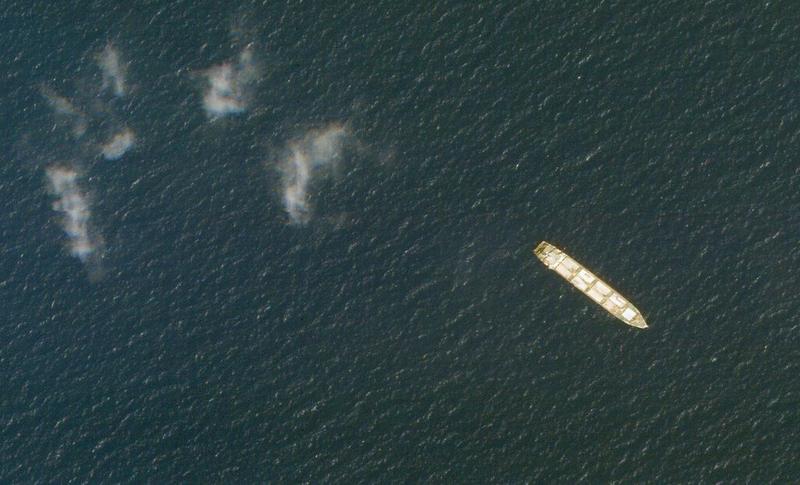 This Oct 1, 2020, satellite photo from Planet Labs Inc. shows the Iranian cargo ship MV Saviz in the Red Sea off the coast of Yemen. (PHOTO / PLANET LABS INC. VIA AP)

VIENNA/DUBAI - Iran’s foreign ministry said on Wednesday that an Iranian vessel, the Saviz, had been targeted in the Red Sea, a day after media reports said that the ship had been attacked with limpet mines.

The attack came on the same day that Tehran and world powers met in Vienna for nuclear talks.

“The explosion occurred on Tuesday morning near the Djibouti coast and caused minor damage with no casualties. The vessel was a civilian ship stationed there to secure the region against pirates,” Foreign Ministry spokesman Saeed Khatibzadeh said.

“The issue is under investigation”.

It is the latest in a series of reported attacks on Israeli- or Iranian-owned cargo ships since late February, for which the two sides have each accused the other of being responsible.

Speaking on condition of anonymity, US officials told Reuters the United States did not carry out such an attack.

The Saviz has been based in the area for several years, according to the semi-official Tasnim news agency, and often deploys Iranian commando boats that are used to escort commercial vessels. It was in the waterway on Tuesday when the limpet mines exploded, Tasnim reported, without saying where it got the information.

Israel notified the US that its forces had struck the Saviz at about 7:30 am local time, the New York Times reported, citing an unidentified American official.

The attack came as Iran and world powers held what they described as “constructive” talks and agreed to form working groups to discuss the sanctions Washington might lift and the nuclear curbs Tehran might observe as they try to revive the 2015 nuclear deal. 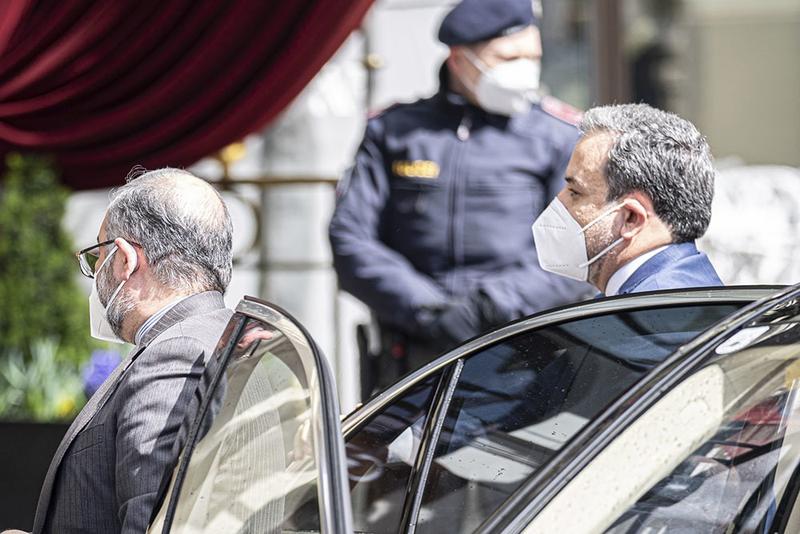 European intermediaries have started shuttling between Iranian and US officials in Vienna as they seek to bring both countries back into compliance with the accord, which lifted sanctions on Iran in return for curbs to its nuclear program.

Former US President Donald Trump withdrew from the deal in 2018, prompting Iran to steadily overstep the accord’s limits on its nuclear program designed to make it harder to develop an atomic bomb - an ambition Tehran denies.

"It is a welcome step, it is a constructive step, it is a potentially useful step," said Ned Price, spokesman for the US State Department, referring to the talks

Tuesday’s talks included a meeting of the remaining parties to the original deal: Iran, Britain, China, France, Germany and Russia in a group called the Joint Commission that is chaired by the European Union. The United States did not attend.

ALSO READ: China urges US to lift all illegal sanctions against Iran

While neither Washington nor Tehran say they expect any quick breakthroughs from the talks, both they and the EU described the early exchanges in positive terms.

“I will intensify separate contacts here in Vienna with all relevant parties, including US,” he added.

The two expert-level groups have been given the task of marrying lists of sanctions that the United States could lift with nuclear obligations Iran should meet, and reporting back on Friday, when the Joint Commission will meet again.

“The talks in Vienna were constructive ... our next meeting will be on Friday,” Iran’s chief nuclear negotiator Abbas Araqchi told Iranian state television.

“It is a welcome step, it is a constructive step, it is a potentially useful step,” State Department spokesman Ned Price told reporters in Washington even as he repeated the US expectation that the indirect talks would be “difficult.”

A resolution of the nuclear issue could help ease tensions in the Middle East, notably between Iran and Israel as well as with US Sunni Arab allies such as Saudi Arabia who fear the possibility of Shi’ite Iran obtaining nuclear weapons.