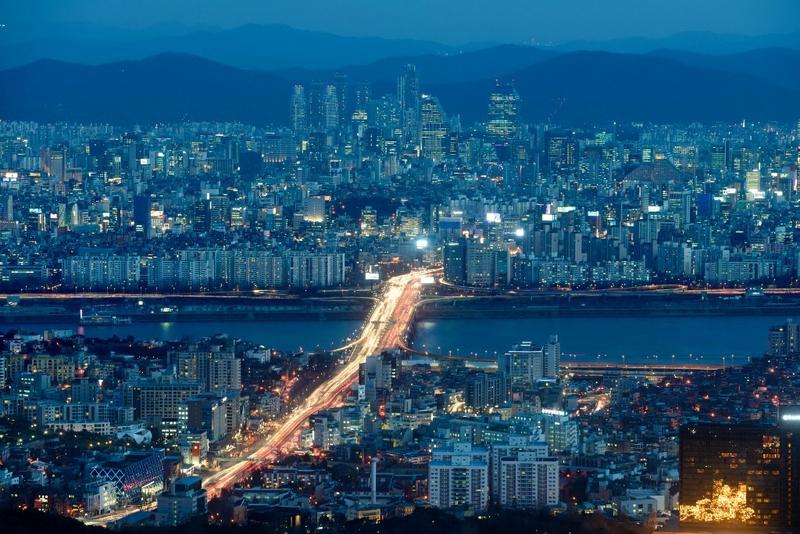 This photo dated Feb 4, 2014 showed a general view of the Gangnam area (top) and Han river (center) in Seoul, South Korea. Home prices have skyrocketed recently in Gangnam, one of the richest neighborhoods in Seoul.  (ED JONES / AFP)

I am very sorry that I've disappointed the people at this grave time when we should be making all-out efforts to root out real estate speculation.

Kim Sang-jo raised the rent by about 14 percent in July, two days before a 5 percent cap on rent increases took effect as part of government efforts to protect tenants from unreasonable hikes.

"I am very sorry that I've disappointed the people at this grave time when we should be making all-out efforts to root out real estate speculation," Kim told a briefing.

Kim had served the president since Moon took office in May 2017, first as antitrust chief and then chief policy advisor.

Home prices in Seoul have shot up more than 50 percent since 2017, the fastest pace in the world, according to statistics site Numbeo.

The uproar over housing affordability intensified earlier this month after employees of a state housing developer was accused of insider trading in land.

The issue has taken a toll on Moon's approval ratings, which hit record lows this month, and is hurting support for his Democratic Party ahead of a by-election next month to pick the mayors of the country's two largest cities, Seoul and Busan.