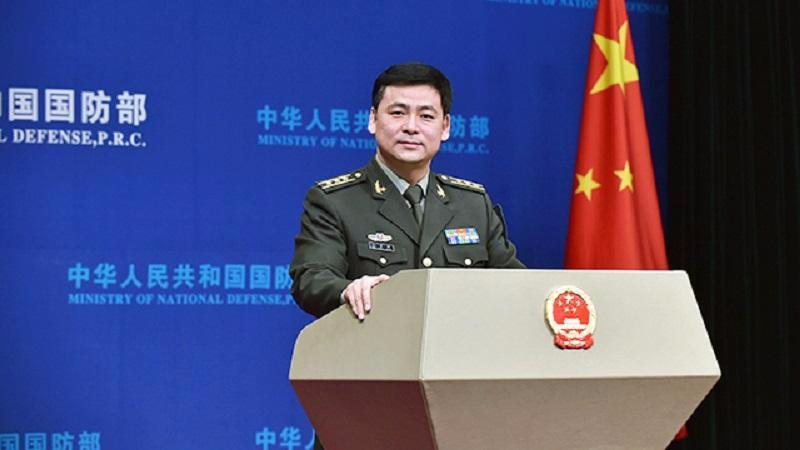 Ren Guoqiang, a spokesperson for the Ministry of National Defense, made the remarks when asked for comment on the recent dispatch of, or announcement of dispatching, warships to the South China Sea by certain NATO countries for the so-called "freedom of navigation" mission.

Thanks to concerted efforts of countries in the region, the current situation in the South China Sea is generally stable, a spokesman for the Defence Ministry said, noting that the so-called problem of "freedom of navigation" does not exist

Thanks to concerted efforts of countries in the region, the current situation in the South China Sea is generally stable, he said, noting that the so-called problem of "freedom of navigation" does not exist.

The region and the international community see that the security risks in the South China Sea are mainly from outside, Ren said. He called on relevant countries to make constructive contributions to regional peace and stability instead of making troubles out of nothing.

"Neither today's world nor China are what they were 100 years ago," Ren said. "China always respects the freedom of navigation and flight in the South China Sea enjoyed by all countries per international law, but firmly oppose any act jeopardizing sovereignty and security of littoral states."

Ren urged relevant countries to safeguard common interests and uphold peace, stability, and prosperity in the region and the world.

At the same press conference, Ren said cooperation is the only right choice for China and the United States, and the US side should rationally view the development of China and the Chinese military.

Ren made the remarks when commenting on the US side's recent claim that China is the "number-one pacing challenge" to the United States.

The US side's remarks have reflected its Cold War mindset, said Ren, adding that its stunts of creating enemies and playing up threats serve only to create excuses for sustaining its hegemony.