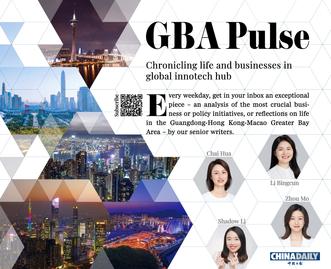 ZHUJI, China - The Guangdong Southern Tigers came up rampant in the fourth quarter to rally past their archrivals the Beijing Ducks 94-89 as the fourth stage of the CBA regular season kicked off here on Wednesday.

Top-ranked Guangdong will face the Shanxi Loongs on Saturday, while Beijing squares off against the Sichuan Blue Whales

Trailing by seven points after three quarters, Guangdong outscored Beijing 30-18 from there, including an early 19-2 surge, and extended their winning streak to five matches.

In front of limited spectators allowed into the venue starting from Wednesday, backcourt duo of Fang Shuo and Liu Xiaoyu combined for Beijing's first 10 points. Coming off the bench, Guangdong's second-string roster increased the tempo, as the defending champions answered with a 13-2 run to reclaim an upper hand. Zhu Yanxi's three-pointer pulled Beijing within 23-19 at the end of the first quarter.

Zhu carried his favorable shooting form into the second period, scoring eight points down the stretch. With seven points, Liu became the other Beijing player that made a big contribution in offense. He converted a pair of free throws to knot the score at 31-31 midway through the quarter, while Guangdong kept a two-point advantage at the intermission.

Four different players sank a three-pointer apiece as Beijing set up a five-point cushion early in the third quarter. They led by as many as nine points before racing ahead 71-64 going into the final frame.

But Wang Xiaohui, one of Beijing's best defenders, sprained his left ankle in the third quarter. Coupled with Fang and Liu's foul troubles, Beijing's defense faded thereafter, and Guangdong pulled off their comeback through solid performance on the free-throw line.

Guangdong coach Du Feng said in the first match of the fourth stage, his side had the same problem of a slow start, but it served as a warning in the team's upcoming matches.

"We gradually found our feeling in difficulties. We fought hard in this game," he commented.

Beijing had their four-game winning streak snapped. Liu scored a game-high 22 points. Fang and Zhu each had 14. Justin Hamilton registered a double-double of 13 points and 14 rebounds.

"We keep learning," said Christopoulos. "To beat a team like this, you need to be focused for the whole game and eliminate mistakes in crucial moments."

Guangdong kept a perfect head-to-head record against Beijing this season. Their final encounter in the regular season will take place on April 5.

Top-ranked Guangdong will face the Shanxi Loongs on Saturday, while Beijing squares off against the Sichuan Blue Whales.