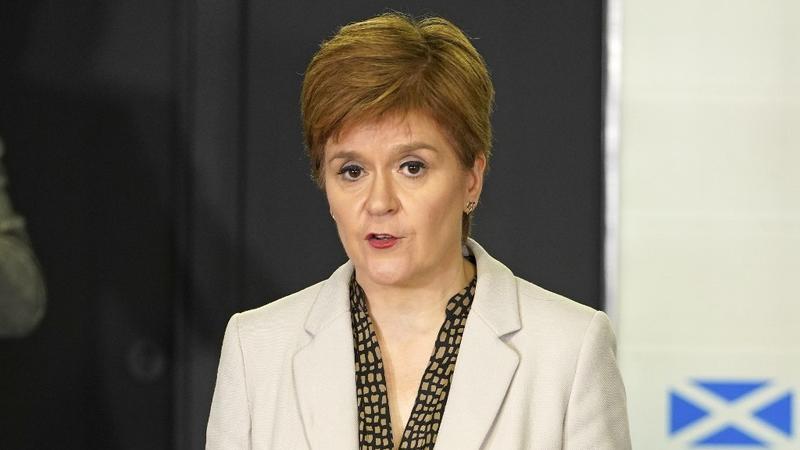 Scottish First Minister Nicola Sturgeon will seek to shift the focus back onto her push for an independence referendum after she was cleared of breaking the ministerial code.

A report on Monday by James Hamilton, a former head of Ireland’s public prosecutions, found Sturgeon didn’t breach the guidelines over how she dealt with allegations of sexual harassment against her predecessor, Alex Salmond. Hamilton also dismissed suggestions that she attempted to influence the investigation and she misled parliament.

The Scottish National Party leader is now all but sure to survive a no-confidence vote on Tuesday that Prime Minister Boris Johnson’s Conservatives had hoped would derail the separatist movement by removing its champion.

The result of a separate investigation into the handling of the allegations against Salmond by a cross-party committee of lawmakers is due to be published earlier on Tuesday. That, though, is likely to be overshadowed by Hamilton’s verdict. The key findings from the committee’s report were leaked to UK media last week, prompting accusations of partisan meddling.

Weeks of political drama in Scotland now appear to be coming to a head before a key election on May 6. Had Hamilton’s conclusions gone the other way, pressure would have increased on Sturgeon -- one of Britain’s most prominent politicians and a key adversary of Johnson -- to resign.

Since taking over the leadership in 2014, Sturgeon has been the public face of independence and opposition to Brexit. Over the past year, she’s also won support for her handling of the pandemic compared with Johnson.

Polls show there’s now majority support for calling time on the three-centuries-old union with England and Wales, and the Scottish government put forward draft legislation on Monday outlining a roadmap to another referendum. That’s designed to create a showdown with the UK. government over the right to hold one.

But the public falling out with Salmond, the former friend and mentor of Sturgeon, has gripped the nation of 5.5 million people in recent weeks. The question is how it will play at the ballot box.

The SNP needs a majority in the May election to exert more pressure on the government in London to grant the vote on independence. A poll last week showed a slip in support for the SNP, albeit with the party still scoring a big victory over Johnson’s Conservatives, who oppose another referendum as well as independence.

The recent drama stems from the fallout from the Salmond investigation. He was acquitted by a court last year of sexual assault, and a judge earlier had ruled that the way the Scottish government had investigated the claims had been unlawful.

That then led to two inquiries, one by the cross-party committee of lawmakers into the handling of the allegations against Salmond and the one by Hamilton into whether Sturgeon broke the ministerial code. The latter was always going to be the more critical to her future.

That became more apparent after the committee’s inquiry was discredited by Sturgeon and her party after what they called “partisan leaks.” Sturgeon said she stood by all eight hours of evidence she gave to the inquiry and wasn’t surprised by the findings that emerged via UK media.